Home » Destinations » Europe » Iceland » 5 Awesome Things To Do In Iceland

5 Awesome Things To Do In Iceland 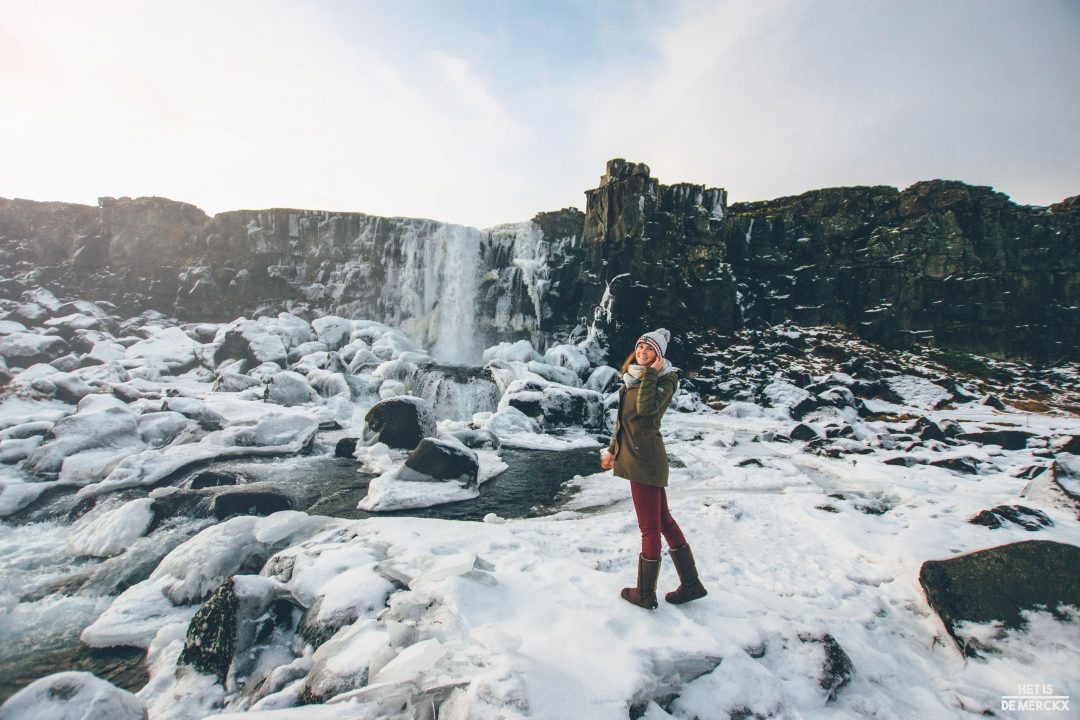 Iceland is a beautiful country that has a lot to offer in terms of nature. We stayed 1 week on this beautiful island and these were our highlights of the South part!
In Iceland you must have a car. The distances are quite long, so we decided to rent a car. There are several companies that rent cars, but our choice went to Lagoon Car Rental. They provide a good and correct service with an extensive range of cars, from city cars to 4×4 jeeps! As we were in Iceland in the month of November, we chose a 4×4 Jeep which we highly recommend!

This famous waterfall is located along Route 1 at 120 km from Reykjavik and can hardly be missed. This waterfall is usually quite crowded, as it is part of the ‘Golden Circle Tour‘. The special thing about this waterfall is that you can walk behind it! If you want to do this, you should take something with you to protect your camera from the water

It’s phenomenal how fast the landscape evolves!  The first 2 photos were taken only a few days before the last 2 photos. As you see, the landscape has been transformed into a totally different picture! 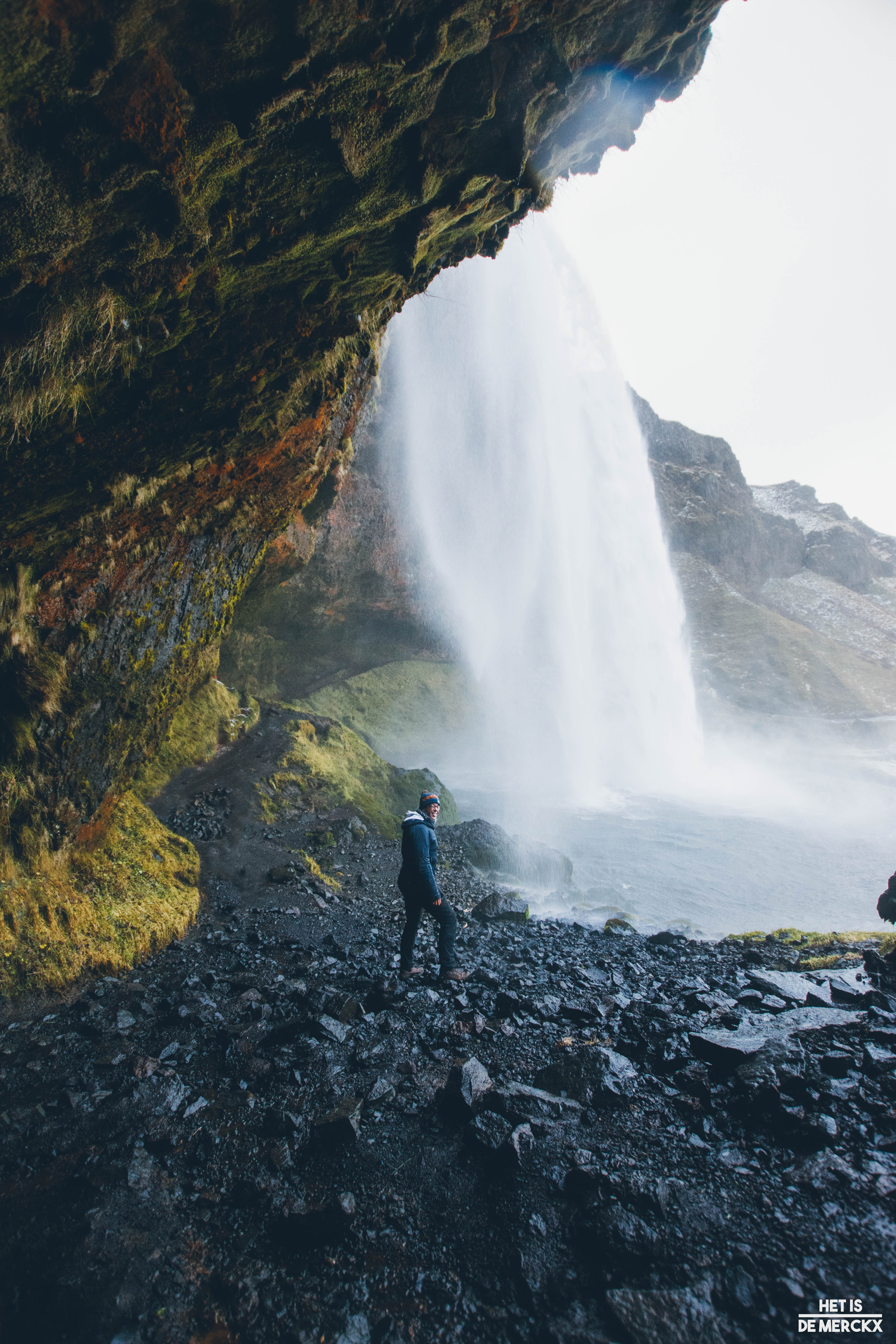 Seljalandsfoss waterfall in the South 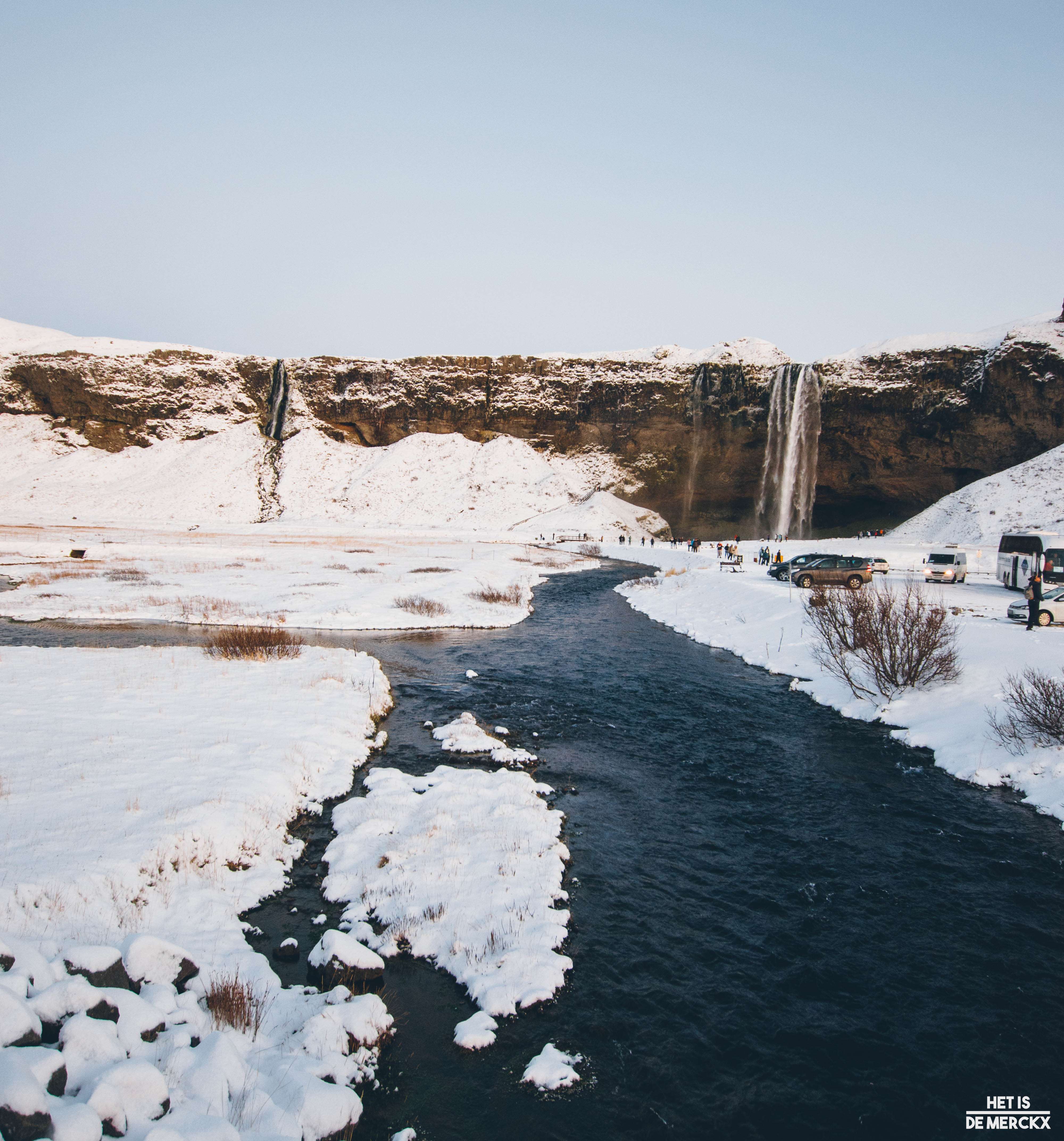 Seljalandsfoss waterfall in the South, only a few days later 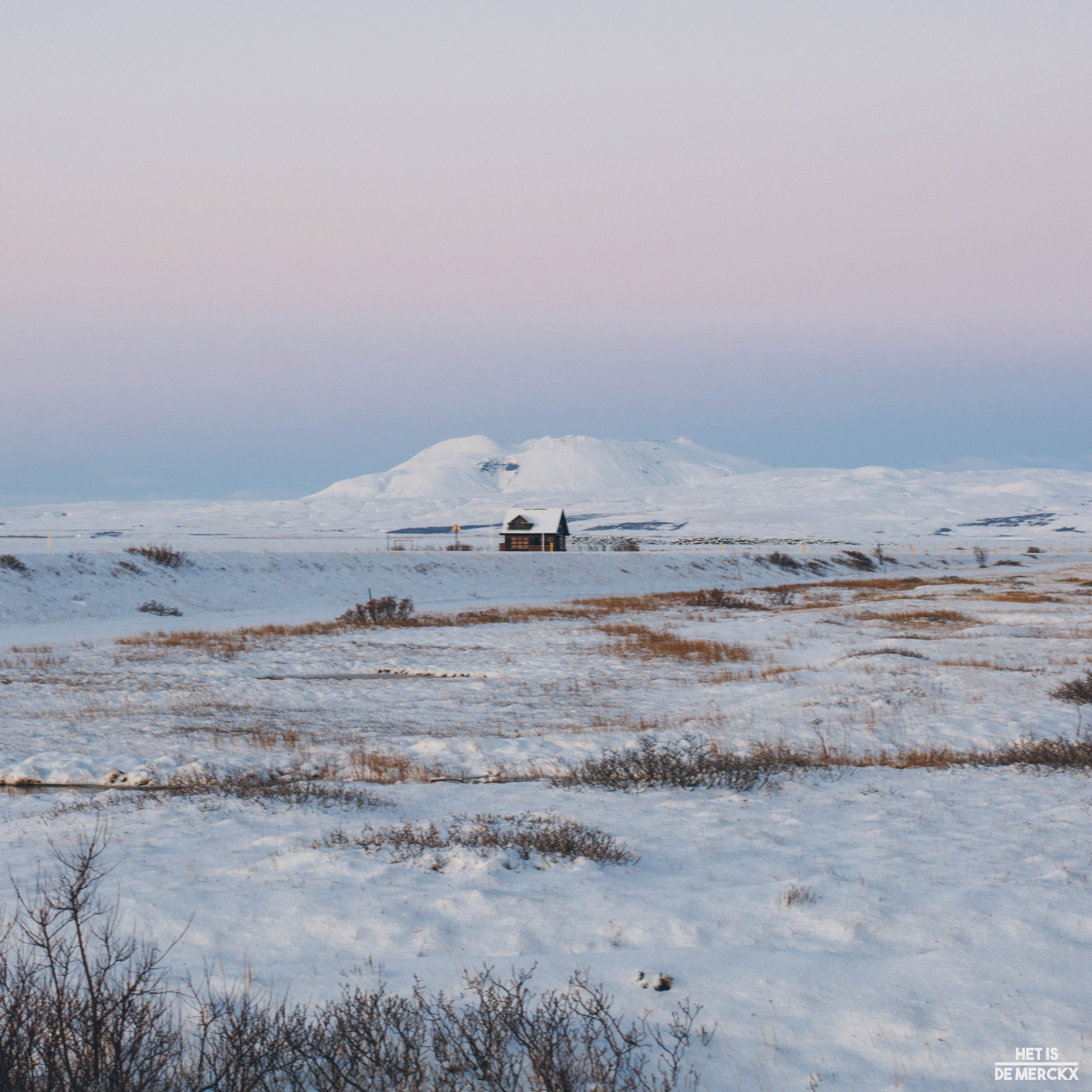 Seljalandsfoss waterfall in the South, only a few days later

Þingvellir is one of the three national parks of Iceland, located in the southwest of the island. This park is located only 40 km from the capital Reykjavik and is part of the UNESCO World Heritage Site. Þingvellir National Parc forms the geological boundary between Europe and North America and contains a 6 km wide and 40 km long subsidence. You can visit the famous Öxarárfoss waterfall, which is about 20 meters high and artificially created. They have extended the river Öxara, so that it would merge into a waterfall. There are several beautiful highlights in the park, which are all clearly marked with signs. Þingvellir National Park is also part of the famous Golden Circle tour. 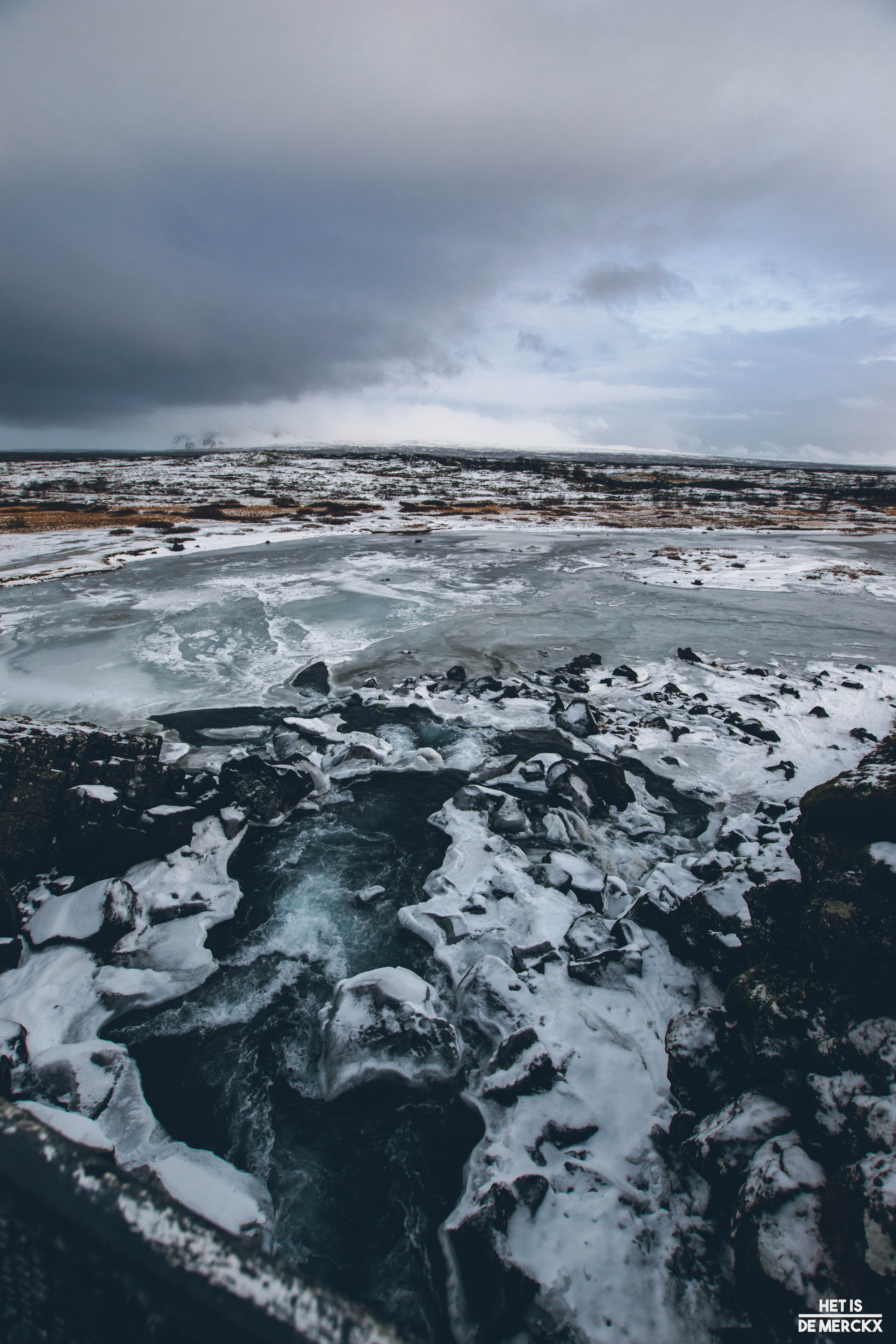 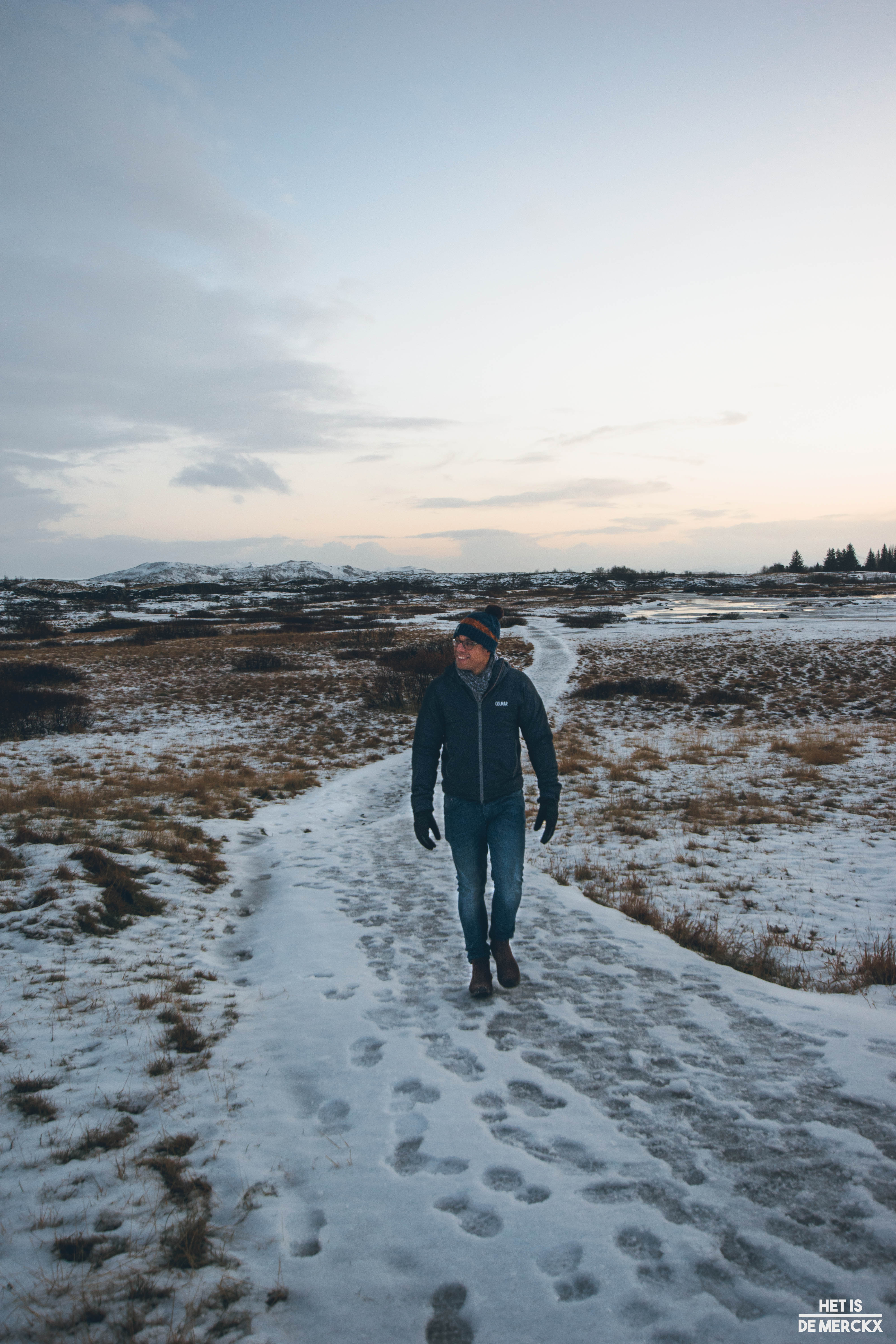 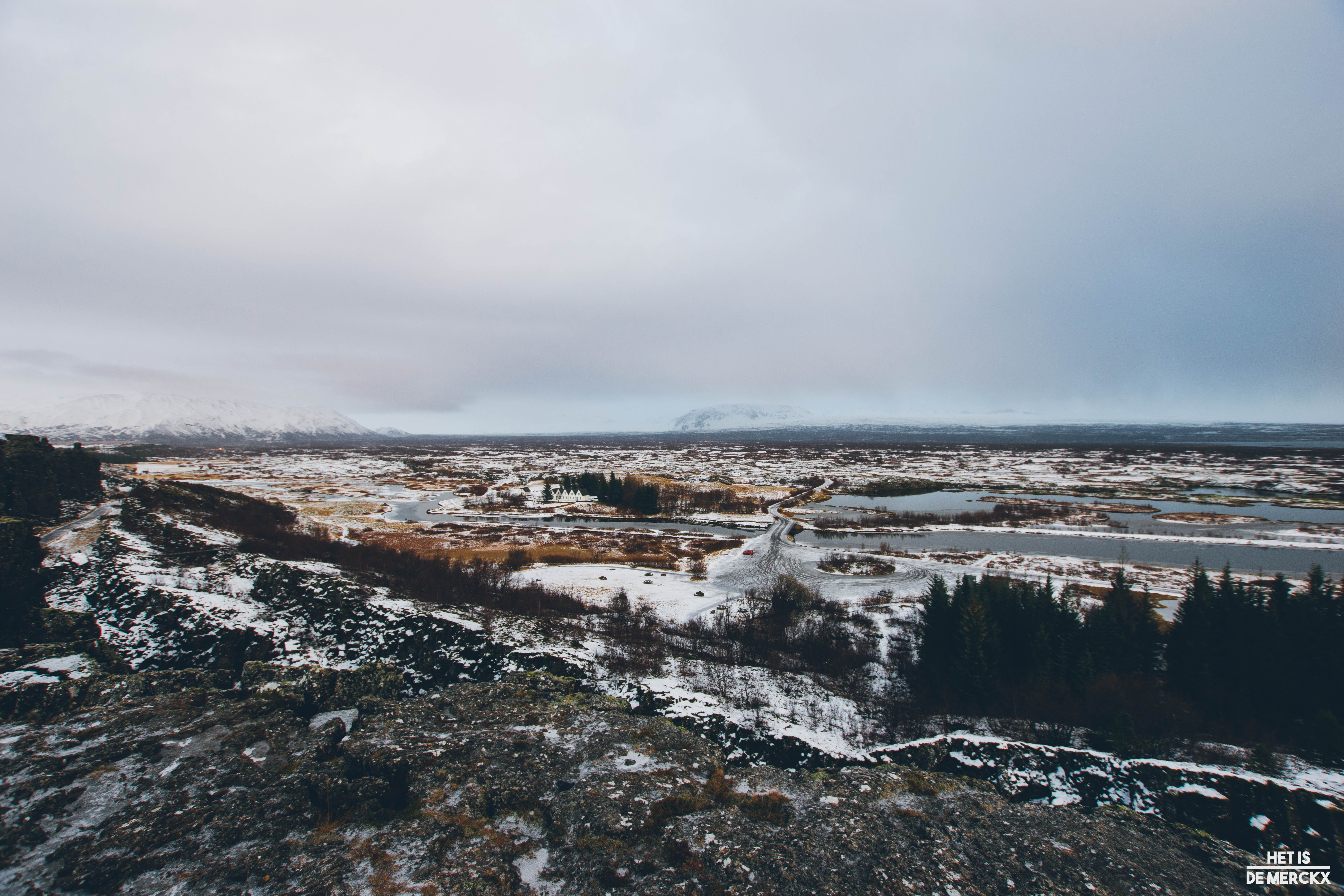 ICE ICE BABY ?? #hetisdemerckxiniceland ➳ Only 45 minutes away from Reykjavik, you have this awesome nature park. Definitely worth it ! They even recorded some Games of Thrones scenes here!? #tisiceland #iceland #visitreykjavik #reykjavikloves

Gullfoss is located at a 100 km from Reykjavik and is easy to reach by car. This waterfall is located in the canyon of the Olfusa river and when the sun shines, a beautiful rainbow often arises! We visited Gullfoss around the nightfall, that’s why the pictures are a bit dim. Gullfoss is just like Þingvellir national park and the Geysir is part of the ‘Golden circle tour’. We did one tour in Iceland, which was with Gray Line Iceland. They are a big Iceland Tour Expert and take you to the most popular and beautiful places. We really loved our guide, because he really enjoyed talking about his country. He gave a lot of inside information about all kinds of places. Also you have enough time to see the highlights, except for the real photographers under us. They will probably need more time 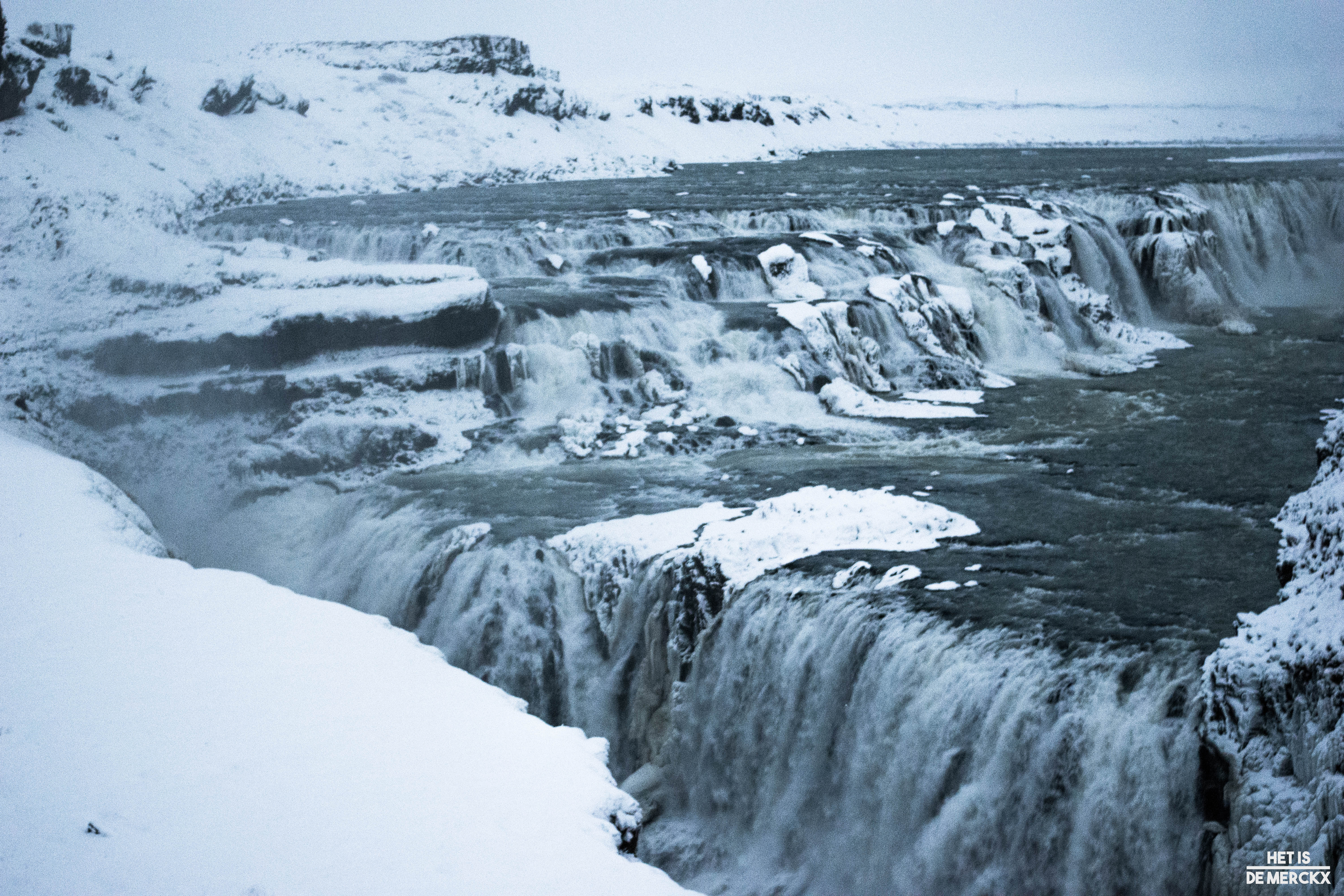 The power of nature 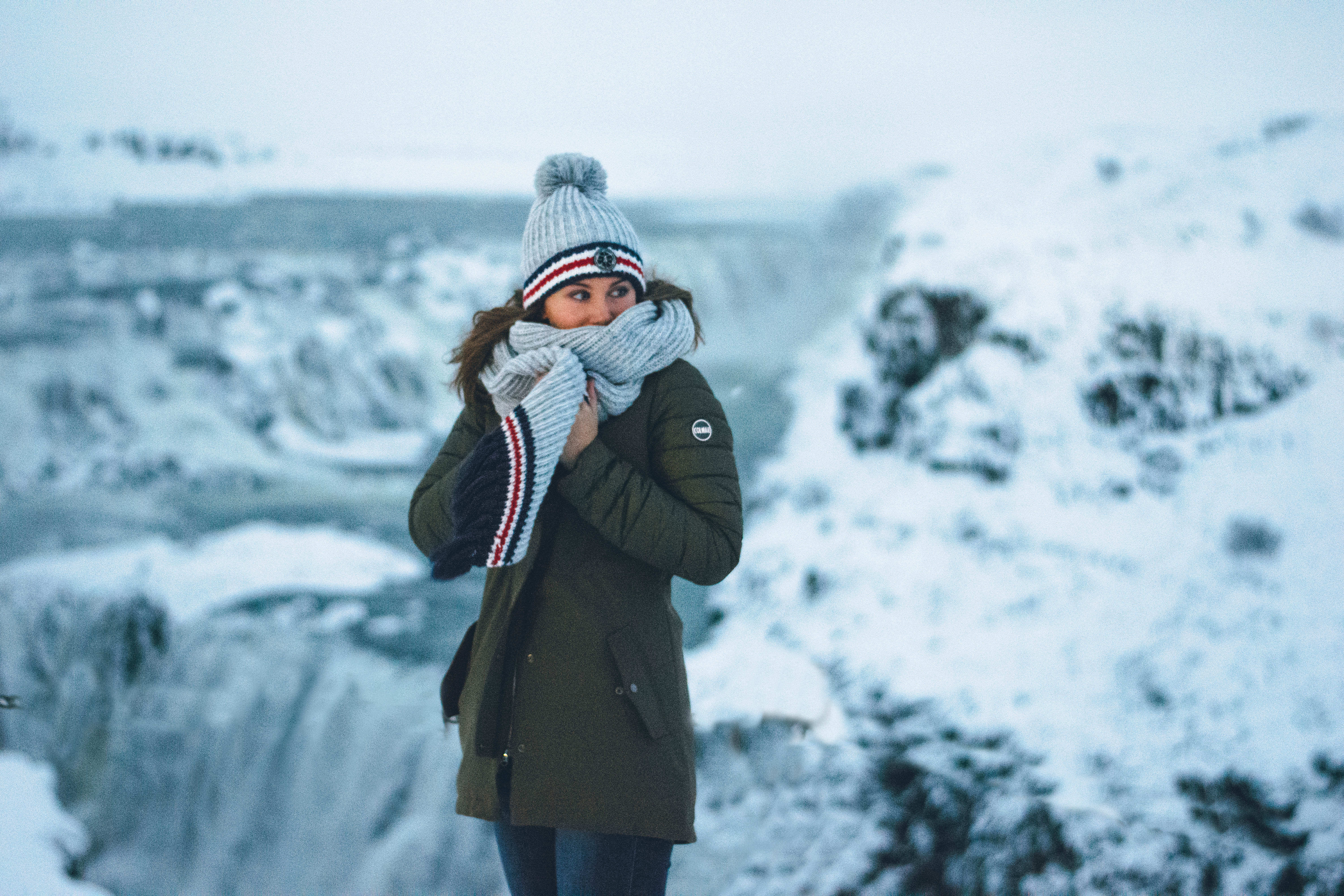 This 60 meter high and 20 meter wide waterfall is located near the village Skogar. Due to the atomization of the water, there is often a rainbow to see. This waterfall is also on Route 1, close to the town of Vik. You can perfectly combine this waterfall with Reynisfjara black sand beach, Sólheimajökull and the Sólheimasandur airplane wreck, as these sights are all very close together. 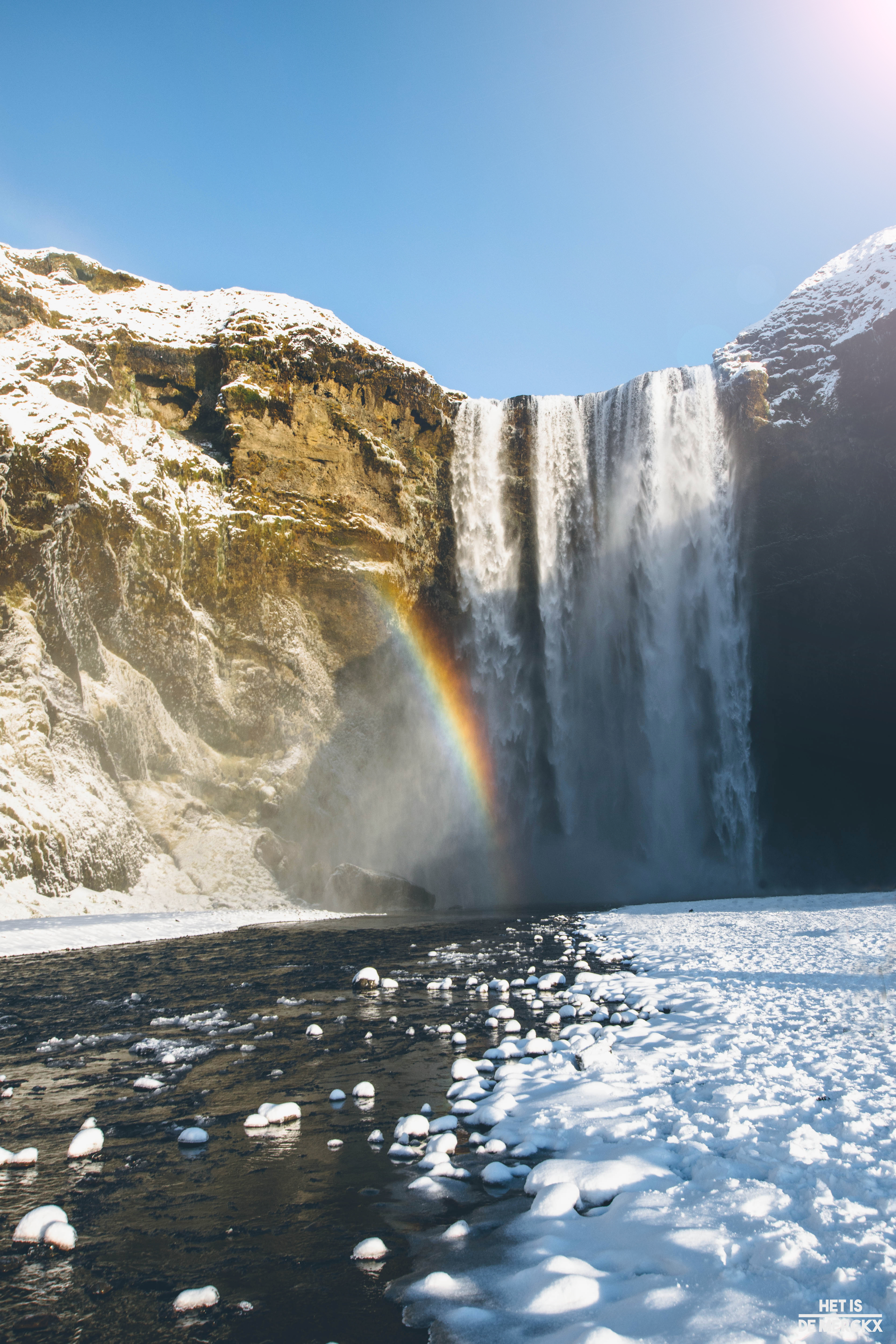 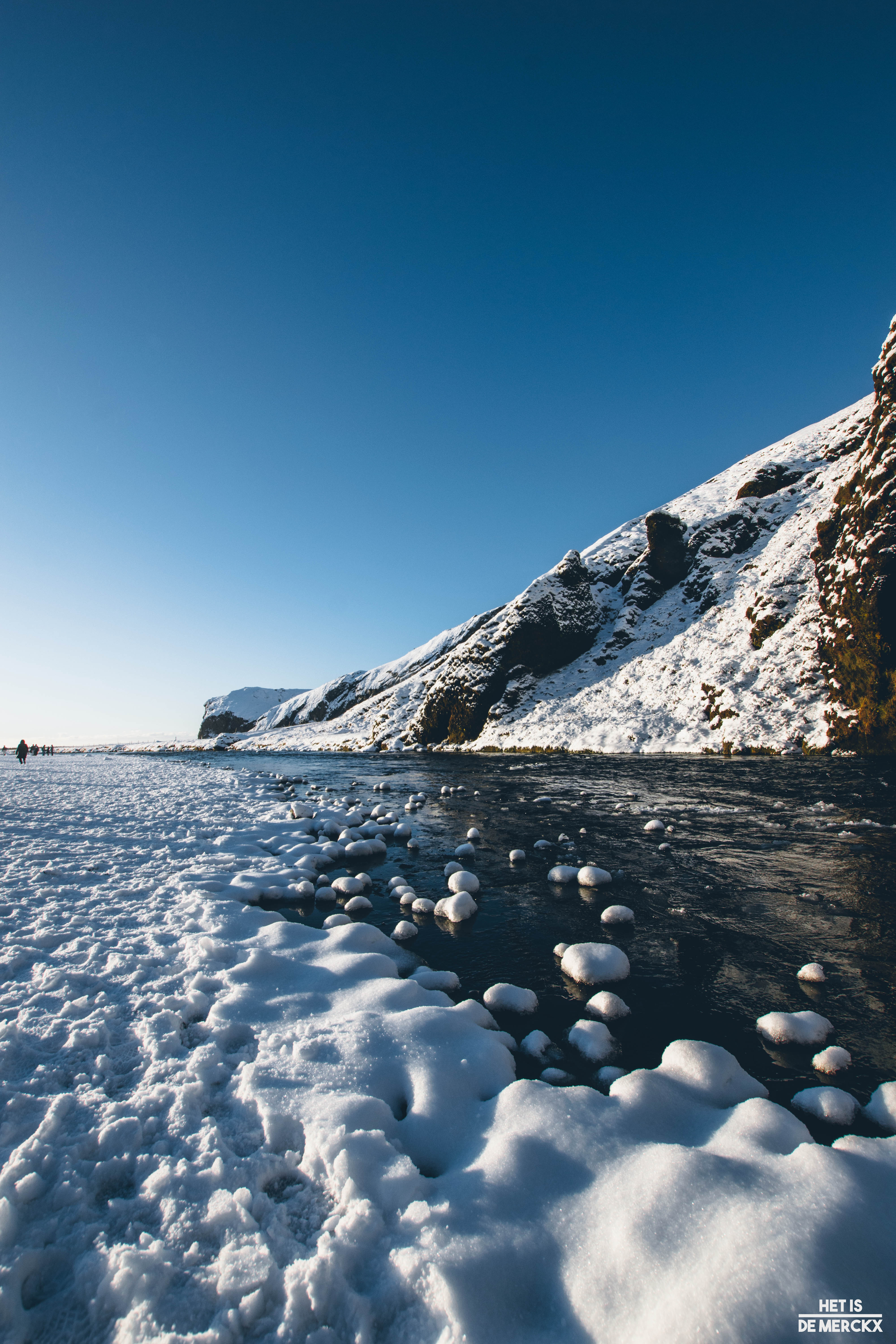 In Sólheimajökull is one of the largest and most active volcanoes in Iceland, Katla. This volcano lies under the Mýrdalsjökull glacier and erupts every 100 years. As a real adventurer, you will climb this glacier with the necessary equipment. We found this a fantastic experience with the necessary portion of adrenaline

! For those who are interested to push their limits and are looking for adventure, you can contact Troll Expeditions.This trip can be combined with the plane wreck located in Sólheimasandur, as these places are only 8 km from each other. 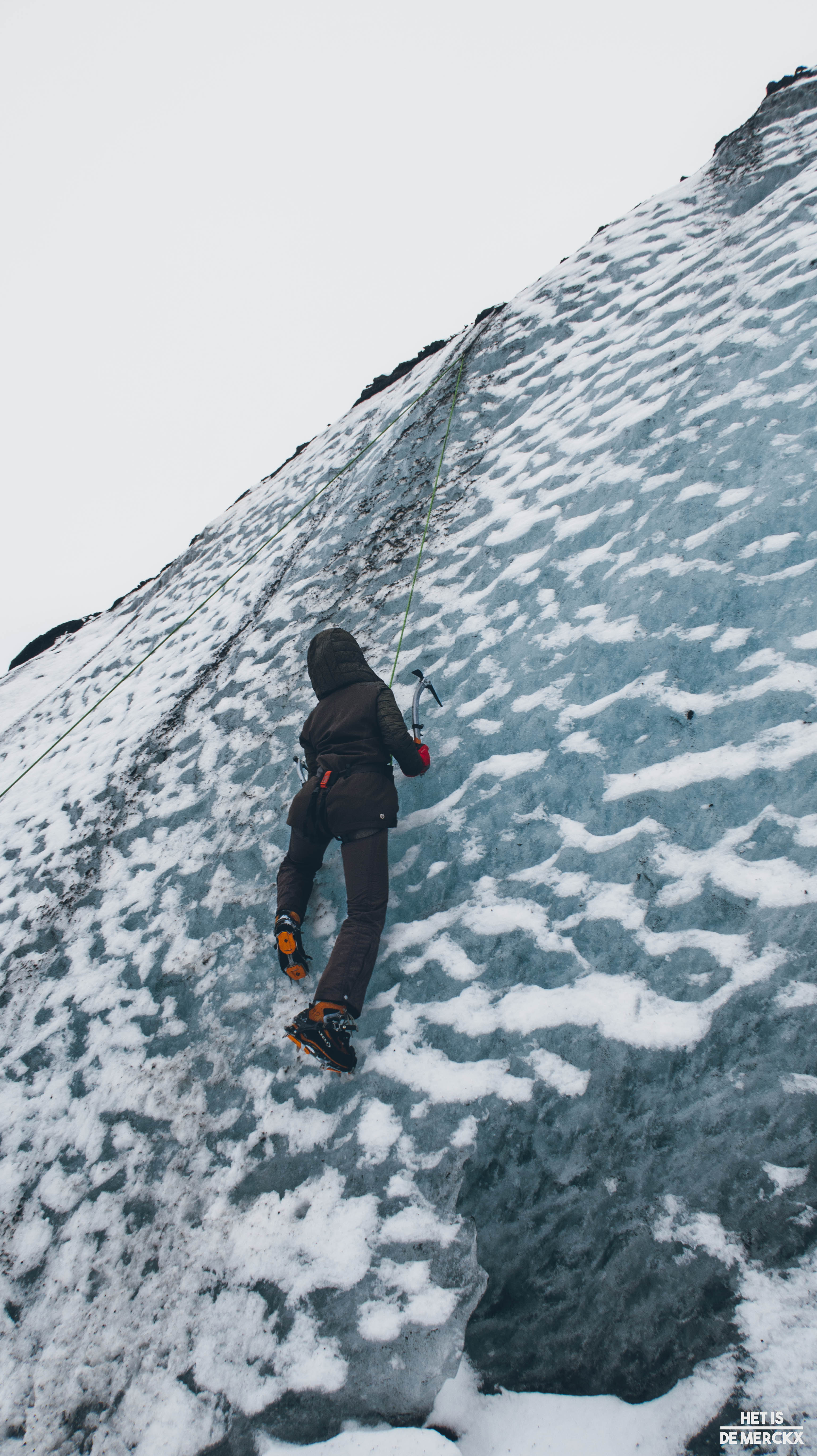 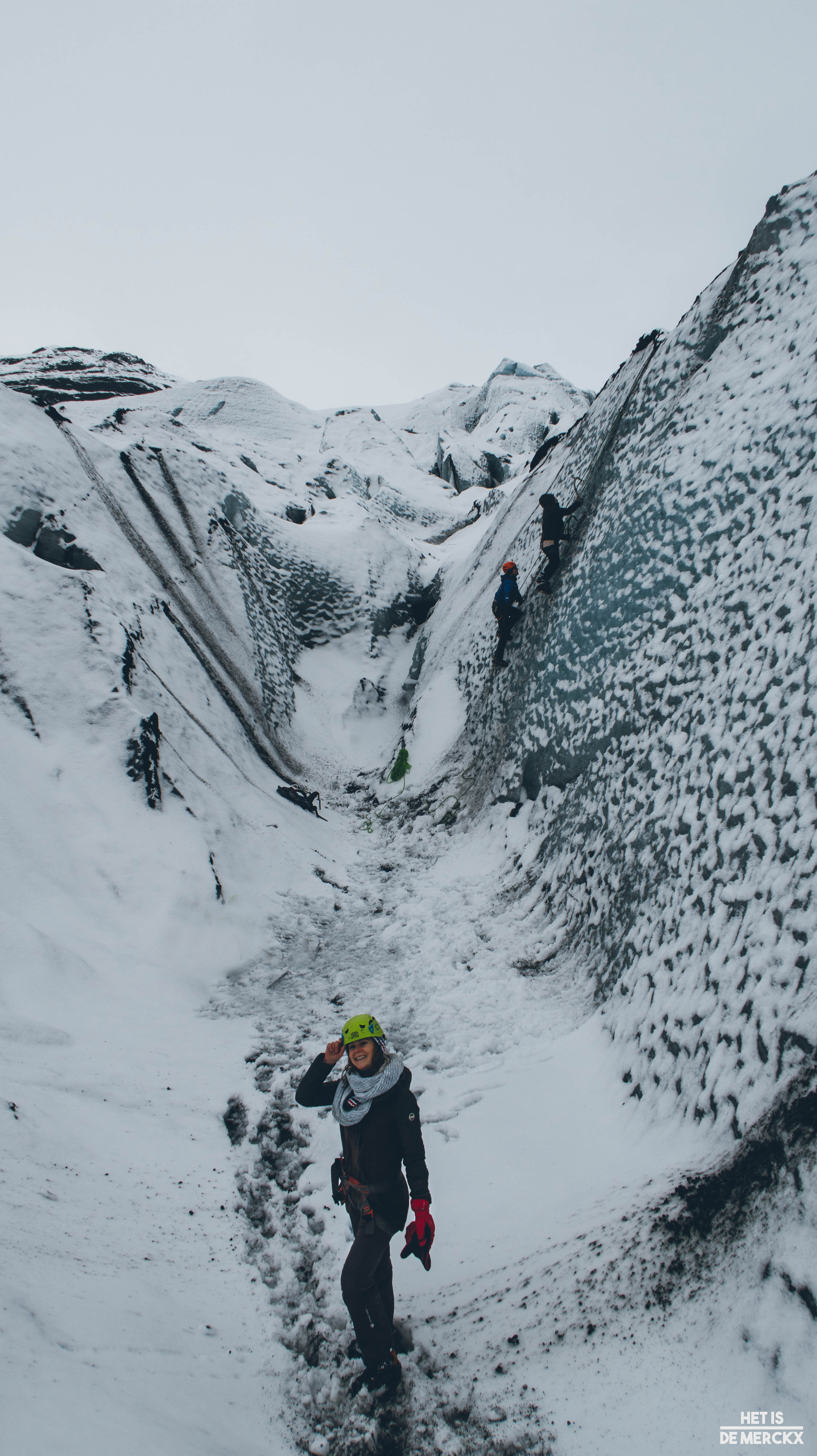 Ready for the hike 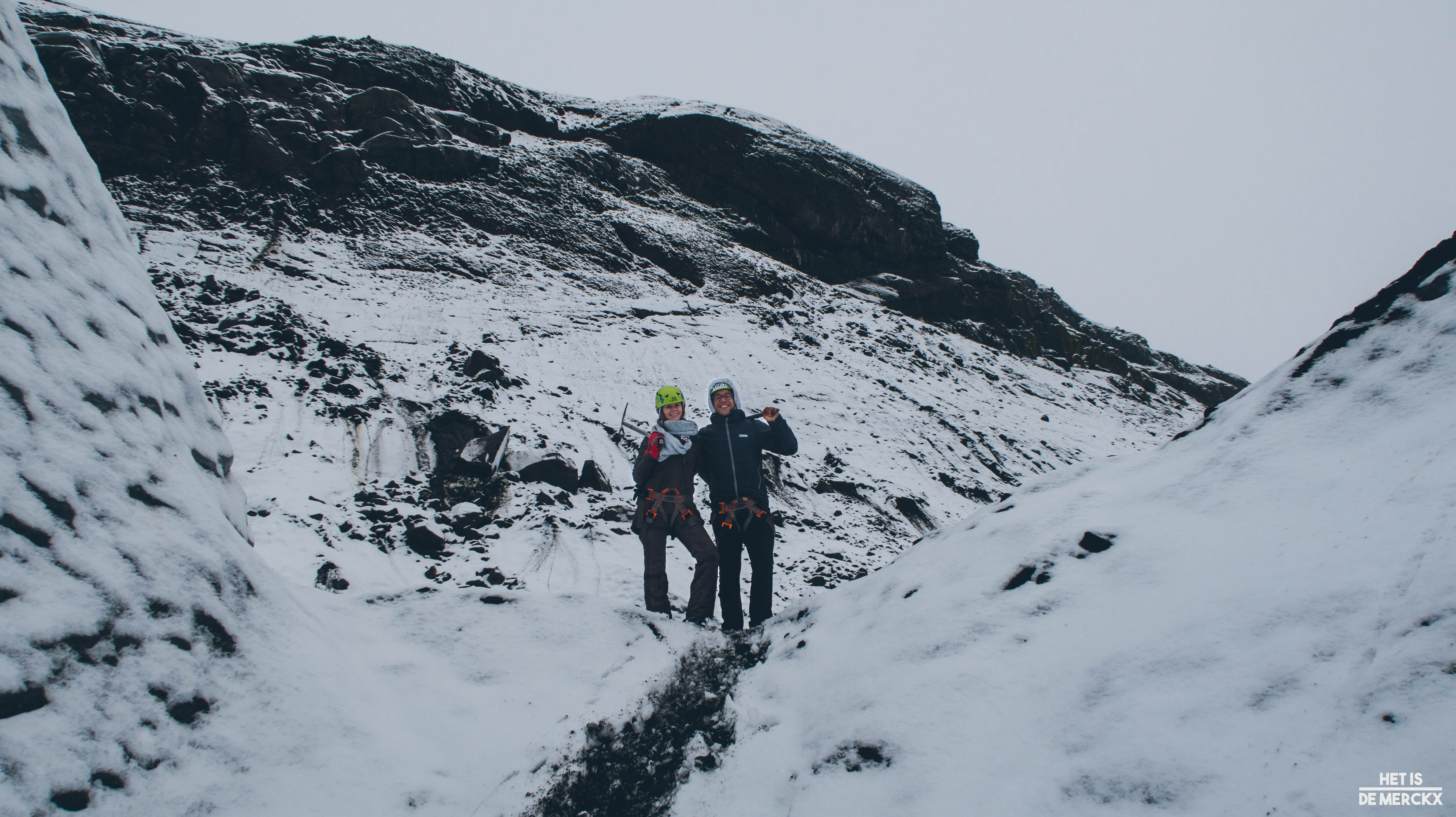 In Sólheimasandur, located in the south of Iceland, an American plane crashed in 1973. This place has now become one of the most photographed places on the island. The location of the plane is on the black beach with in the background the impressive glaciers of Sólheimajökull, which makes it quite unique! To get to the Sólheimasandur Airplane Wreck you must follow Route 1 from Reykjavik until the sign ‘Sólheimajökull’, you drive about 2 kilometers further and you will see a sort of ‘parking’ on your right side. Here you start to walk to the airplane wreck, which is about 4 kilometers away.

Do not do this alone when it gets almost dark! This place is quite remote and you quickly get disoriented here! Some tourists have died here in the past. 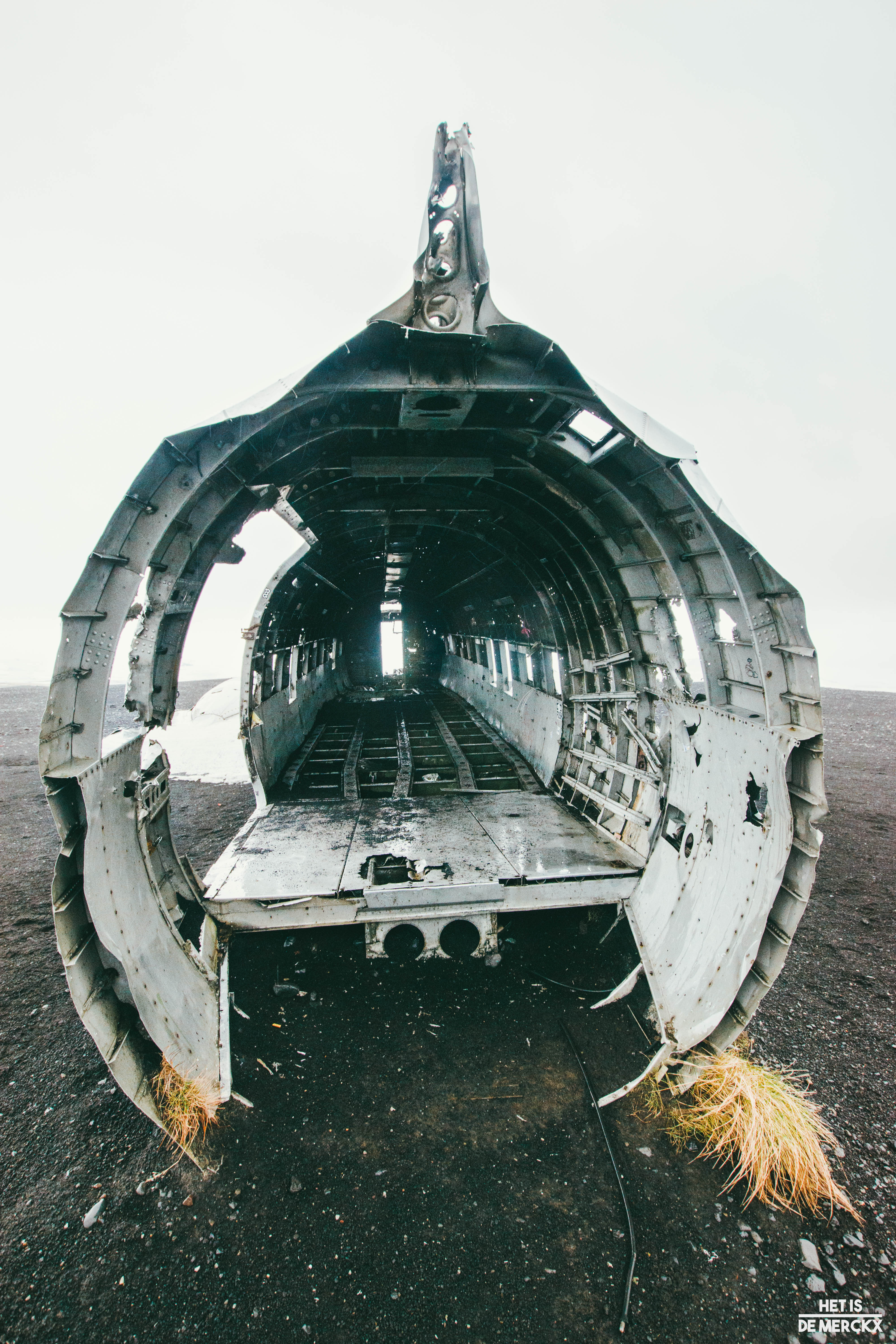 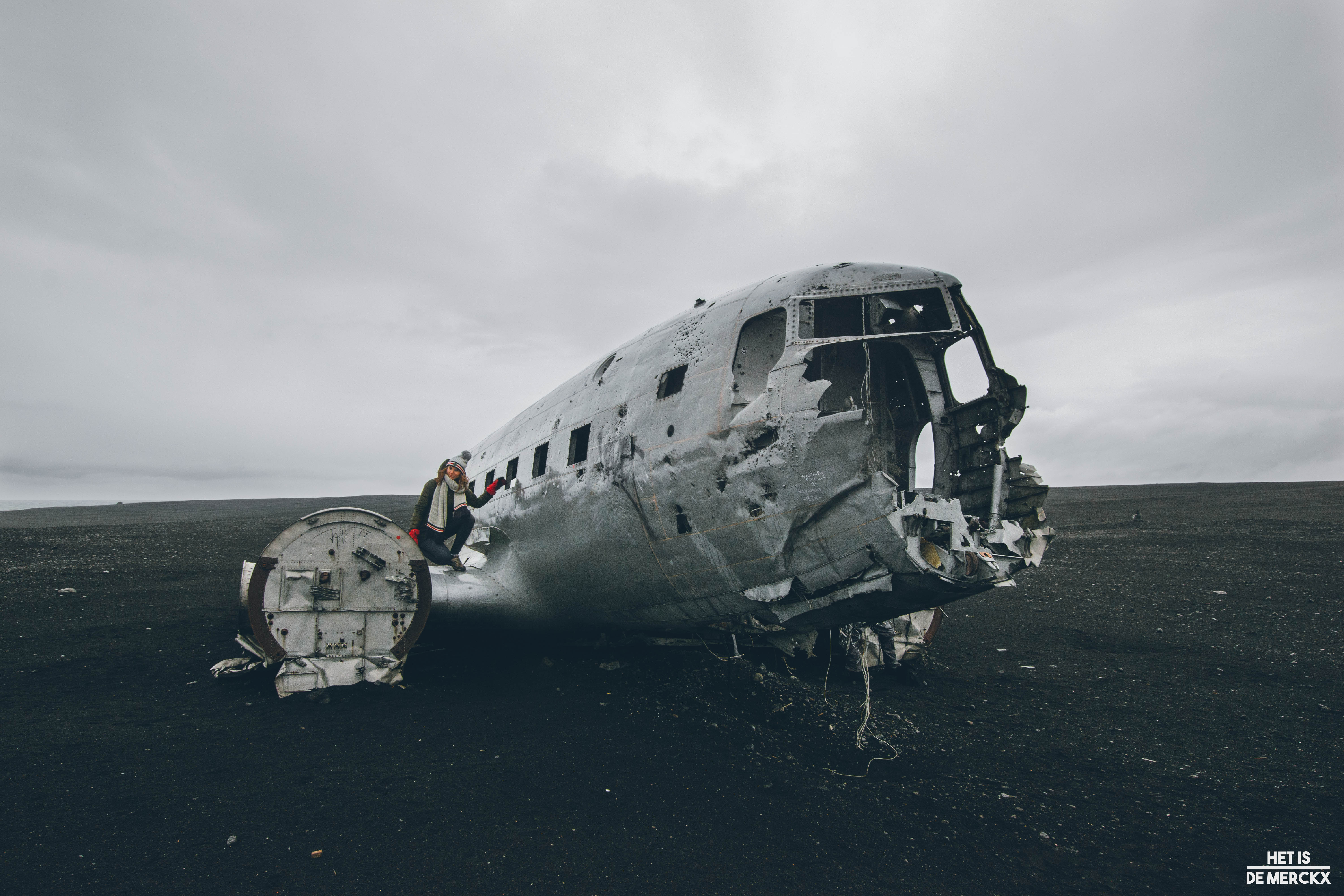 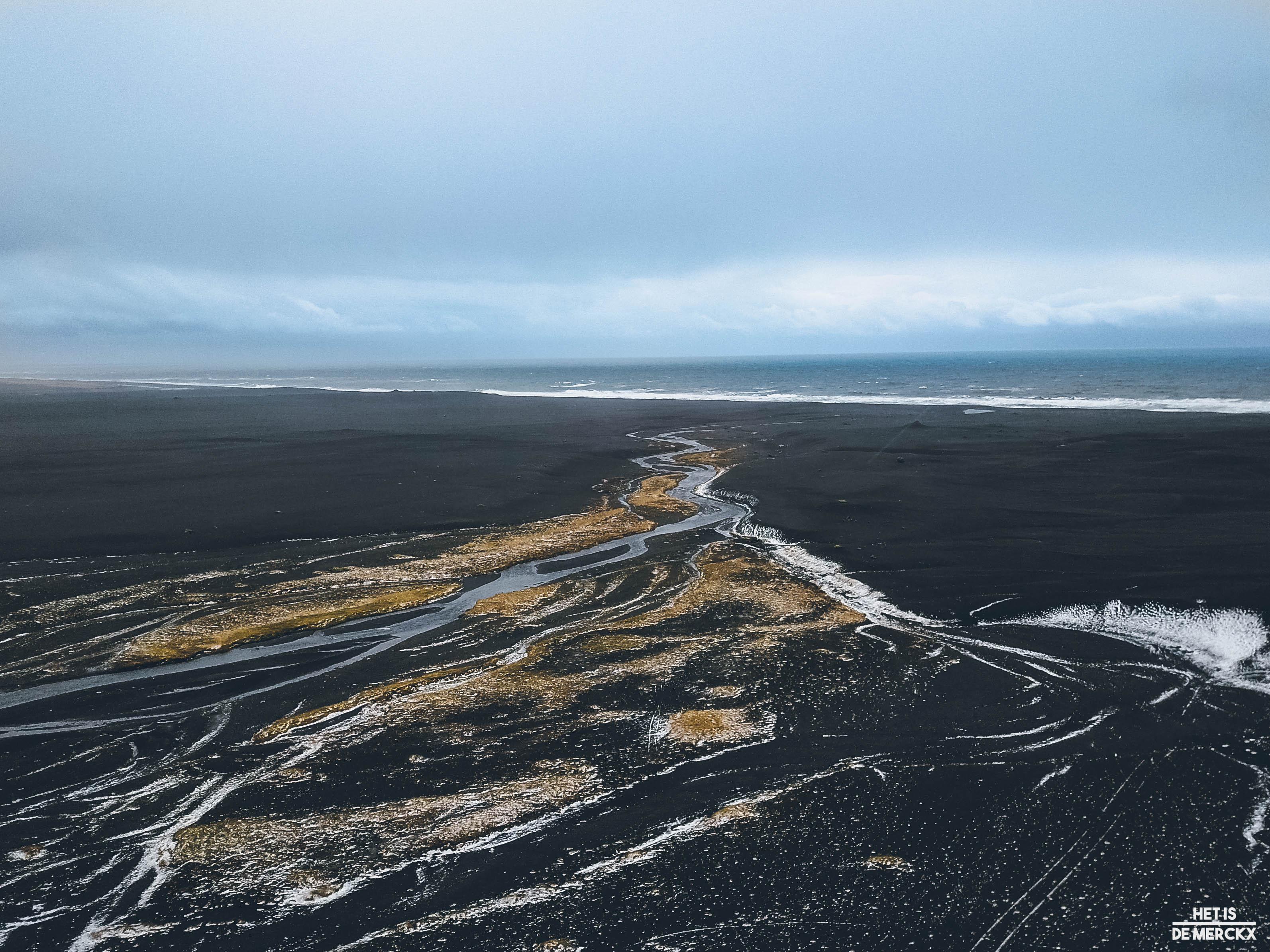 Droneshot of the environment of the Plane Wreck

Reynisfjara Black Sand Beach is located in the southern part of Iceland. This black beach consists entirely of lava. The lava flowed into the ocean in the past, where it almost immediately cooled off. In 1991, National Geographic declared Reynisfjara Black Sand Beach as one of the 10 most beautiful non-tropical beaches on the planet! You can easily get there by car from Reykjavik by following the Route 1 for 180 km. 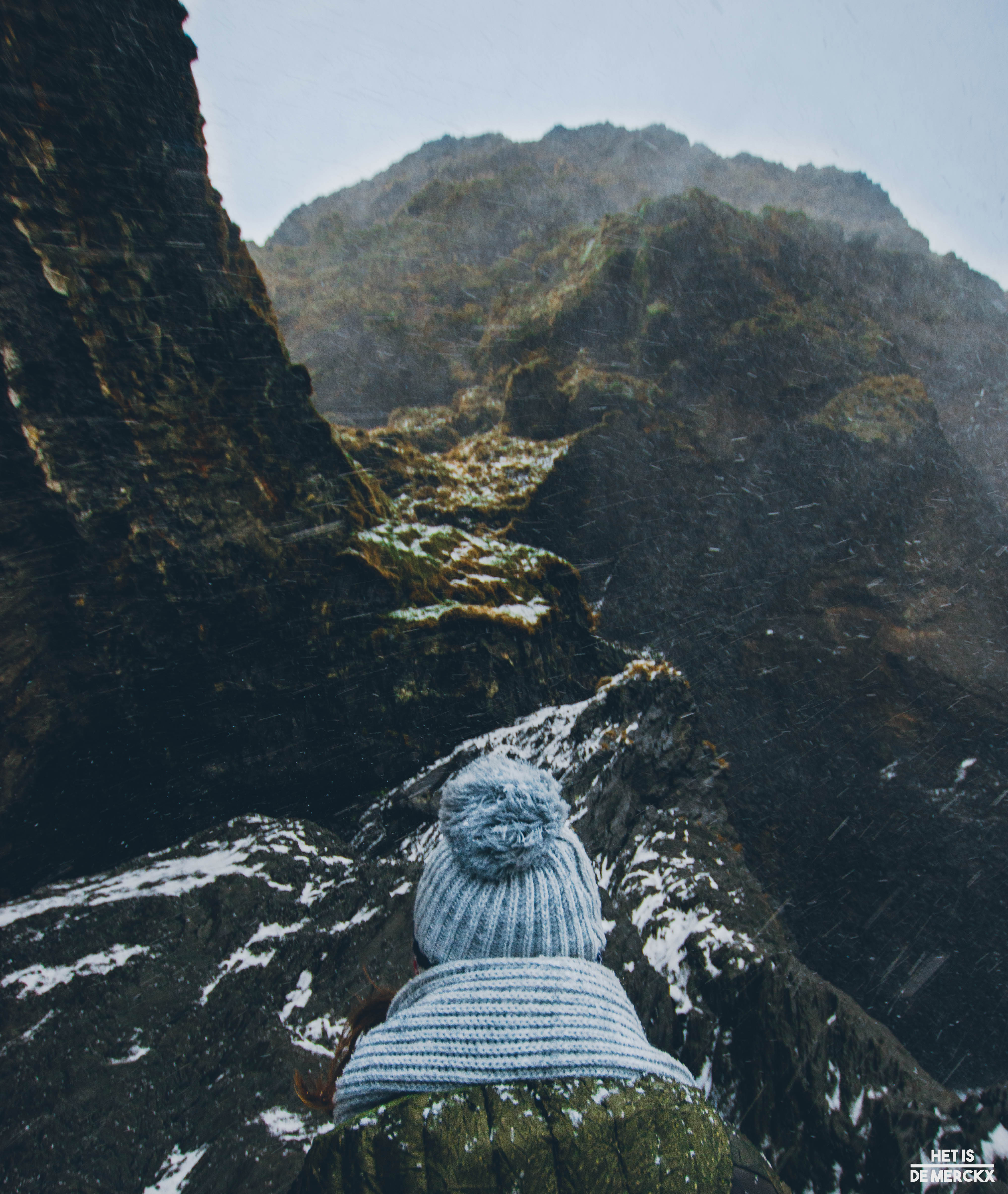 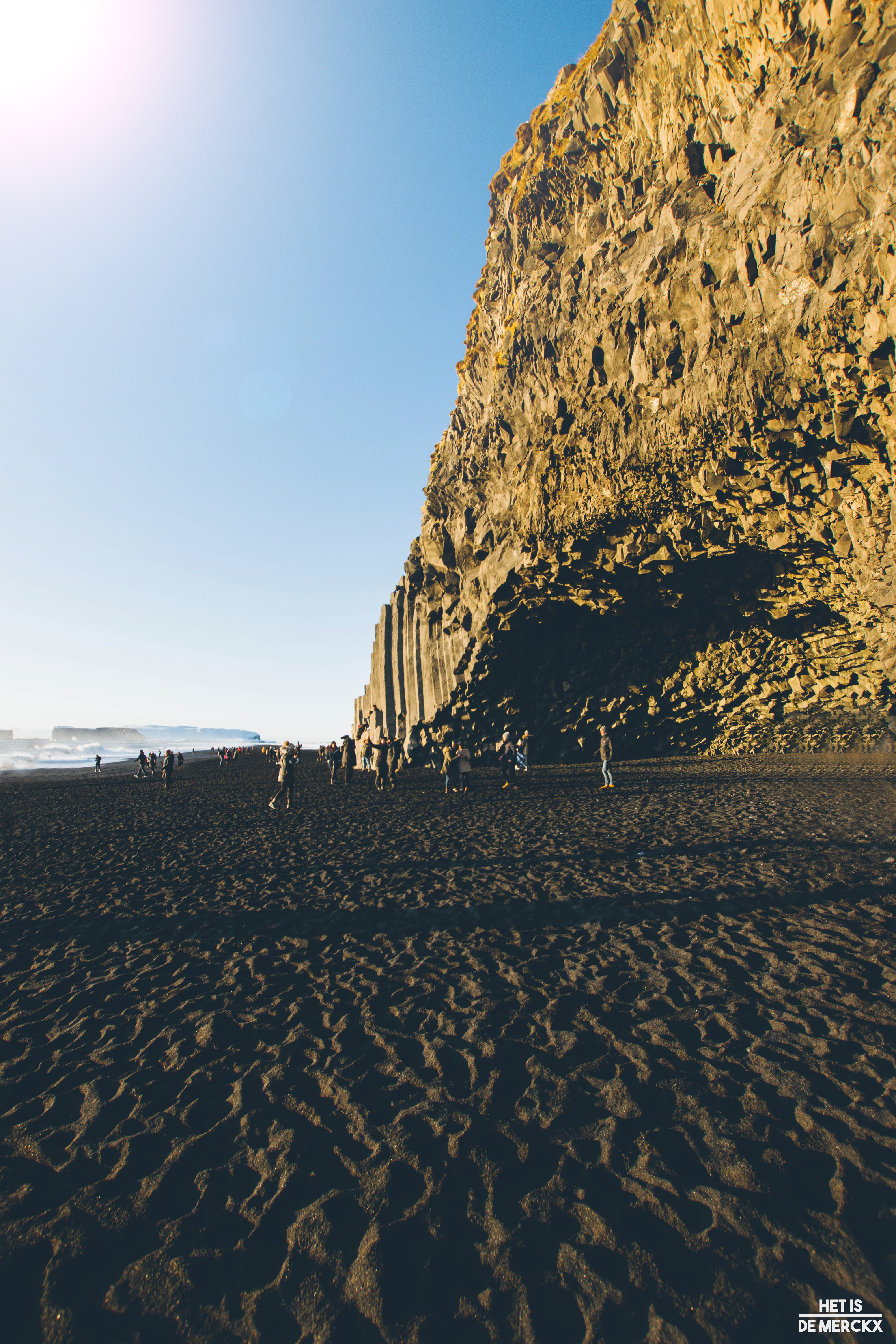 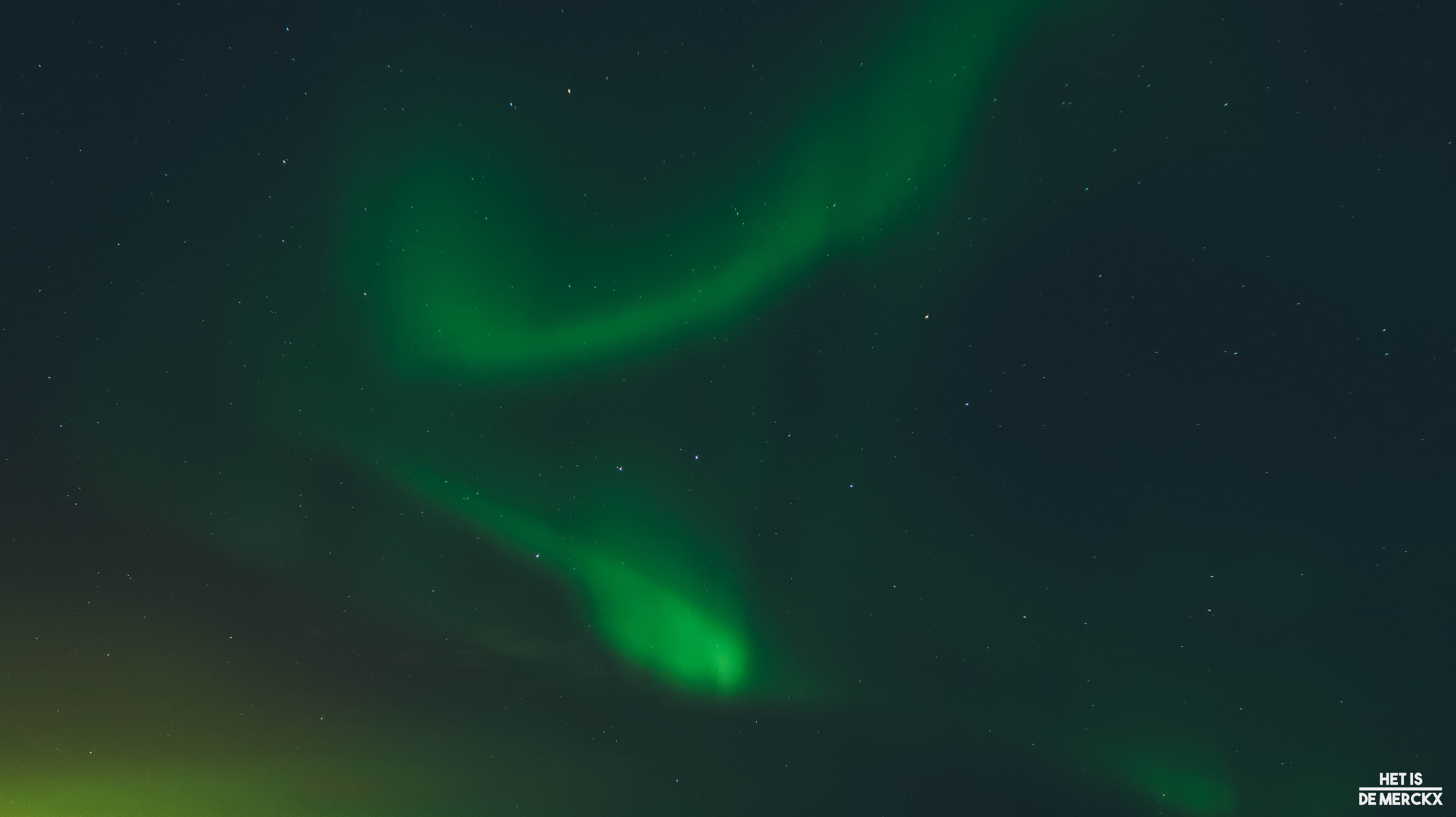 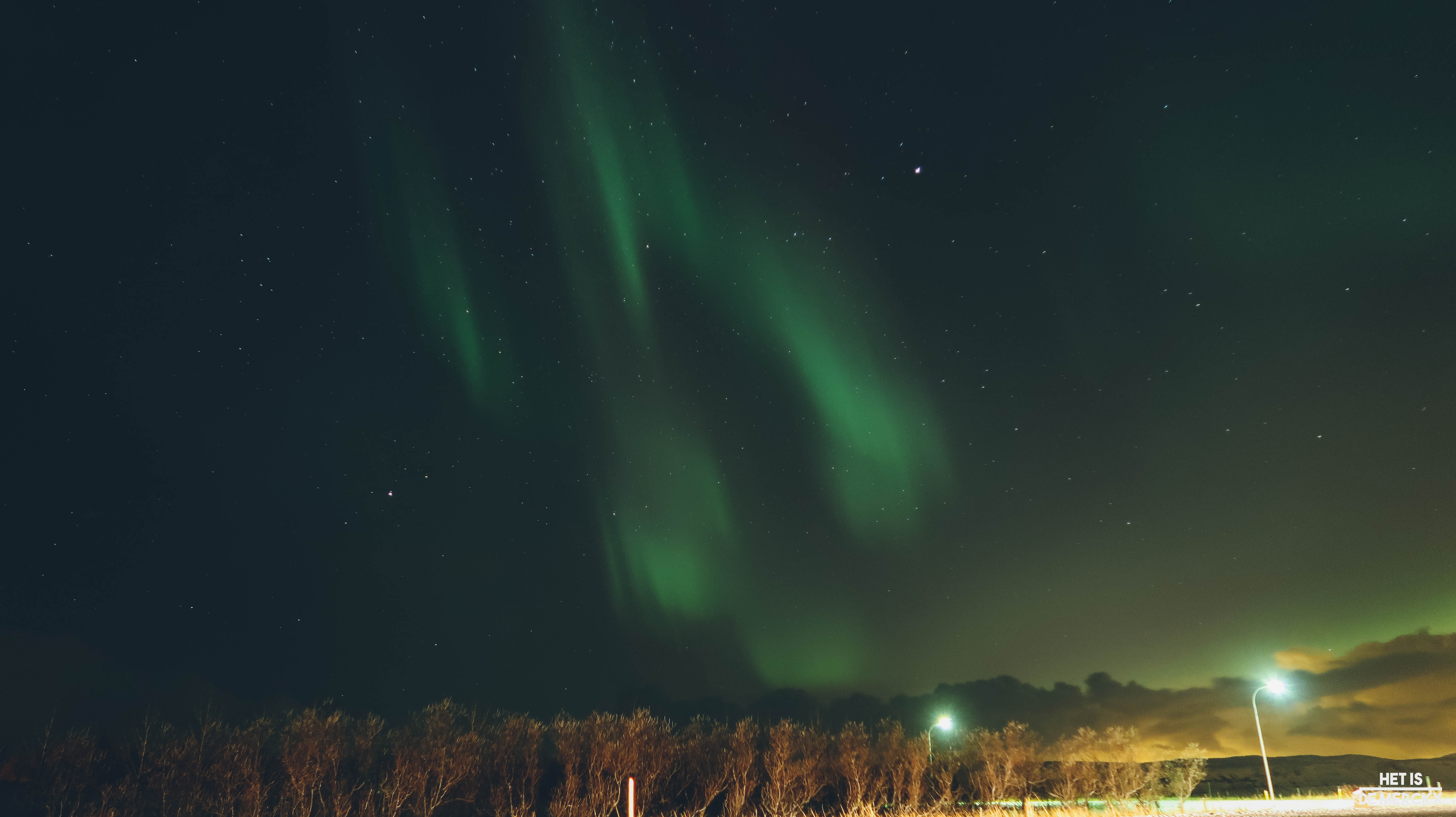 Read here our blog with 15 things you probably didn’t know about Iceland! 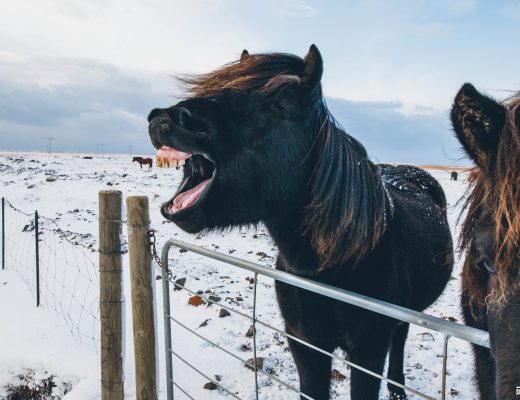 15 Things you didn’t know about Iceland 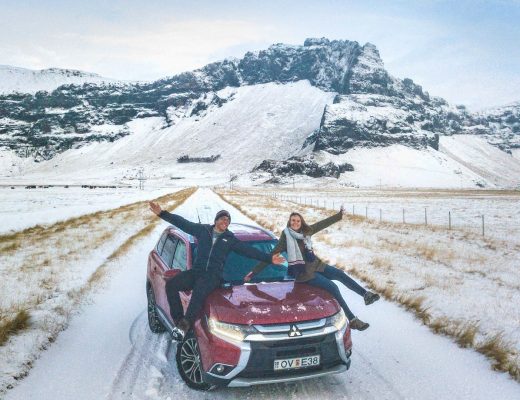