Home » Destinations » Oceania » Australia » Exmouth – on land, at sea and in the air

Exmouth – on land, at sea and in the air 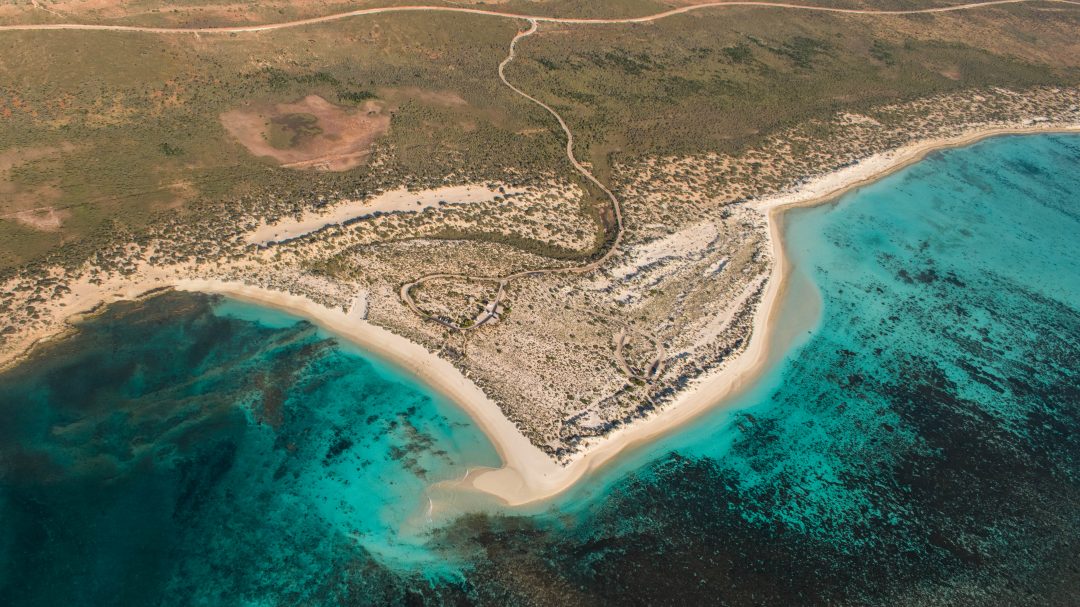 Exmouth is a town in the north of the archipelago known for the Ningaloo Reef. An hour north of Coral Bay and a day’s drive from Perth. Exmouth is a hotspot for the locals of Western Australia. There isn’t a lot of culture here, but it’s the perfect base from which to explore the Exmouth Gulf and Cape Range National Park. This place is one of the many reasons why Western Australia is a must!

In Exmouth we experienced several highlights in our Australia year. The offer of adjacent Cape Range National Park with the neighbouring coastline of Ningaloo is endless. Moreover, you can see nature from every perspective. On land, at sea and in the air!

A real Australian experience begins when you drive into Exmouth. The chance of seeing an Emu is very high. Drive carefully because these animals have hardly any common sense and can cross the track at the last minute.

Between January and March-April it’s worth going to the beach at night. The mommy turtles come out of the water to lay their eggs in the sand. The entire Ningaloo region is recognized as a sanctuary for turtle breeding purposes.

Vlaming Head Lighthouse is your destination to take a nice picture with the sunset or sunrise. This spot gives you almost a 360° perspective of Exmouth. The colours that emerge from the water at sunset are downright spectacular! 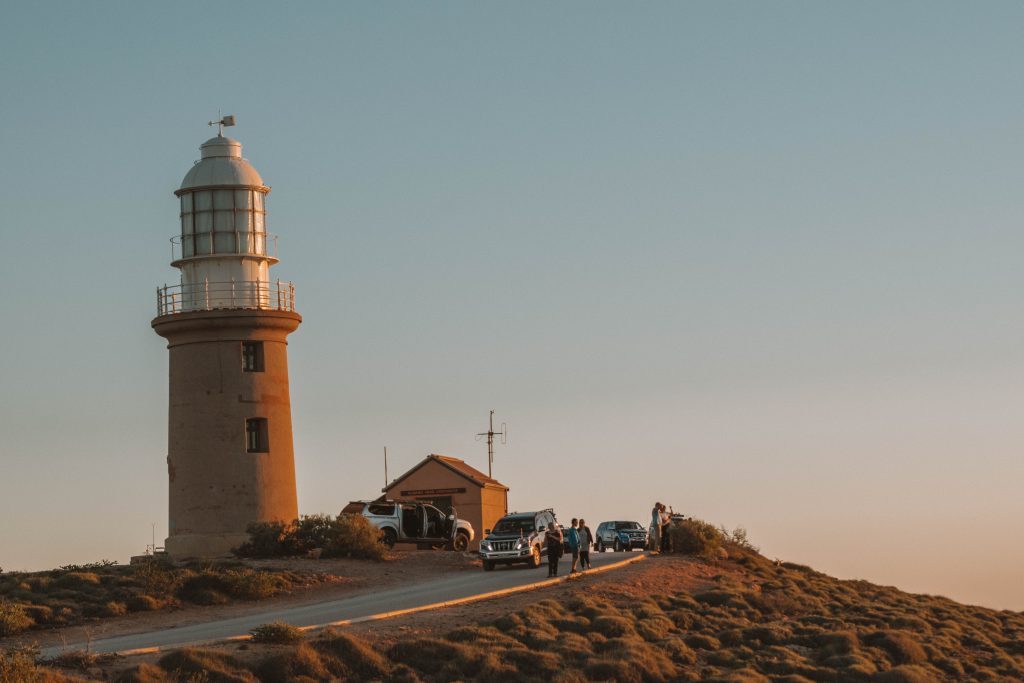 The real highlights of the region are located in Cape Range National Park. The blue and brightness on the Ningaloo coastline, gets a turnaround of roughness and dryness in the inland. At the waterfront you’re in paradise and a few kilometers inland you’ll discover the Australian bushland. The walks I can definitely recommend are:

The real magic can be found at sea. Ningaloo is possibly the most beautiful underwater area of Australia. The beach of the town of Exmouth itself can be a good place to spot humpback whales. However, you’ll need binoculars or a big lens to see them.

Protip! Bring your camping chairs and a bag of chips and experience the sunset as you watch the whales breach out of the water. 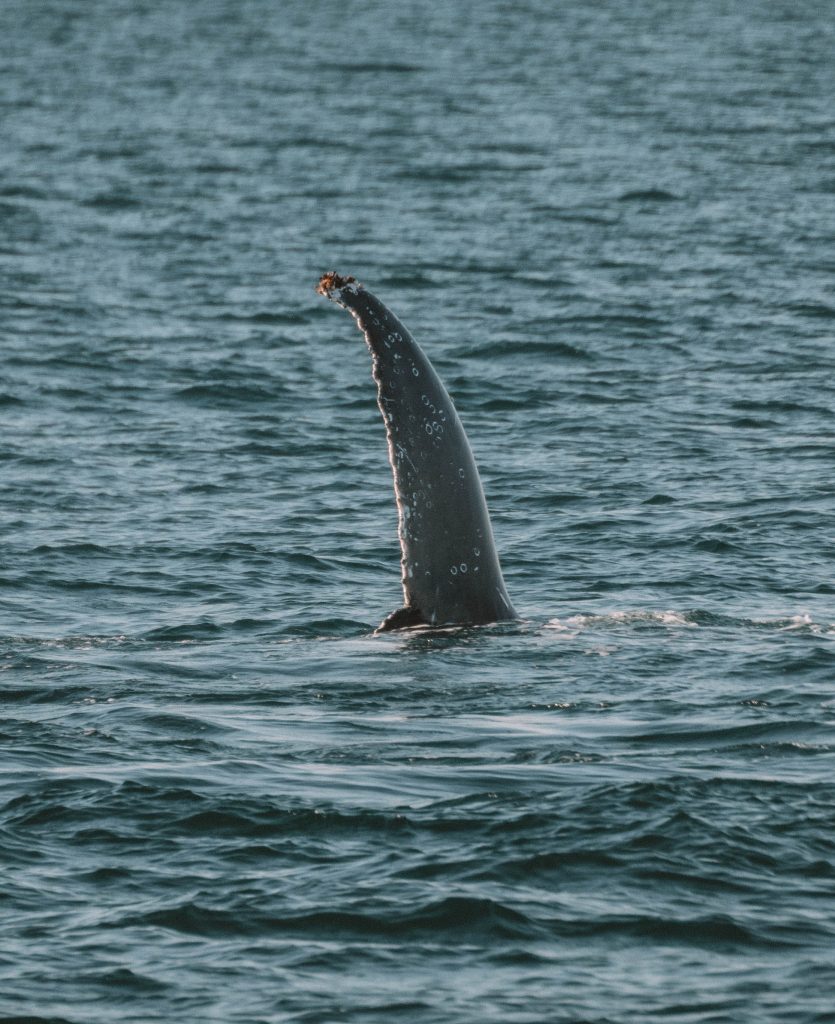 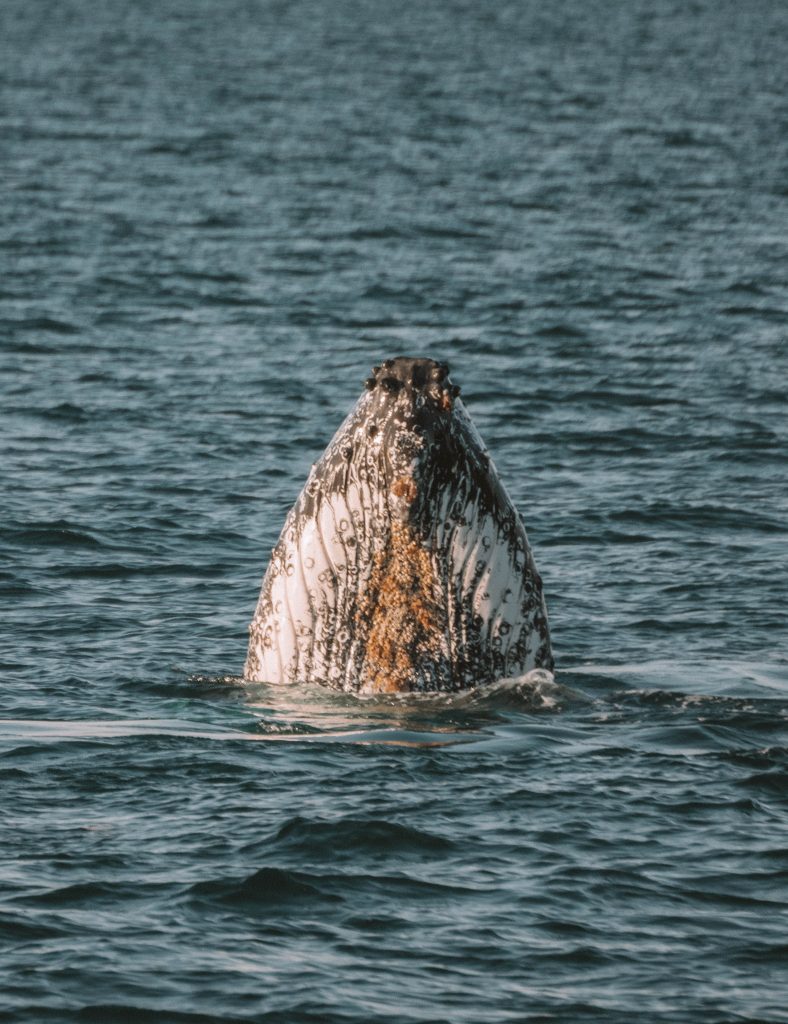 Of course there are tours available to take a closer look at the humpback whales. We did a sunset tour:

Around five o’clock we were picked up in Exmouth and taken to the harbour. There we got a small briefing and afterwards out boat took off. The first half hour we admired the humpbacks from a distance. The marine biologist who was on board gave useful information about the life of the humpbacks during our trip. After less than an hour, the spectacle began.

We were incredibly lucky. The humpbacks stayed on the same spot while our boat turned off the engine and we continued floating. We had an interaction with a whale right next to our boat. The humpback took a look and did a belly roll for us. His way of communicating that they are comfortable with our presence. Because of this, the entire boat was silent and we were all standing there with watery eyes. Indescribable is the only word I can think of.

Moreover, they served delicious snacks and drinks. If you don’t see any whales, you can always enjoy a magical sunset.

The real crowd pleasers are the whale sharks. Despite the recent madness about whale sharks, everything here is very well regulated. After swimming with the whale sharks in the Philippines, we can say that the Ningaloo region takes great care of the animal kingdom.

The downside is the hefty price tag attached to this experience. You pay between $350 and $500 for a day trip with the whale shark. On top of that you’ll have to pay extra if you want the nice pictures taken by the house photographer.

Partly due to an airplane and a drone this price tag will go over $400. On top of that, there are also the guides in the water who’ll guide you professionally in the right direction. In addition, every tour organization has to pay a ‘fee’ for maintaining the Ningaloo Reef. In short, a lot of your money goes to charity. 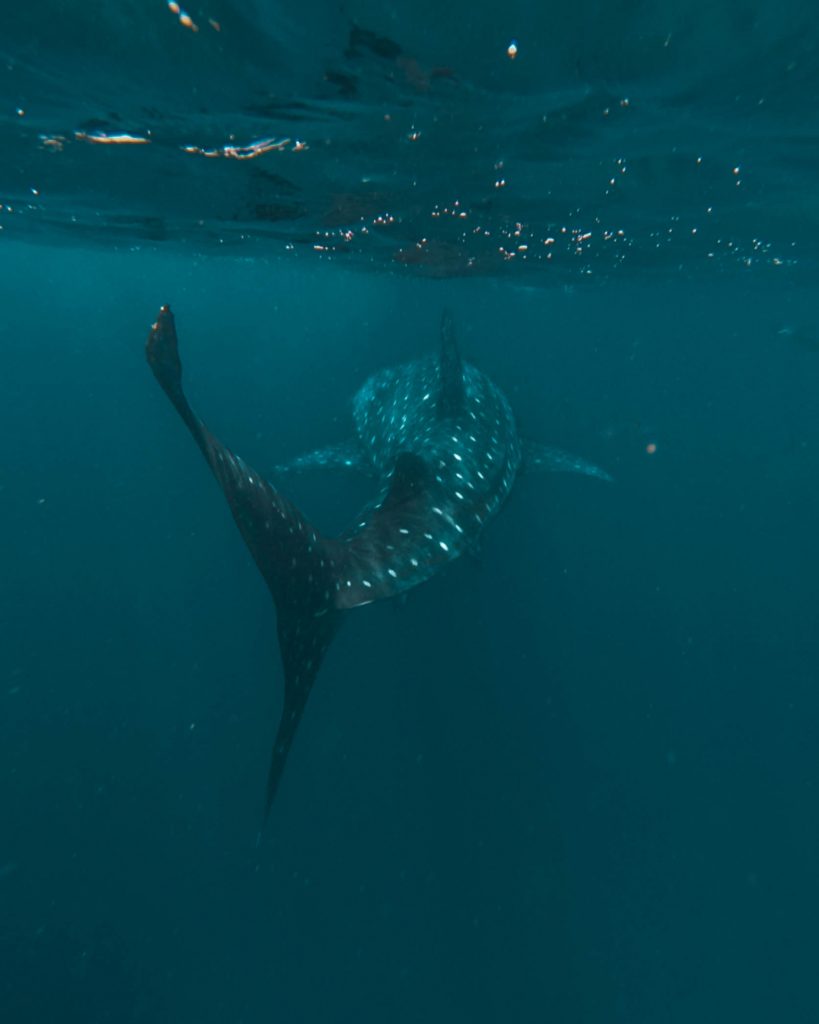 Exmouth from the sky

Undoubtedly one of our more memorable moments is admiring Exmouth from the sky. The contrast between the rugged Australian landscape and the beautiful blue water is exceptional. Moreover, you’ll only get an idea of the diversity of the water when you can see Ningaloo from above. 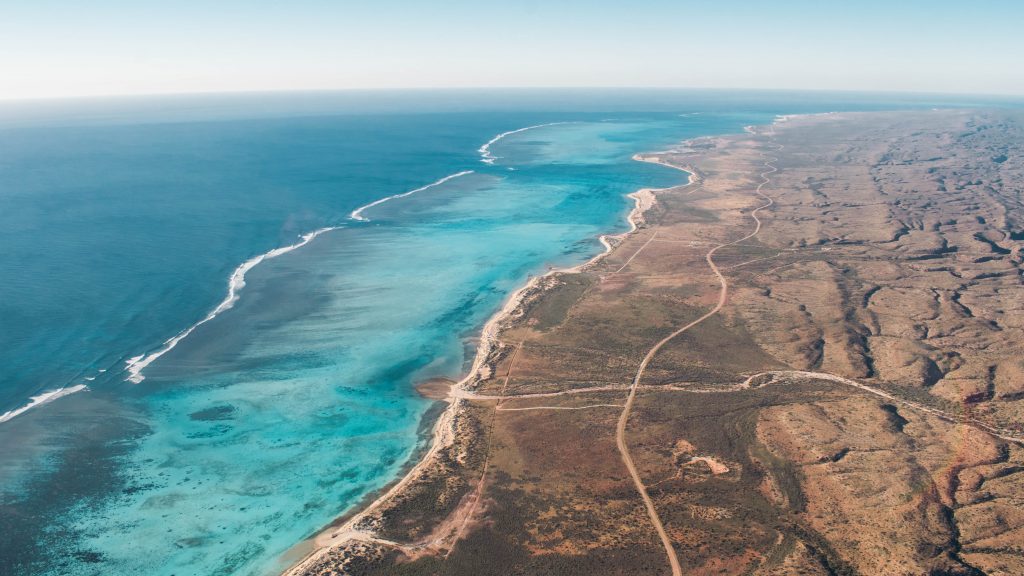 With Birdseyeview you can admire the Gulf of Exmouth, Cape Range National Park and the Ningaloo Reef in one hour and a half flight. Describing the experience is very difficult. Try to imagine driving a motorcycle through the air with a crazy pilot. It felt like that for us and it was a wonderfull, liberating feeling.

Because of this exclusivity there is also a nice price tag attached to it. For the entire North Cape Explore (the entire archipelago) you pay $469. We did the ride from Exmouth directly over Cape Range National Park to the Ningaloo Reef. Called the Birds Eye View. For this you pay $350. 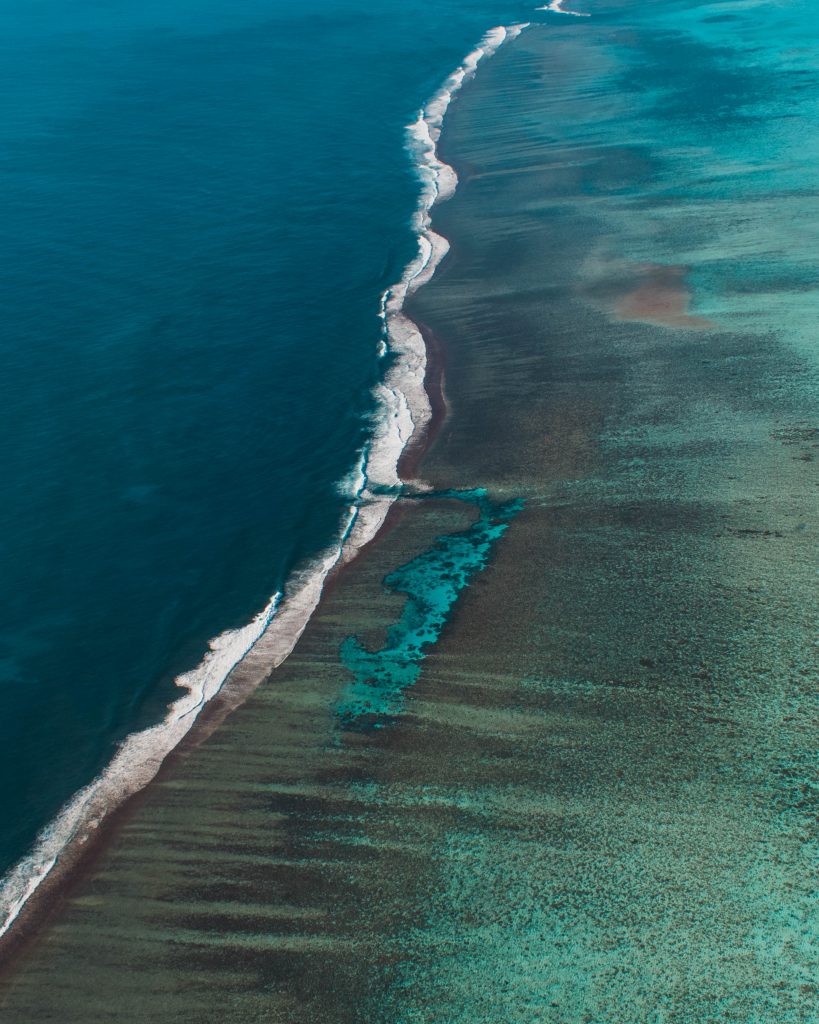 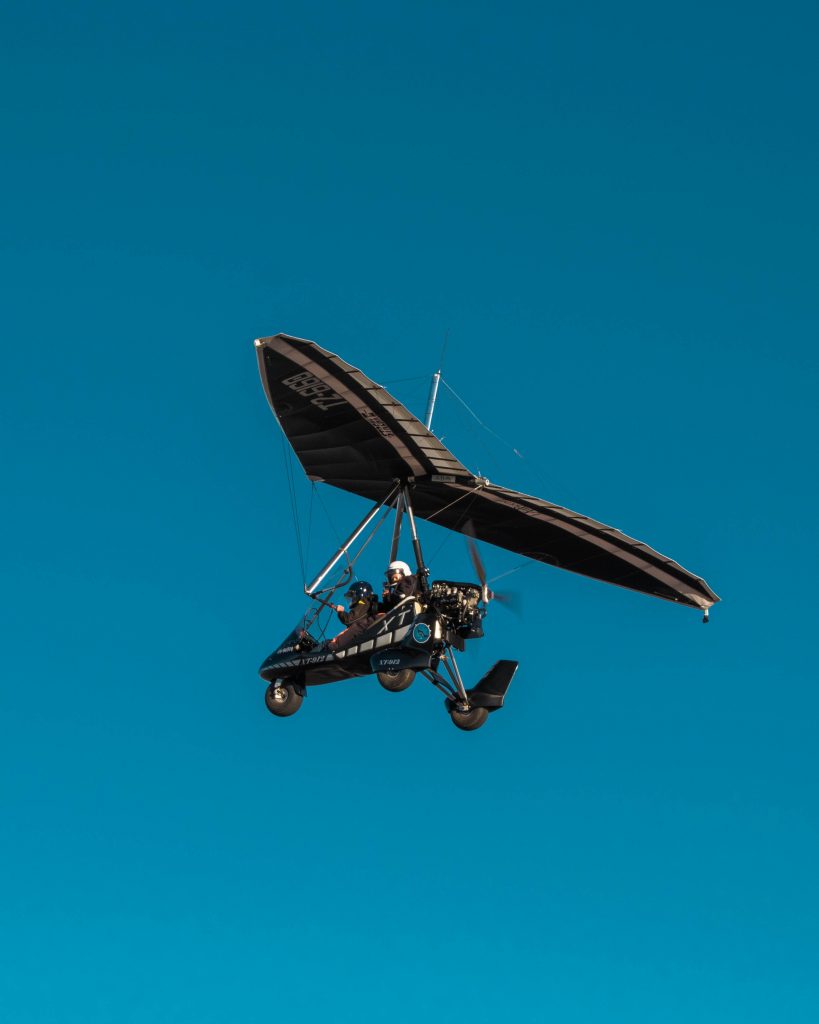 Protip! Book the Sunset Whalewatch Tour together with the Birdseyeview Tour and you get 10% discount on the whole amount.

Despite the exceptional way of transportation, we had no fear at all. An hour has never flown by so fast!

How to get in Exmouth ?

Exmouth has a small airport, Learmonth. Quantas flies from Perth and the flight takes about 90 minutes.

However, most Australians and backpackers visit Exmouth as part of a road trip: 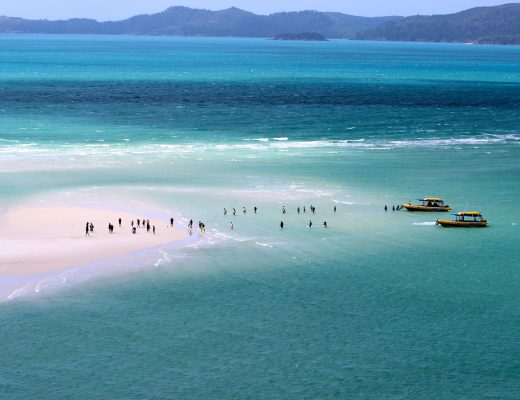 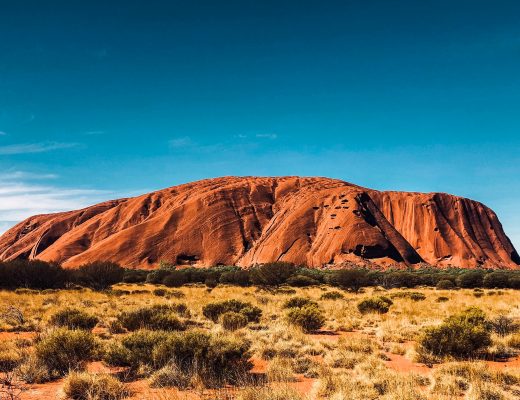 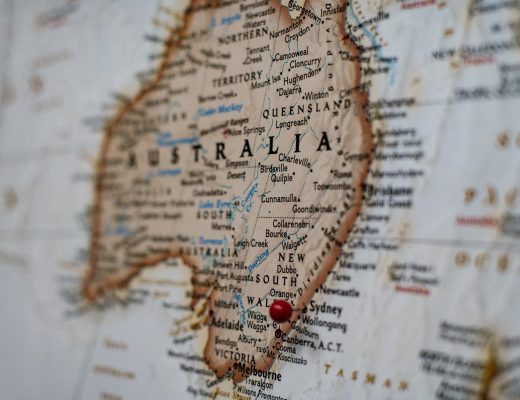 Getting a Job in Australia on a Working Holiday Visa