Fun Facts about the Philippines 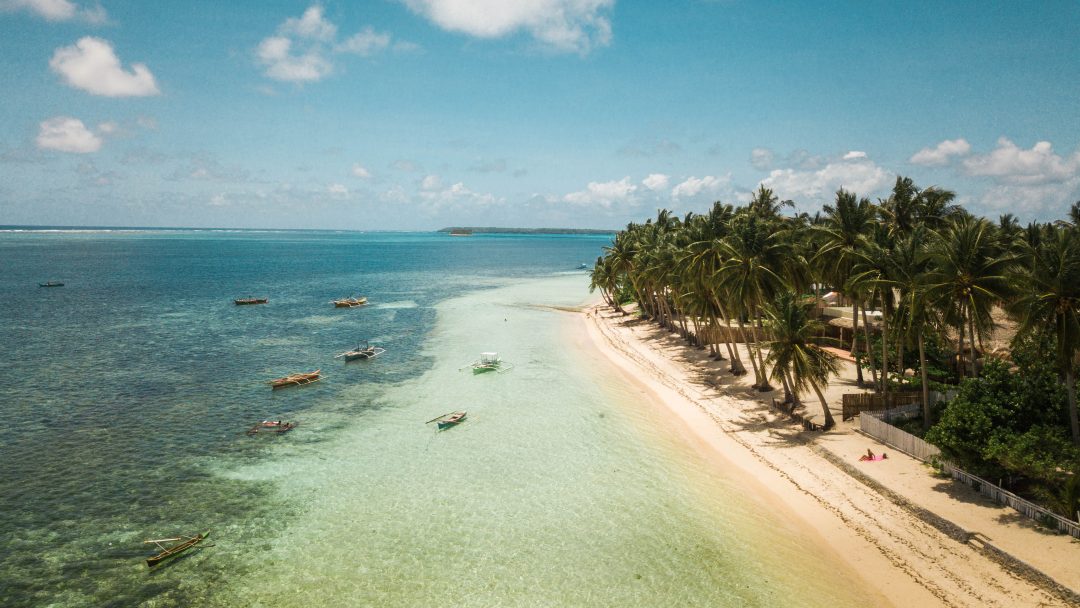 The Philippines are a beautiful collection of islets in Asia. Almost everyone who travels around this place, finds the Philippines more beautiful than Thailand, Indonesia and Malaysia. There are endless sights and indicating the most beautiful places on a map is near impossible. From the capital Manila to the many waterfalls in Cebu, the list is endless. In this post I talk about interesting and fun facts that prepare you for a trip in the Philippines.

Everywhere you go in the Philippines you will hear wannabe singers and singers. On every corner they have a karaoke machine and they use it every day. You’ll also find live concerts in big shopping malls and cities like Manila or Cebu. Everyone here wants to make it as an artist, to the displeasure of our ears. However, it’s ‘not done‘ to laugh at people while they’re screaming into the microphone. So keep your distance if you can’t control yourself. Apparently Karaoke was invented by the Philippines and not Japan. Furthermore, I don’t want to get involved in that discussion.

2. National sport in the Philippines

Despite the average height of 1 meter 60, the ruling sport is basketball. No matter which exotic island you have chosen, you will see a homemade basket everywhere in the Philippines. Everywhere they know Lebron James and Kobe Bryant. Moreover, we came across a restaurant on Siargao called Lebron James & Dwyane Wade. The passion for the American sport is abundantly present. Don’t hesitate to join in on a game! 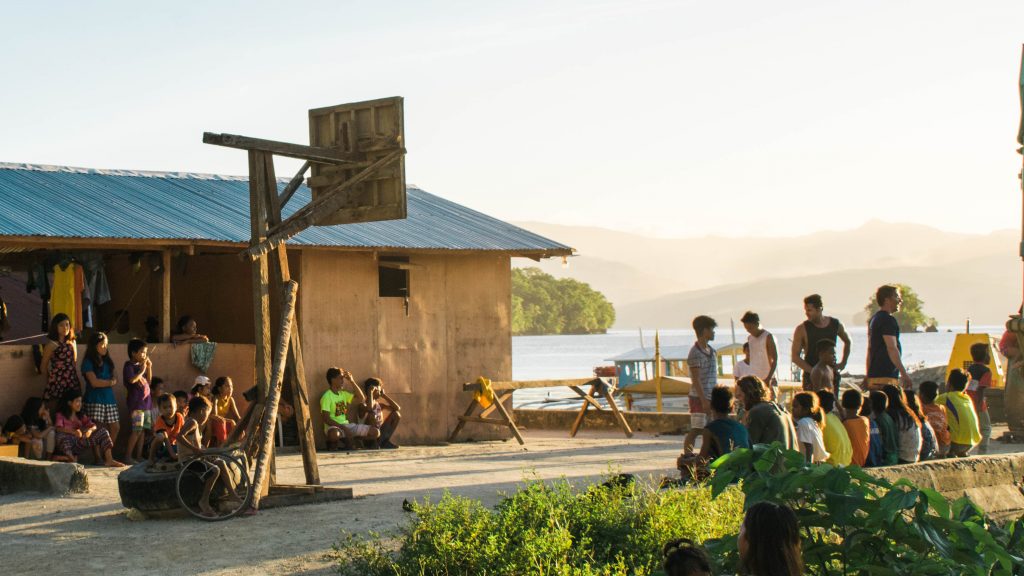 3. Drinking in the Philippines

Since Asia is relatively expensive for alcohol, the Philippines are an exception. A beer can be bought for €1,00. Cocktails we found as cheap as €2.80. We don’t drink a lot of alcohol anyway, but it can make a big difference on your budget if you backpack through the Philippines compared to Indonesia. The cheap price of alcohol has to do with the following fact…

After Brazil and Mexico, the Philippines is the largest Catholic country in the world with 80 million followers. In 1521 Magellaan arrived and like all explorers he immediately began to impose its religion upon the native people. Throughout their history they’ve been a colony of Spain and the United States. This explains the large number of Spanish words in the Filipino language. As well as the fascination with basketball and American culture in general.

Not everyone walks around with a smartphone here. In the Philippines it’s still the era of the Nokia 3310. Everybody still calls and texts, wifi is a luxury that is not omnipresent like in other places in Asia. In Moalboal there are wifi vending machines in the streets where people have to insert coins to use the internet. Buying a SIM card in the Philippines is more expensive than in Thailand or Indonesia and more complicated. Ten GB will cost you twenty euros and that’s without call credit. Not everyone has mobile internet, so a message or a call with WhatsApp isn’t evident. Moreover, you often come across groups of Filipinos who secretly use the free wifi of a hotel or restaurant.

6. Bread, Bakkeries and the Philippines

Coming from Belgium we’re spoiled when it comes to bread. Good news! Because the Philippines have a bread culture. Go to the small bakery and be sure to order Pan De Sal or Pan De Coco. It’s a kind of sandwich that you will surely like. It costs five php or ten cents. Moreover, they bake from night till noon so they have fresh products all day long. For Pan De Sal, you’ll have to get up early, because this product sells out quickly!

Pan De Coco also sells on the street. Homemade ovens made from old coconuts that they set on fire can be found on the pavement. In the fire they bake the Pan De Coco. It’s actually exactly the same as Pan De Sal, but inside there is sugared coconut. 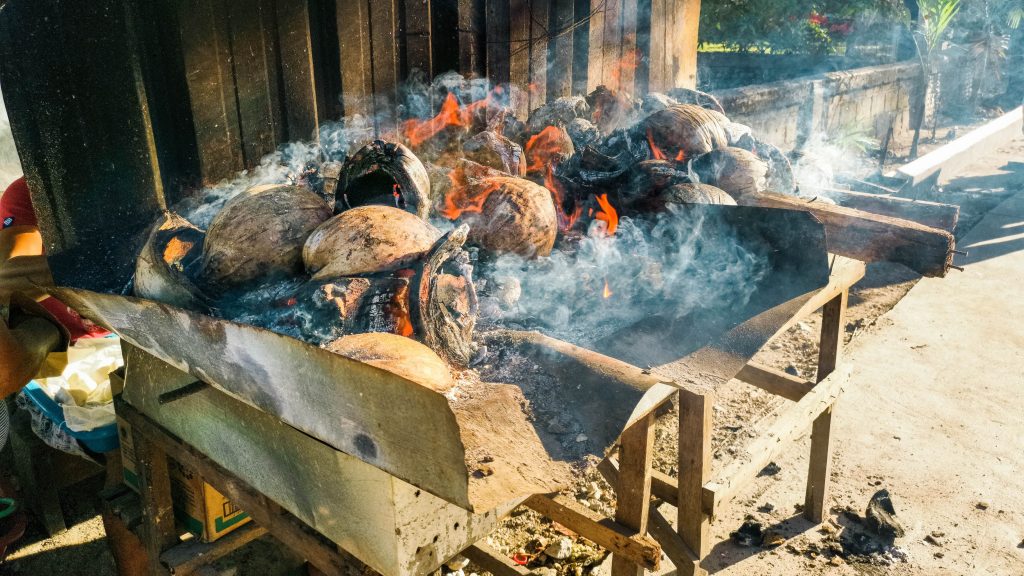 No, the Philippines themselves don’t fight and are certainly not aggressive. What they do like to do is watch others fight. There are a lot of cockfights in the Philippines. You can see the locals’ cocks in small cages in the streets. They wash them, feed them and train them for competition. Besides, a lot of money is bet on such fights. If you drive from Cebu City to Moalboal on Cebu you will undoubtedly see ‘Cockfight Arenas’ along the track.

Spiders are also used to fight. This is done by children. They use a matchbox to lock up their best spiders. For the fight they use a stick on which they put the two ‘athletes’. They push them towards each other and then start fighting. It’s very cool to see how the kids can control the spiders to stay on the stick! I saw my first fight in Socorro, Bucas Grande.

We’ve been to a lot of places that can be called exotic, but the Philippines are undoubtedly number one. You see so many palm trees here that you have to be careful where you walk so you don’t get coconuts on your head. Especially in Leyte, where we went whaleshark spotting and in Siargao the density of the palm trees was incredible. If you’re at this destination, you should undoubtedly taste the local coconut products: 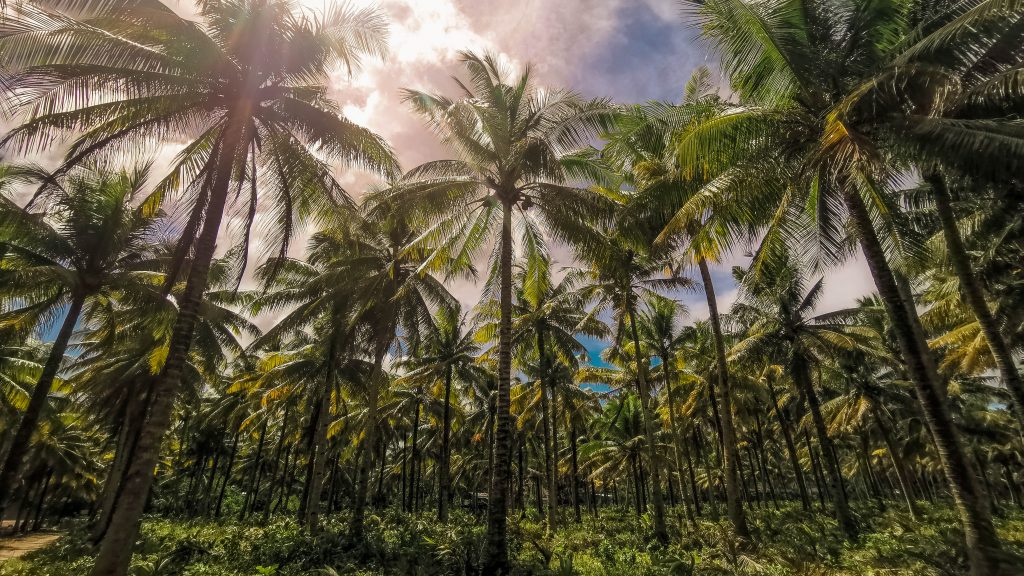 Have you been to the Philippines? Then it’s no surprise that the Philippines are number one in exotic fruit exports. Mangos, papayas and of course coconuts are the three fruits they export the most. Because of this expertise, we ate mangos here almost every day. By far the best we’ve ever had!

Undoubtedly you’ve already heard somewhere that the Philippines consists of more than 7000 islands. Apart from Luzon with its capital Manila and Mindanao, the Philippines consist mainly of islands. What strikes me most is that more than 2000 islands have remained uninhabited and unnamed. So there’s still time for aspiring explorers to start a colony. 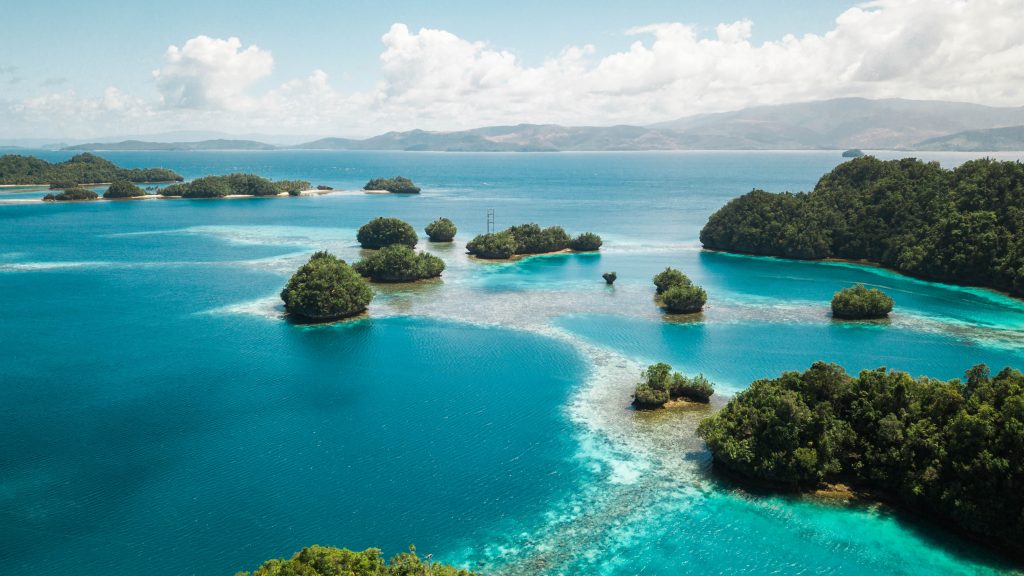 11. National fruit of the Philippines

The calamansi is the national fruit of the Philippines. It looks a lot like lime, but smaller and sweeter. One small calamansi can turn a glass of water into a healthy lemonade. Moreover, it’s ideal to use a calamansi in a red curry. In short, a perfect fruit to season dishes in the kitchen. You can find the fruit on all markets in the Philippines. Besides, it’s the only country I’ve been to where I’ve heard of the calamansi?

My favorite were the cocktails with calamansi. A little gin, honey, calamansi and dilute with water. Simple, tasty and cheap (€1.30). 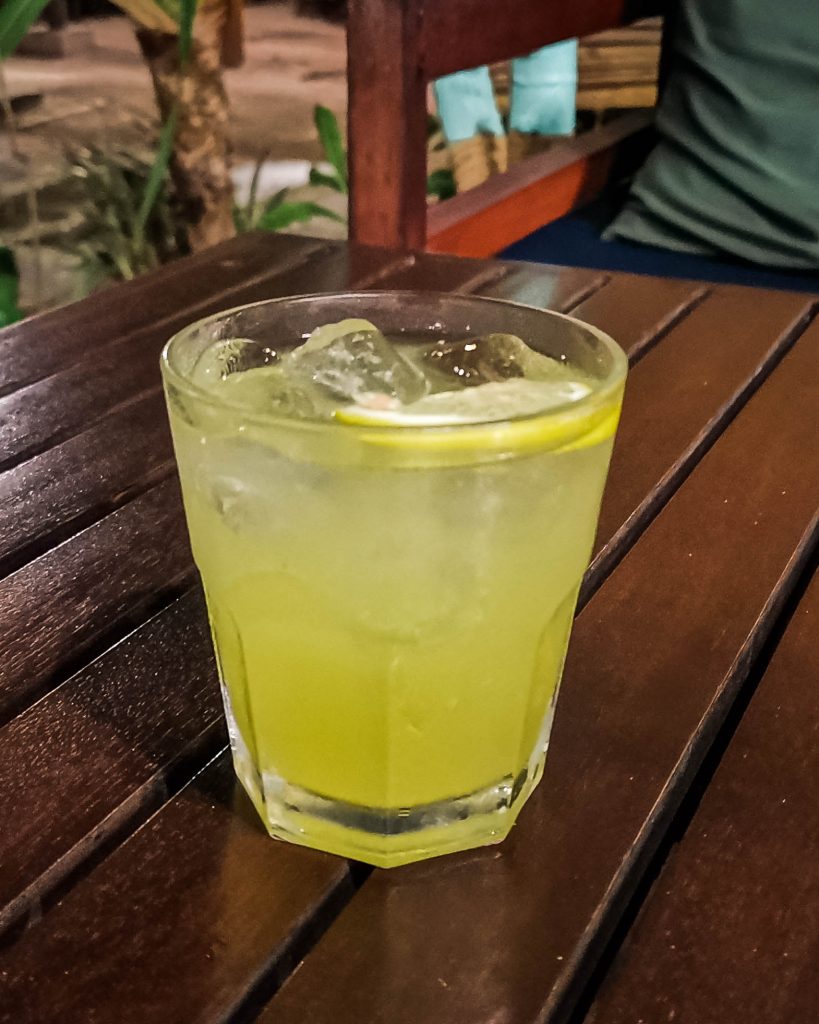 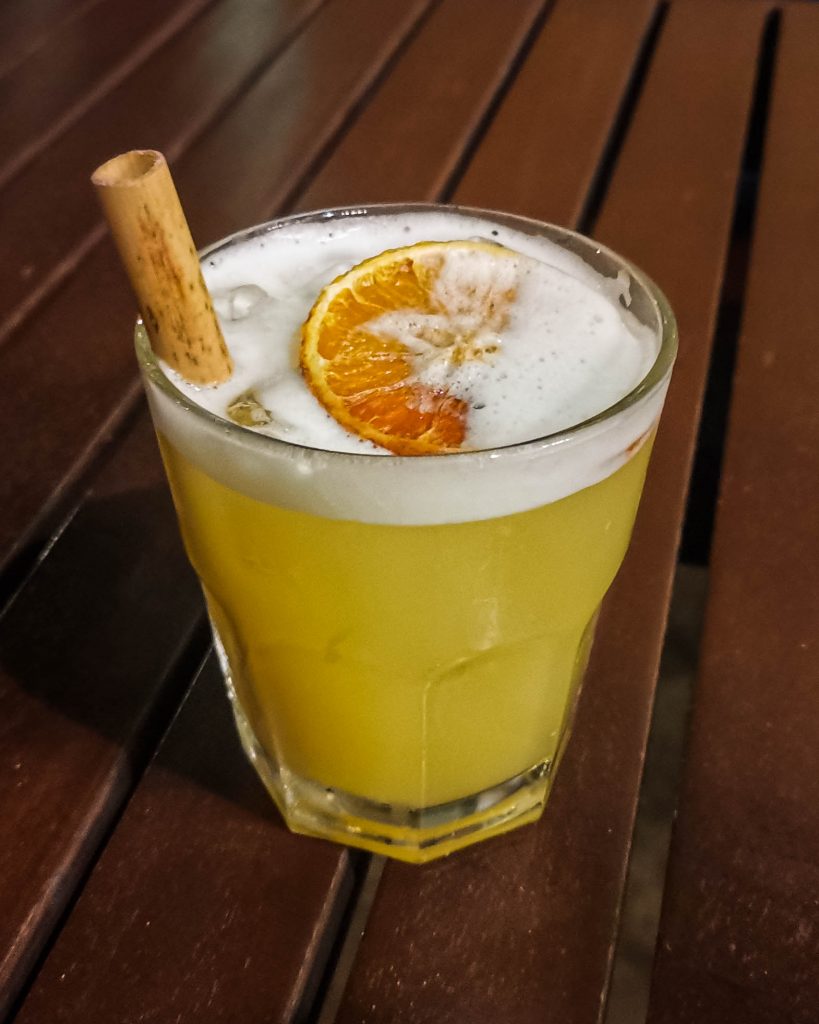 One of the most popular attractions in the Philippines is the Jellyfish Sanctuary. From May to July there are up to fifteen million jellyfish in the region of the Bucas Grande islands near Siargao. You can swim with them because they are benign. Their bright yellow colour gives a good contrast to the bright blue lake. It’s a once in a lifetime activity which should be on your bucketlist. You don’t even have to go on a Bucas Grande Tour to spot them. I stayed at the Enchanted Cove Resort where they just swim in front of your door. 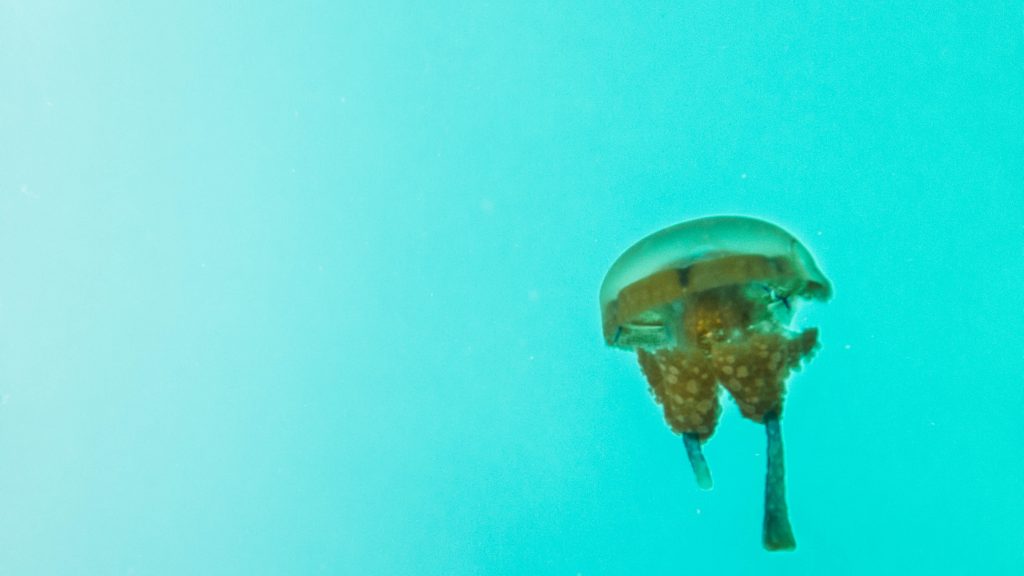 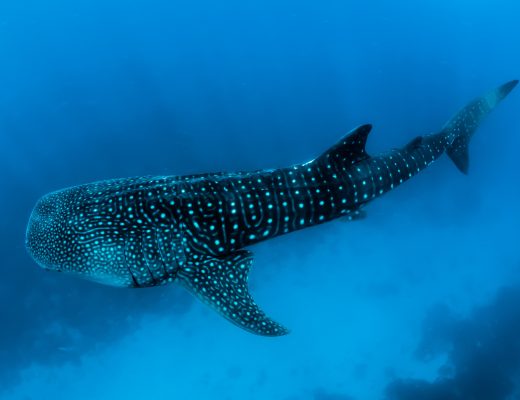 Snorkeling with the Whaleshark in the Philippines 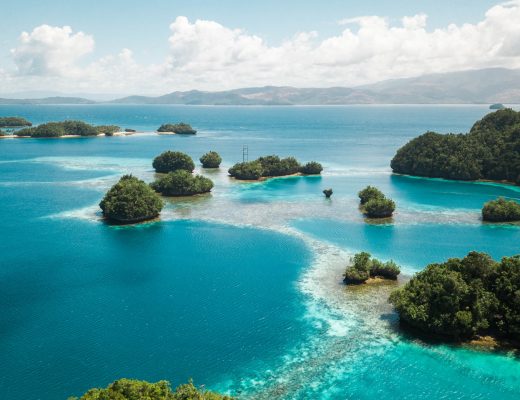 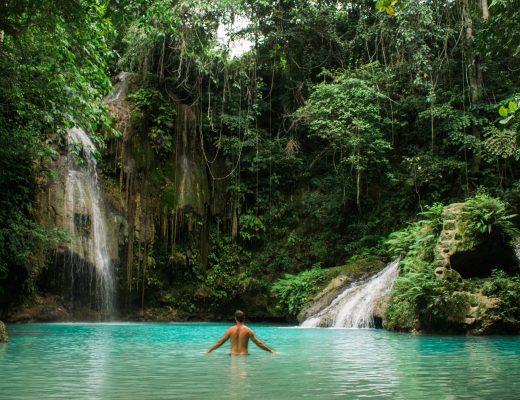