Cologne is not the most famous city in Germany, but nowadays it functions more as a dynamic, small-scale metropolis. The city cannot be compared to other major cities such as Berlin, but has its own characteristics that are particularly well received by the younger population. Cologne will surprise you with its amazing culture, inspiring art, crazy science and nightlife.

Discovering the beauty of Cologne

The ‘innenstadt’ or historical core functions as a tourist hotspot, but tourists often forget that there is much more to discover. 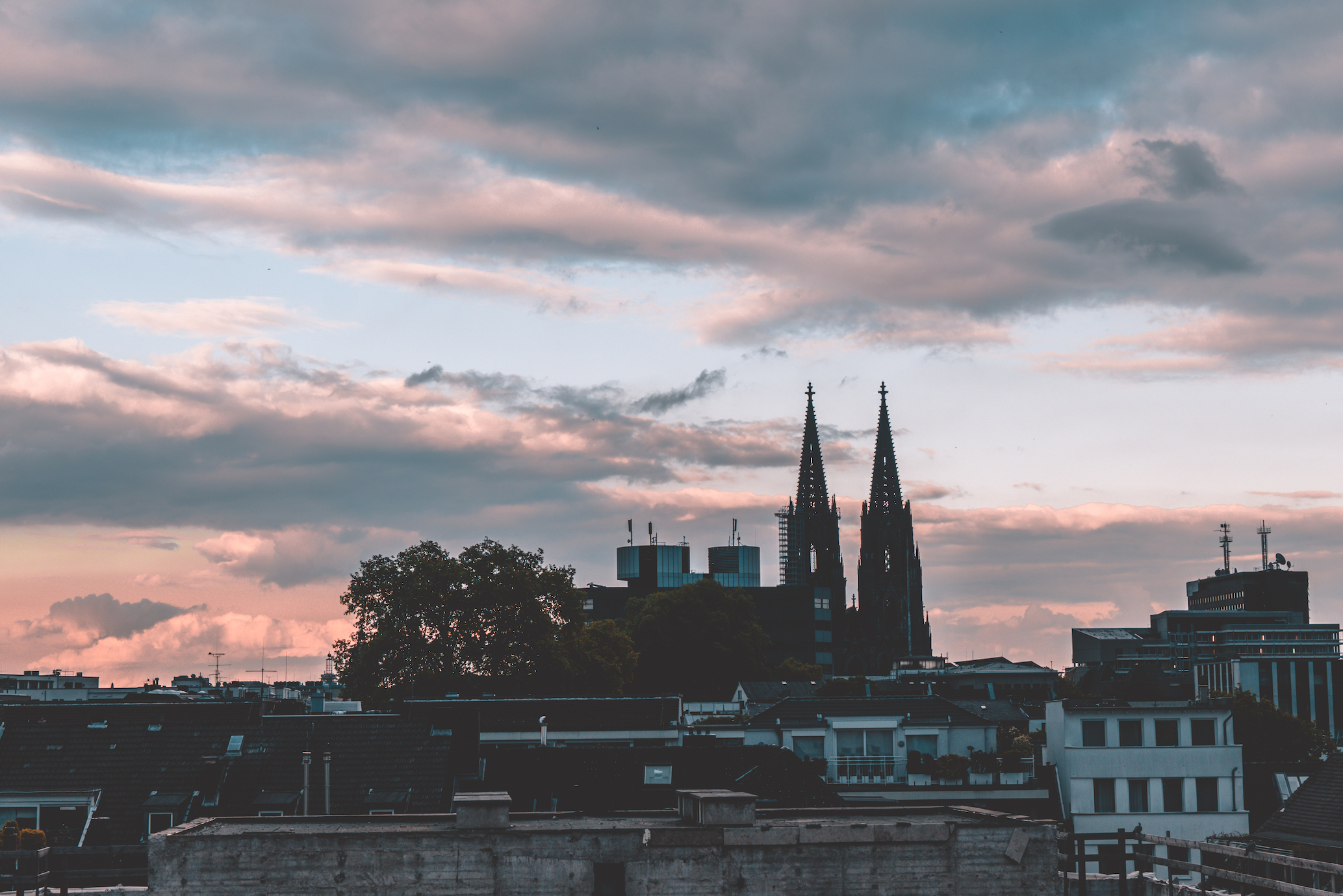 Sunset at the Cathedral of Cologne

Ehrenfeld was in the past an industrial region located outside the city centre, which did not have a very good reputation. As the ‘innenstadt’ is quite expensive, Ehrenfeld was used to build affordable houses for the average population. Over the last 20 years, Ehrenfeld has evolved from a ‘rundown neighborhood’ into a hip, street art district with great potential. Many entrepreneurs and startups are currently starting a pop-up here to see if they can set up their online shop in a real shop.

The origins of the world-famous “Eau de Cologne”

Everyone knows it, the smell of “Eau de Cologne”, which often reminds you of your grandmother. In Ehrenfeld you’ll find the old factory. In the 1960s, the ‘4711 building’ was an iconic and trendy building that put Cologne on the map as a city. Since the factory hasn’t been in use for years, the building is given a new purpose and is converted into student accommodation.

Ehrenfeld has been on the rise for the last 20 years, giving the undervalued part of the city a whole new face. The vintage shops, trendy lunch spots and established street art make Ehrenfeld a youthful and interesting place. Various events are organised, such as the Kunstroute Ehrenfeld in May, where artists open their doors to visitors. This is the perfect time to immerse yourself in the art world. 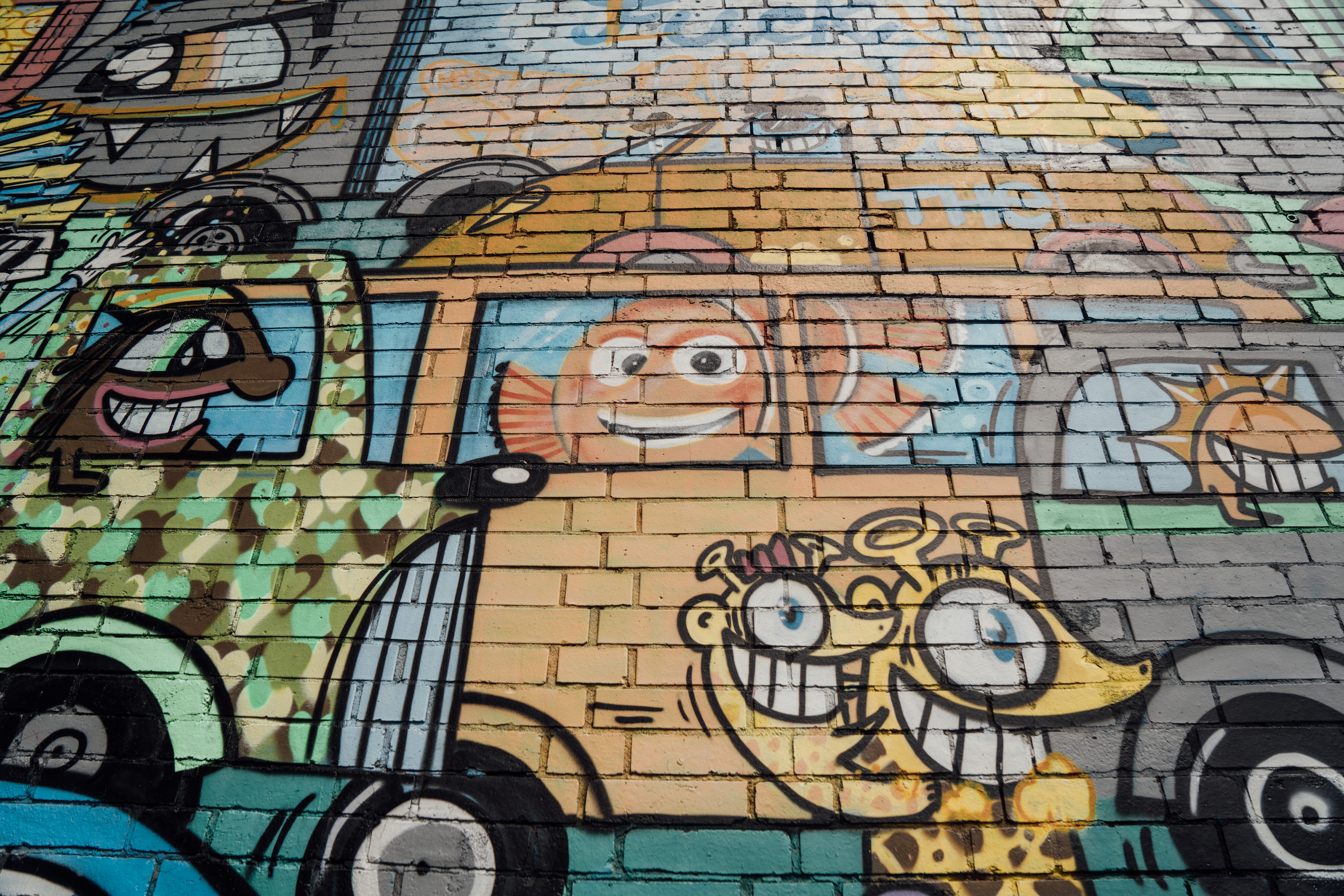 Grafitti can be found everywhere in Ehrenfeld

The best and hip coffee shops in Ehrenfeld

A coffee shop with a special history! Before the year 2010, the coffee shop Van Dyck was a barber shop. The new owners wanted to keep the “look & feel” but gave the shop a new purpose. If you walk in the shop, you can fully confirm this. In addition, the necessary attention is also paid to the origin of the beans. These are only from Uganda and are also ‘fair trade’ and organic. Van Dyck has certain speciality, namely the 100% robusto. You read it correctly, this coffee is “heavy stuff” ;).

Address: Schanzenstrasse 36, Gebäude 31b, 51063 Köln-Mülheim, Germany
Kitchen: vintage shop with the most powerful coffee you can imagine 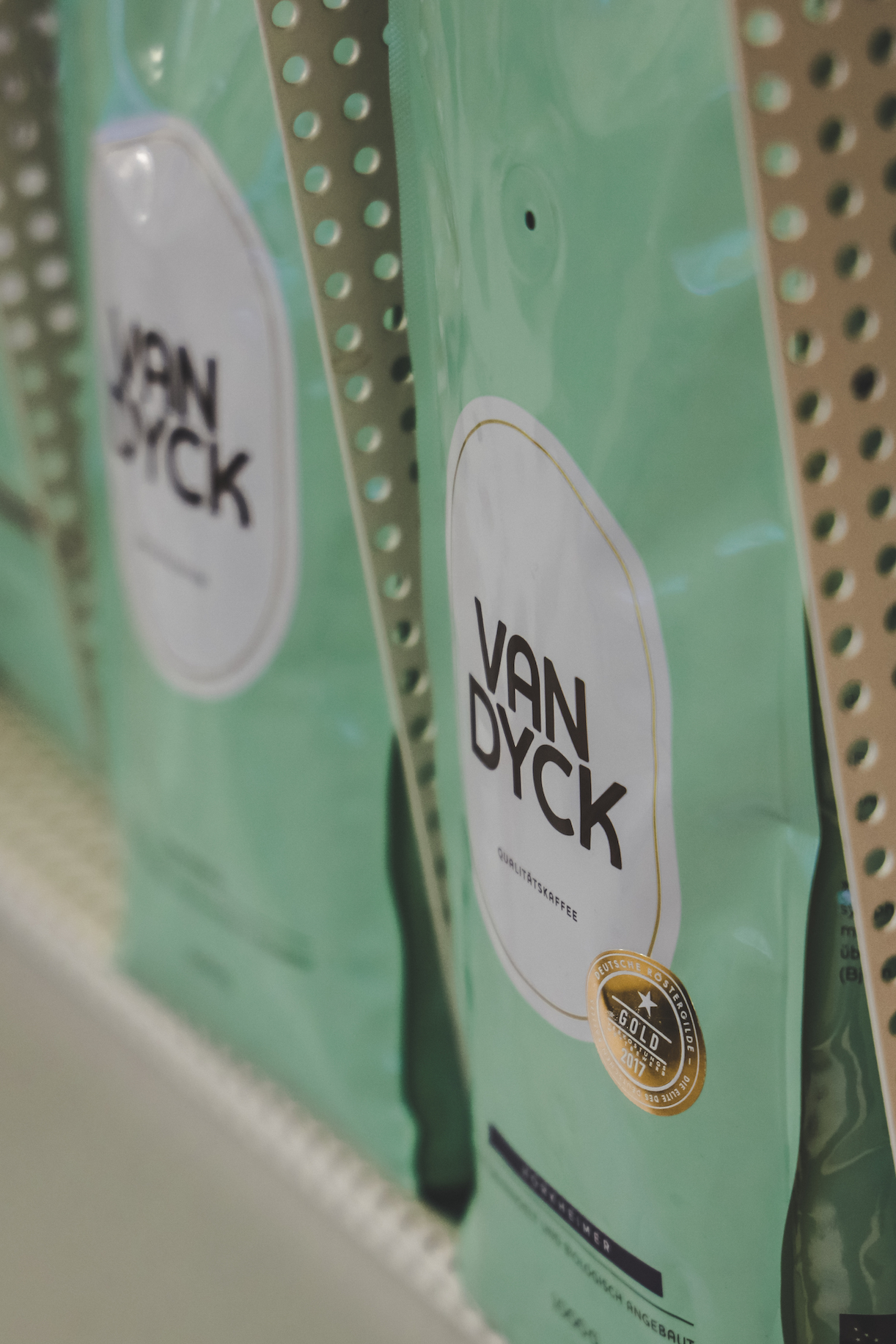 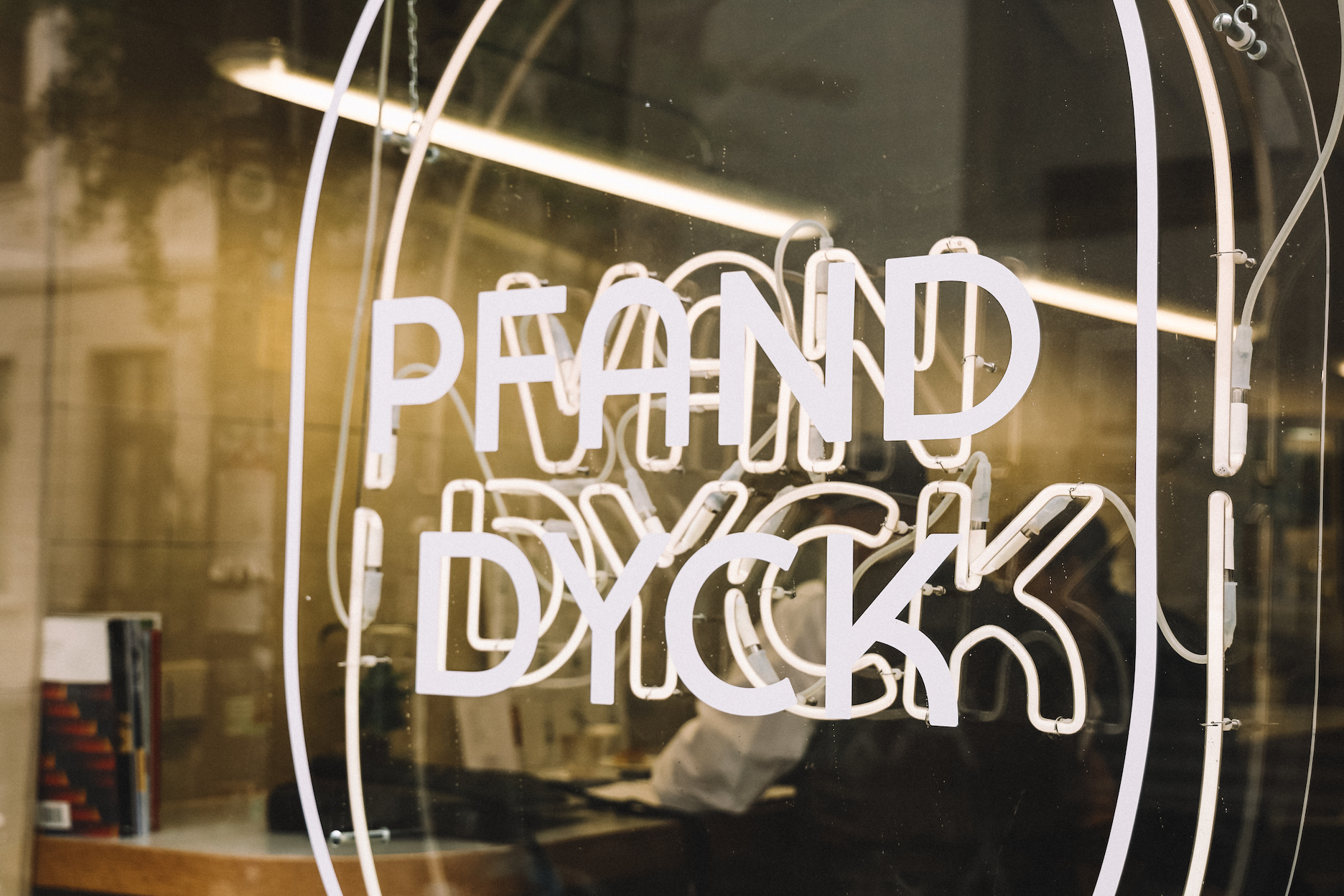 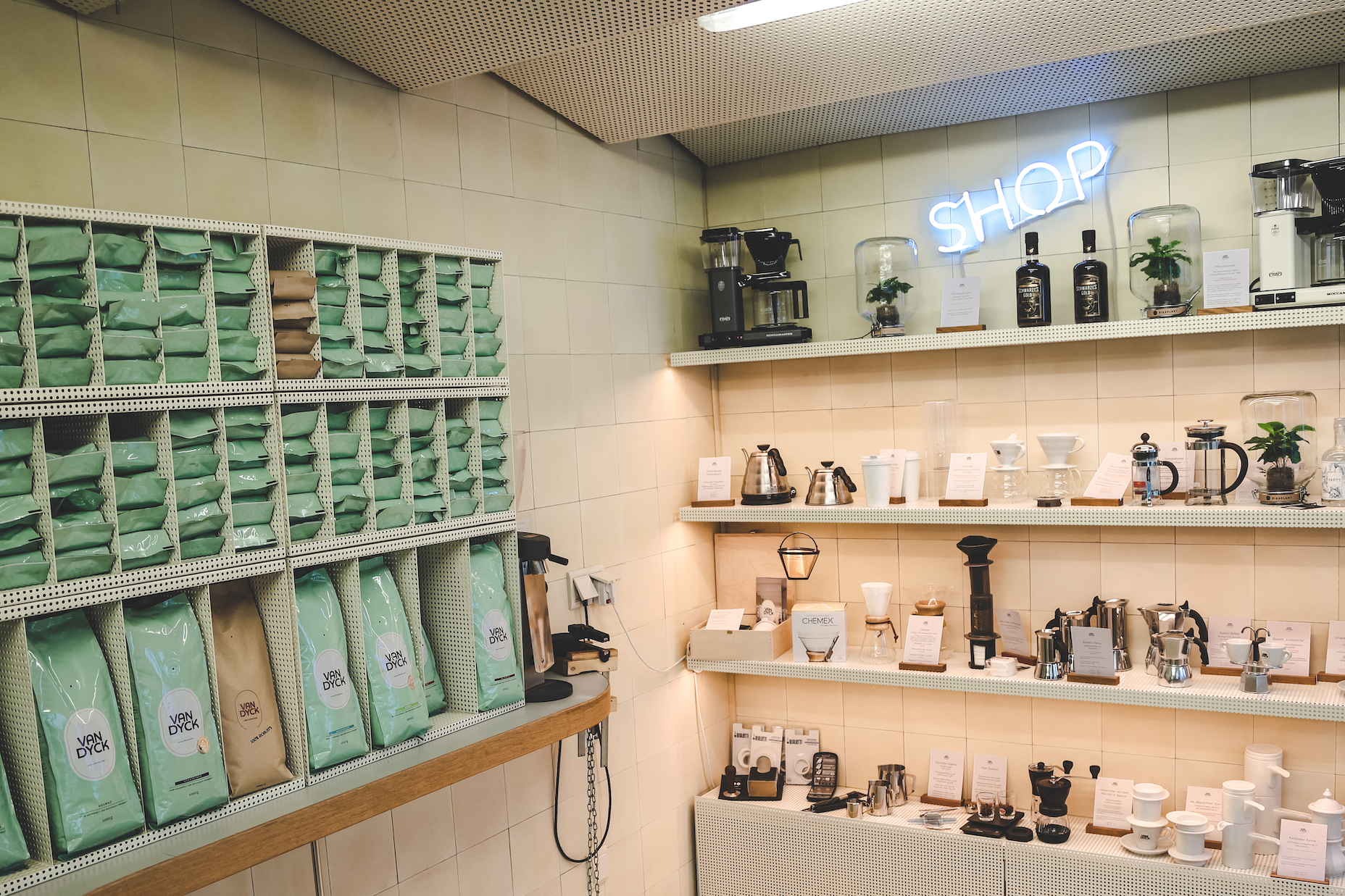 A nice café in Ehrenfeld is café Sehnsucht. Since 1982, the café has been an established name and focuses on what is known as Slow Food. They create awarenesses  about responsible agriculture, fisheries and animal husbandry and I can assure you that the quality of the food is preserved. 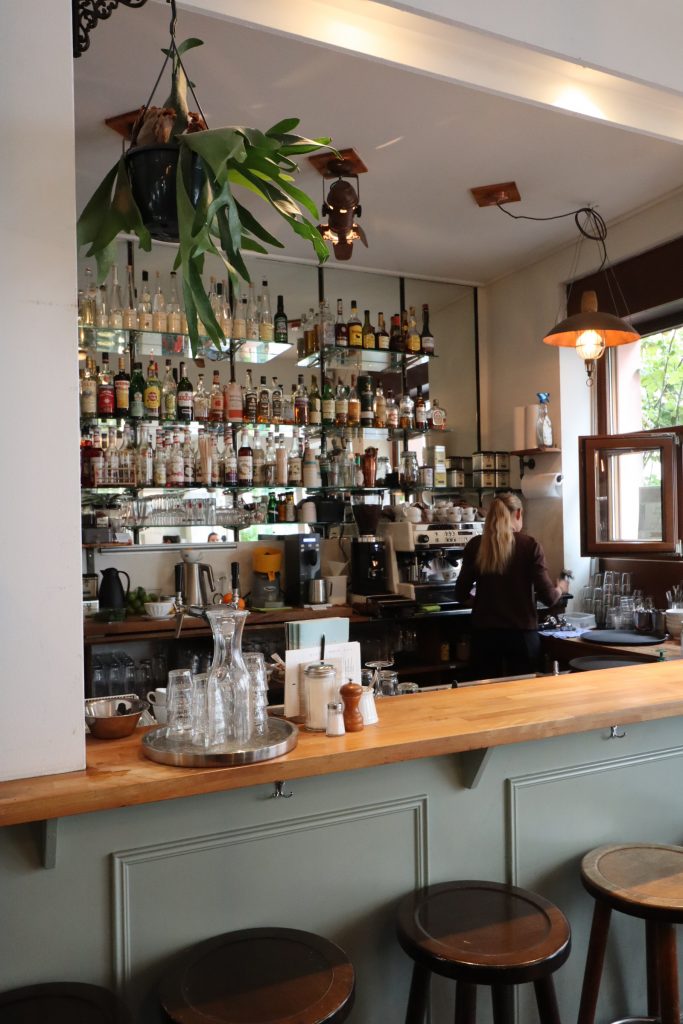 The definition of a trendy lunch spot in Cologne where they offer all kinds of healthy meals, ranging from fruity smoothies to vegan bowls. It’s a beautiful place where every vegetarian or vegan can have a good time. 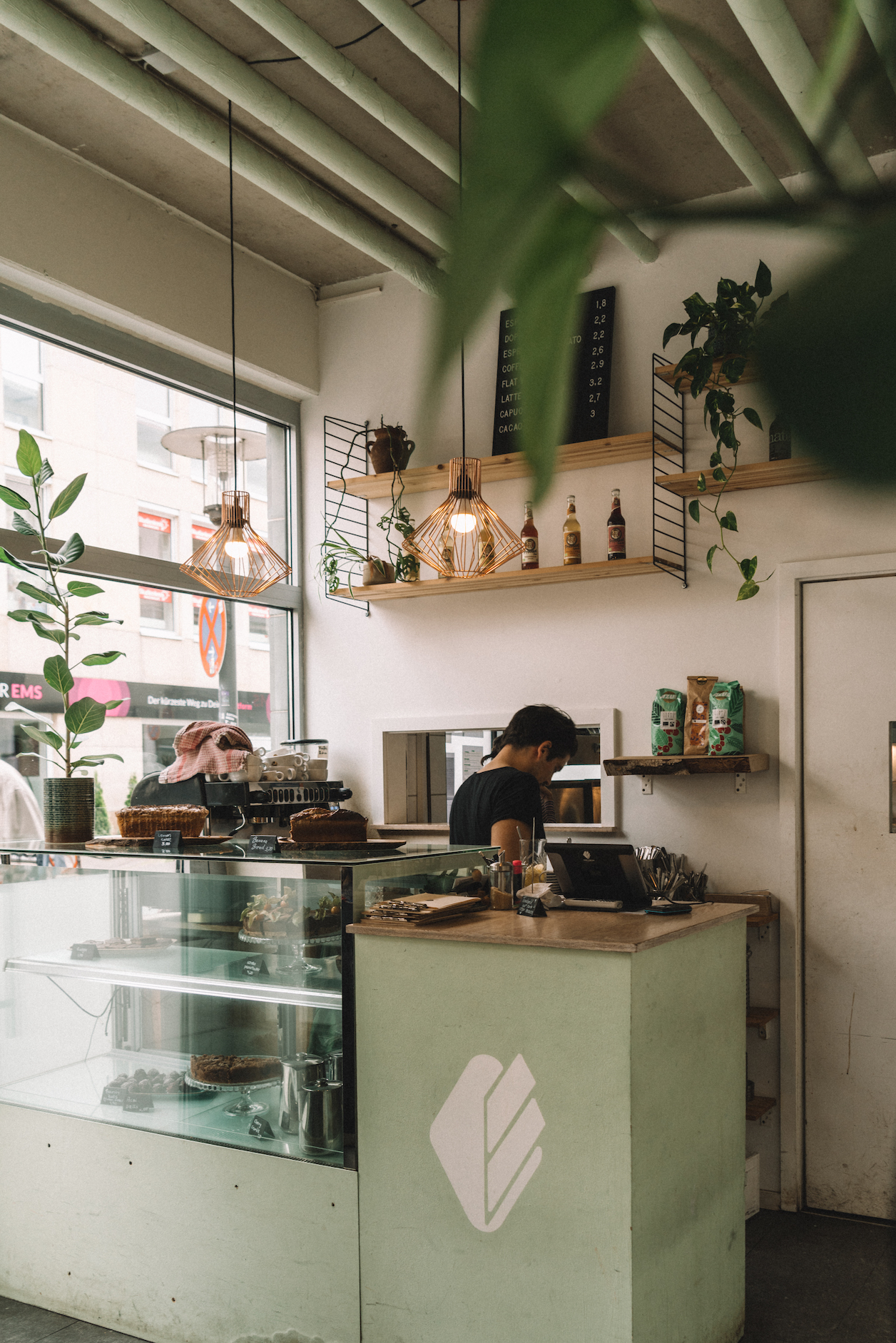 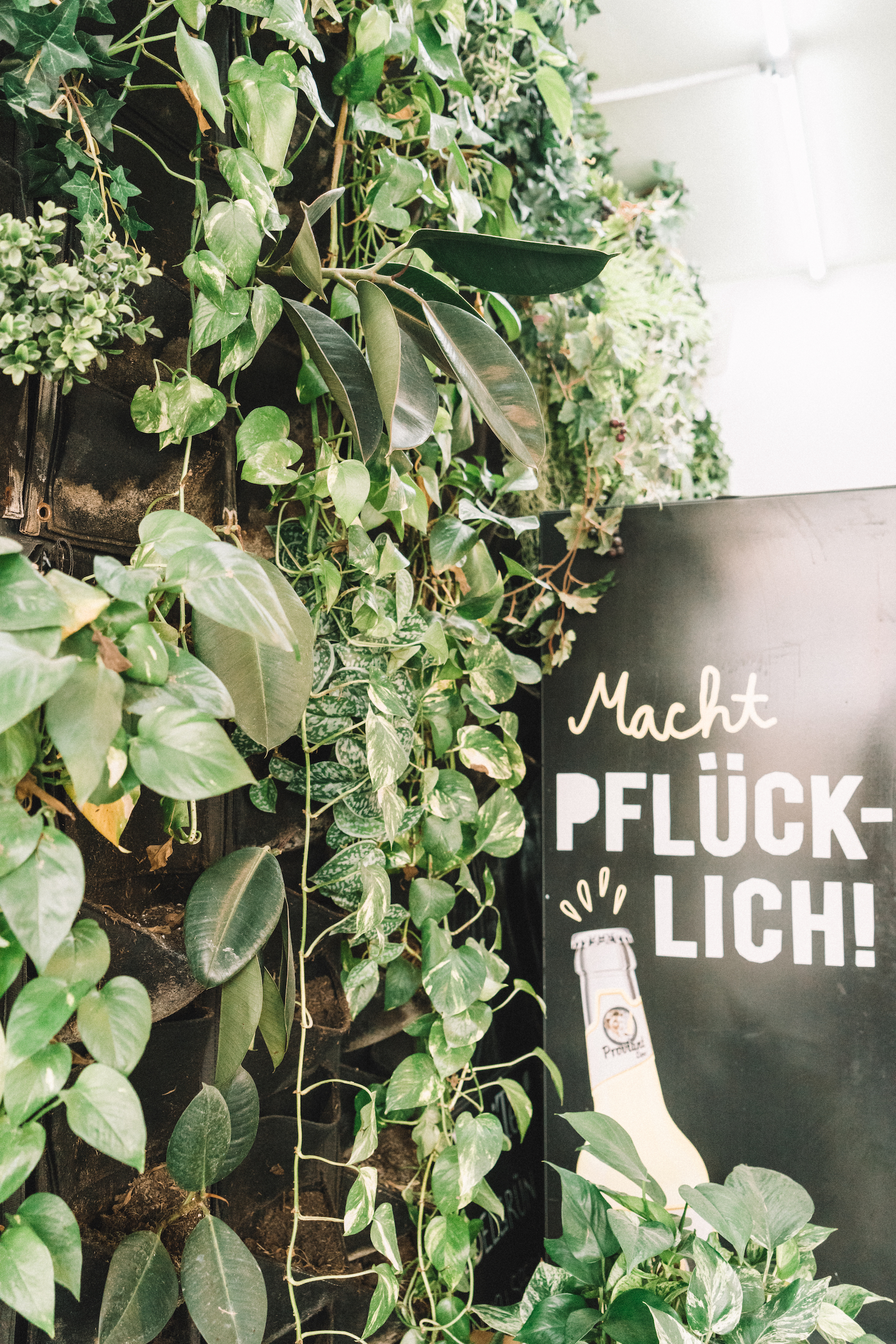 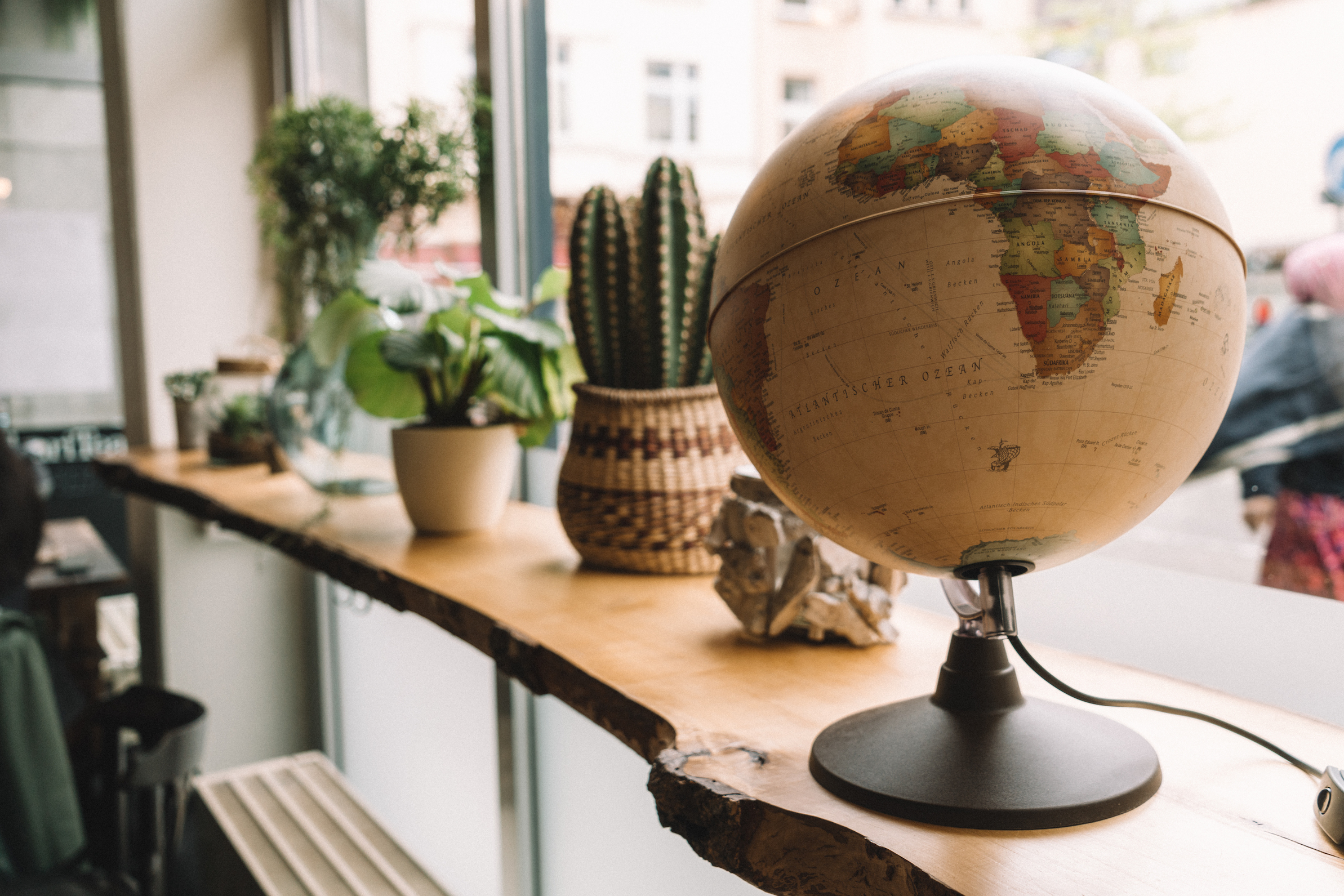 2. The Innenstadt, the tourist centre of Cologne

As approximately 90% of Cologne’s city centre was destroyed by the war, there are more ‘newer’ buildings from the 1950s in the Innenstadt compared to the outskirts of the city such as Ehrenfeld. With its 2,000 year-old heritage, it is the oldest big city in Germany. 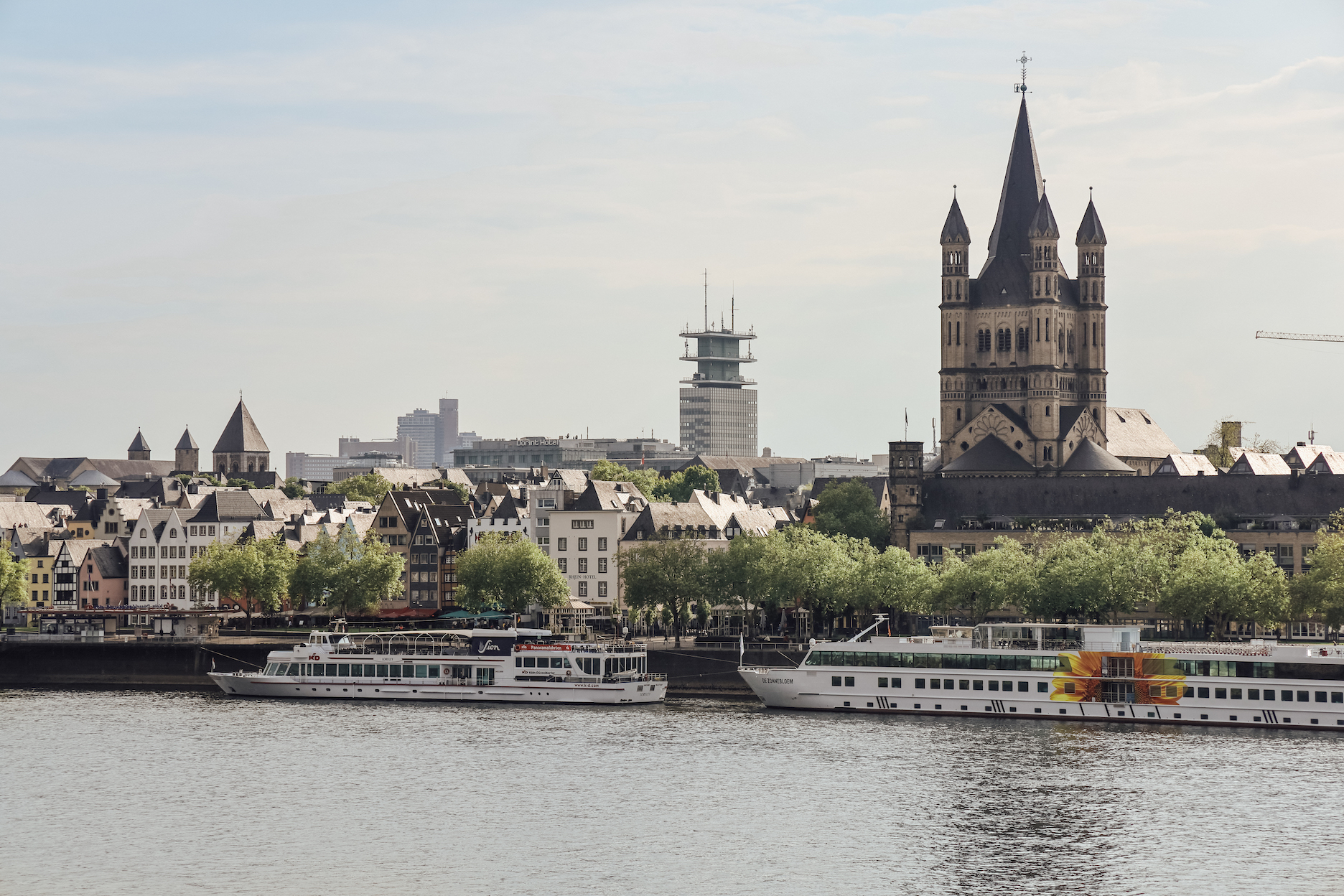 The colourful houses of Altstadt

Your visit to Cologne is not complete without taking a look at the touristic, but colourful houses in the heart of the city. These pastel-coloured vintage houses are located on the Fischmarkt and are surrounded by several restaurants and bars. 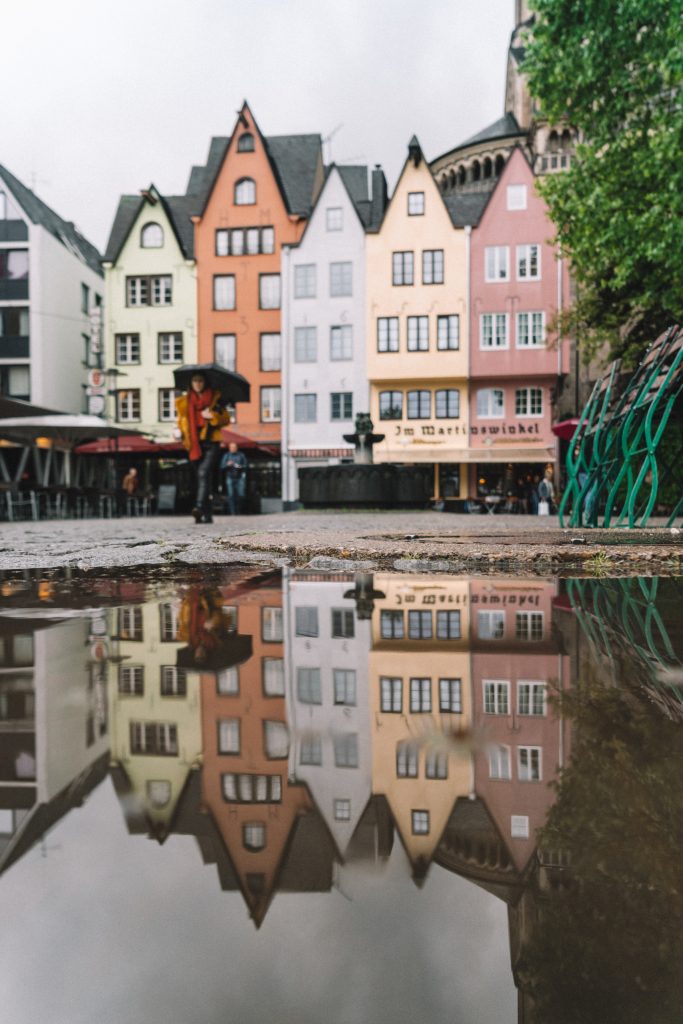 The iconic colourful houses in the Altstadt 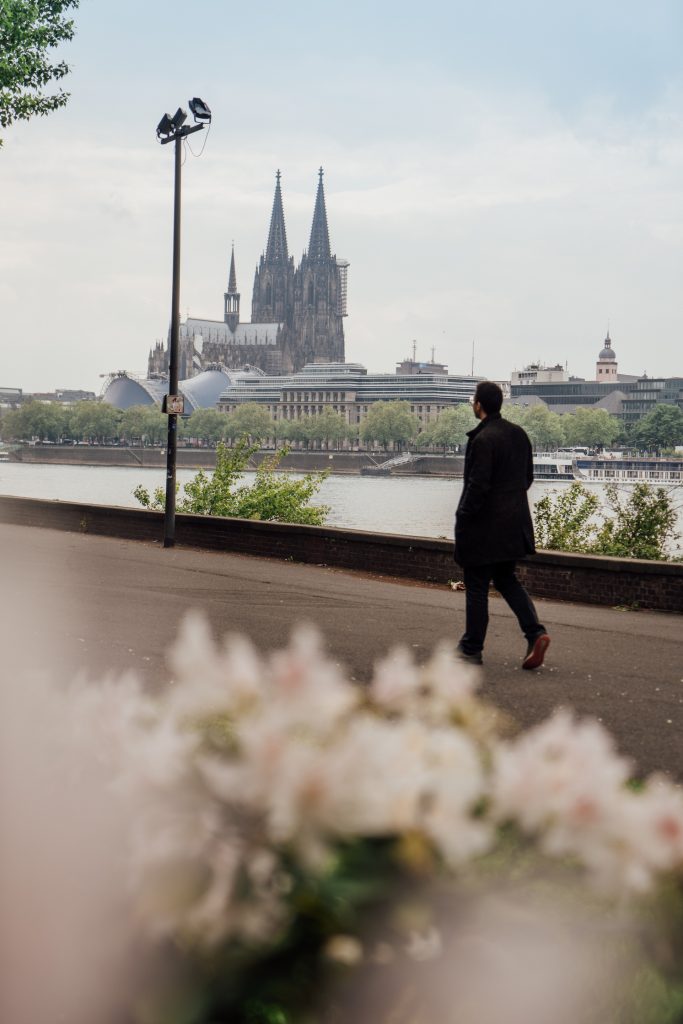 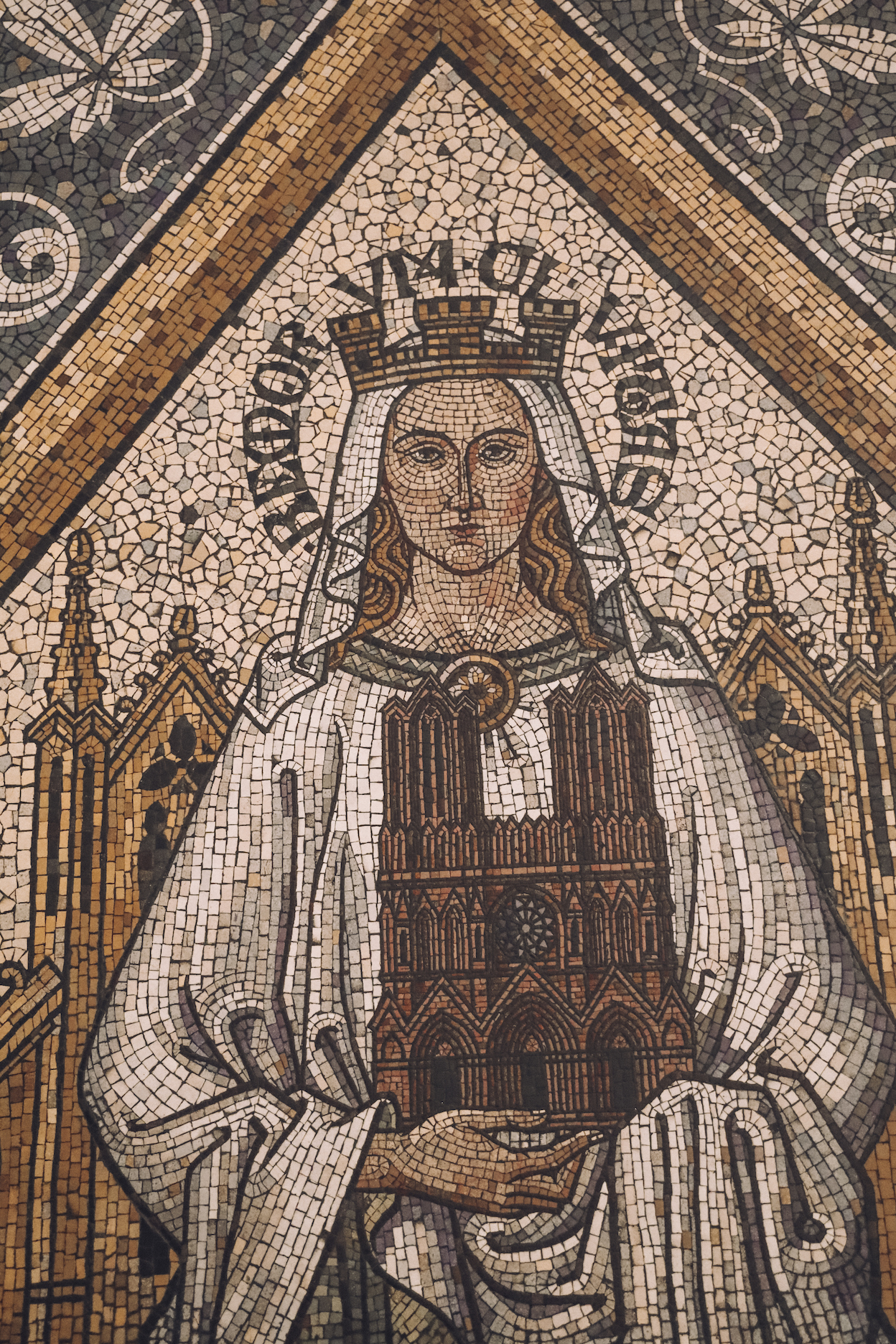 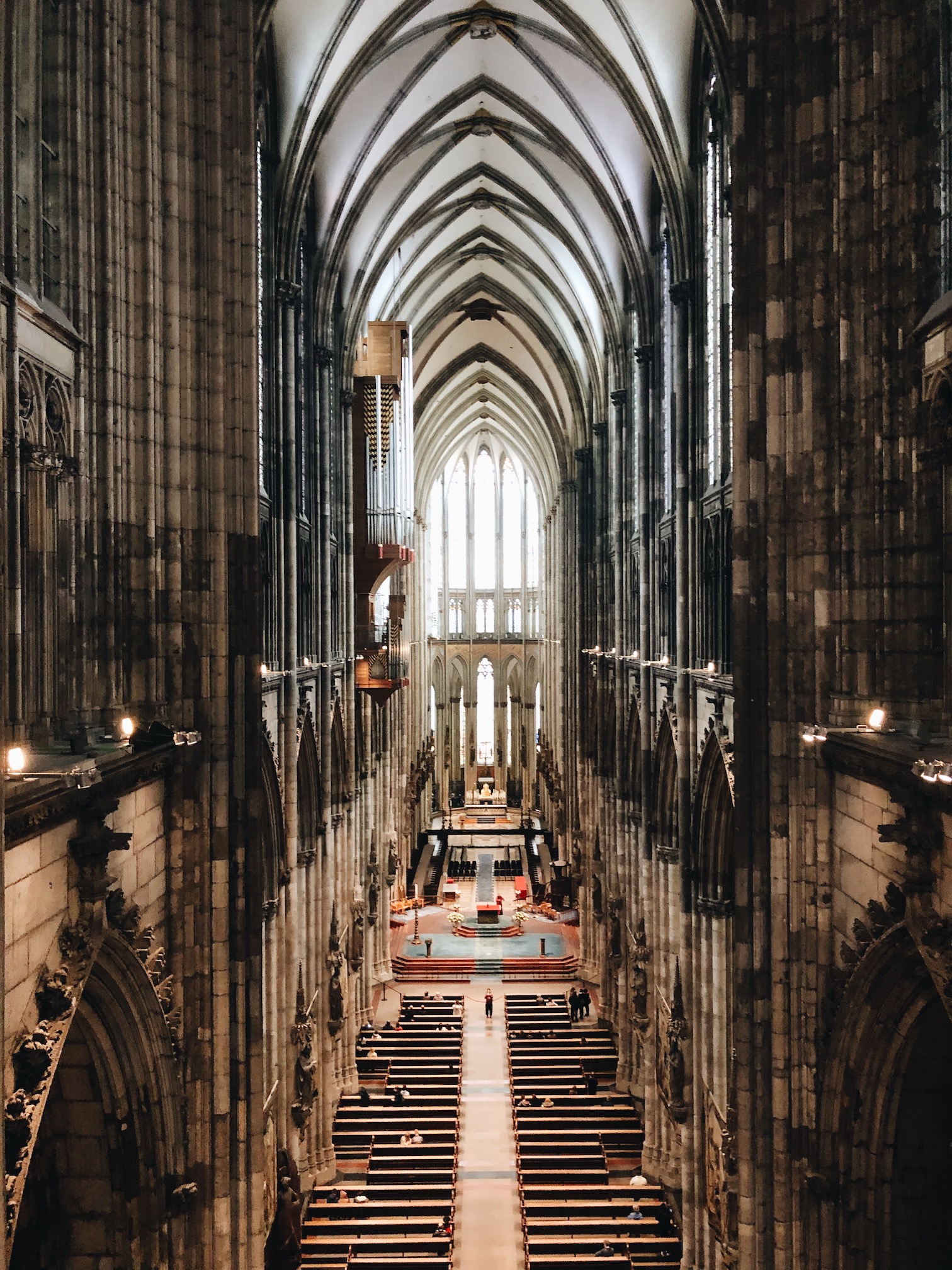 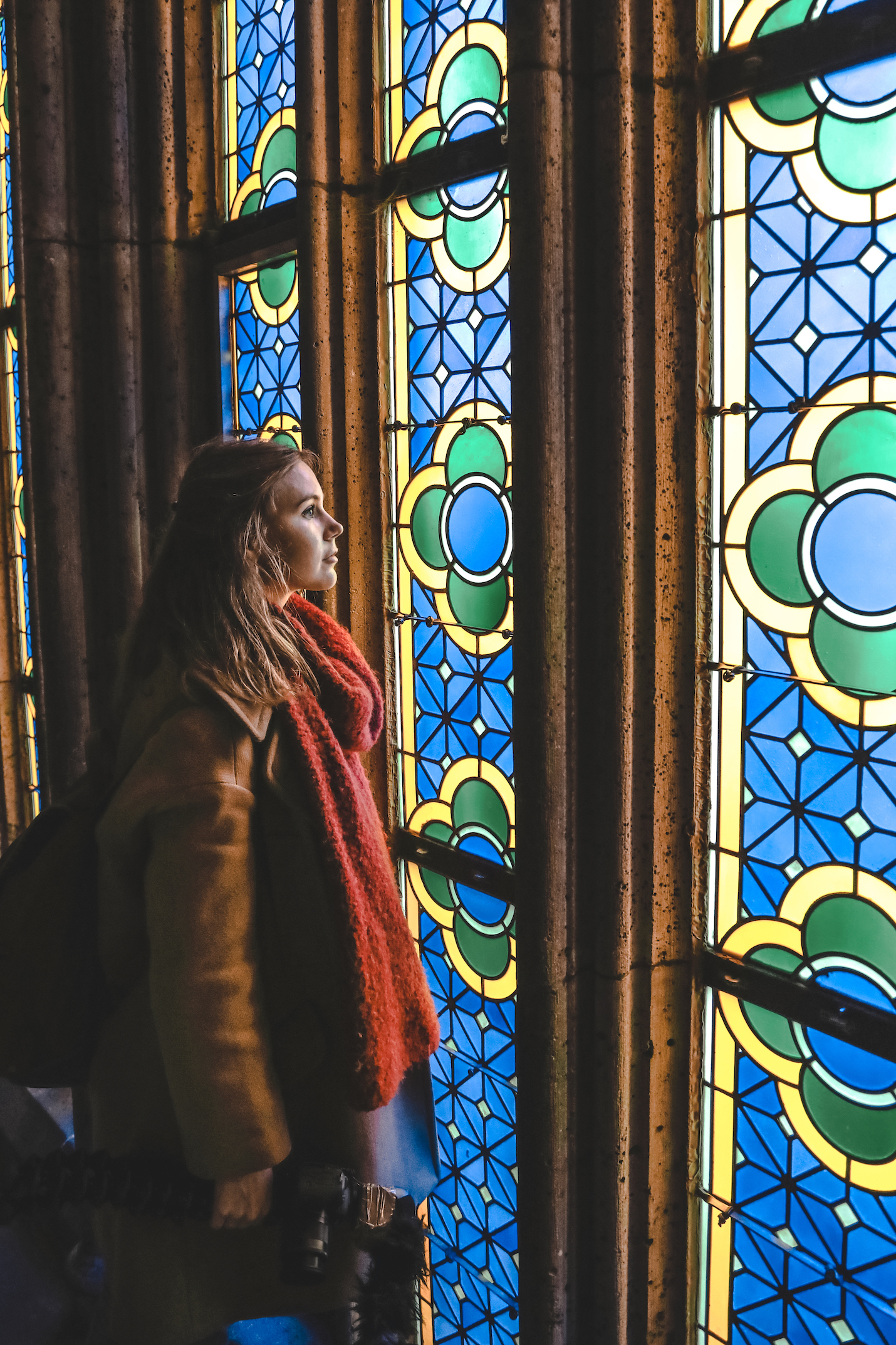 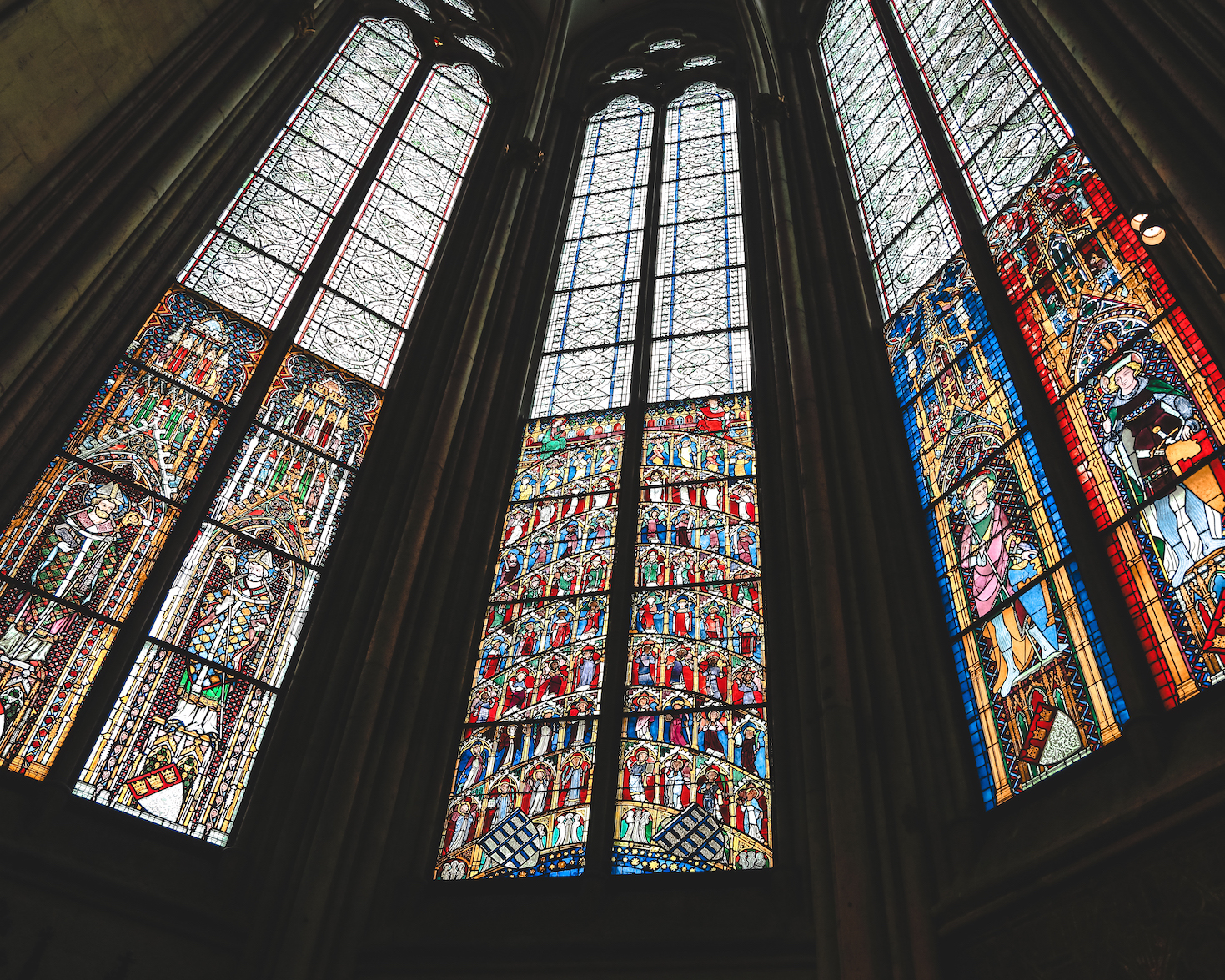 This brand-new part of Cologne lies on the banks of the river Rhine and is the starting point for many galleries, showrooms and restaurants. Its futuristic architecture, in particular, charmed us. The glass buildings on the water, also known as Kranhäuser, define the skyline of Rheinauhafen. Some other interesting attractions located in Rheinauhafen are the Chocolate Museum and the German Sports and Olympic Museum. 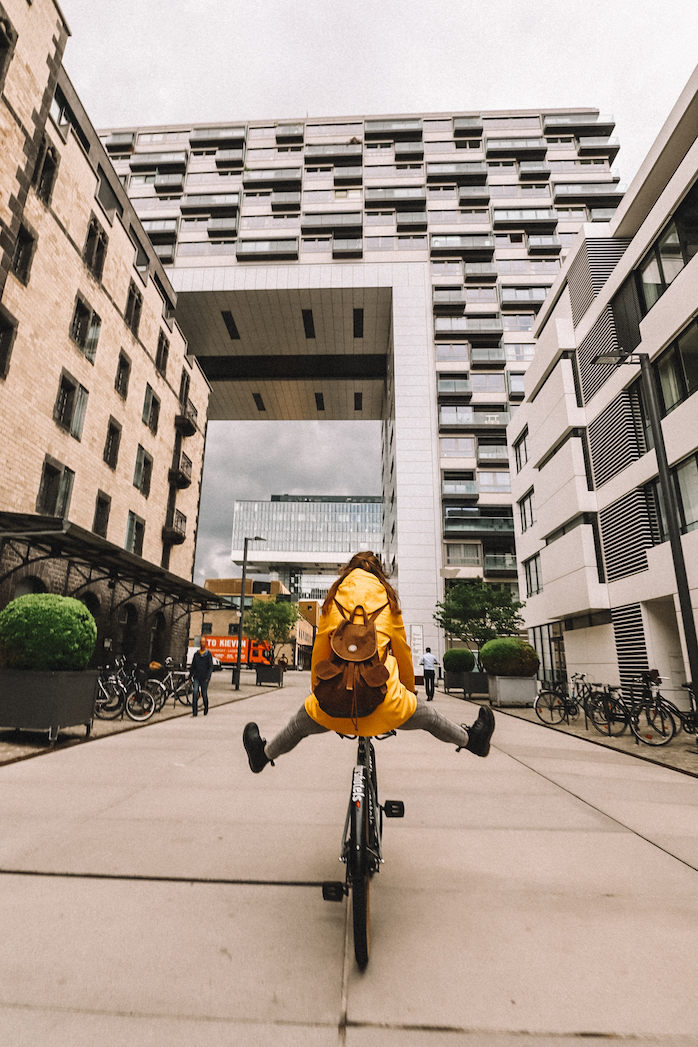 Discover Rheinauhafen in Cologne by bike

In this trendy neighbourhood, the street names were named after Belgian cities and towns. Years ago, a handful of artists and clubs moved to this district as the centre of Cologne had become too expensive. It is a hidden Paris for shopping lovers. There are mainly old school boutiques and nice shops, where you can walk for hours.

How to get to Cologne?

One of Cologne’s major advantages is the central location of the station. From Brussels-Midi it takes just under 2 hours to get to the centre of Cologne, almost bumping into with Cologne Cathedral. The Thalys is a very pleasant way to discover the German cities. 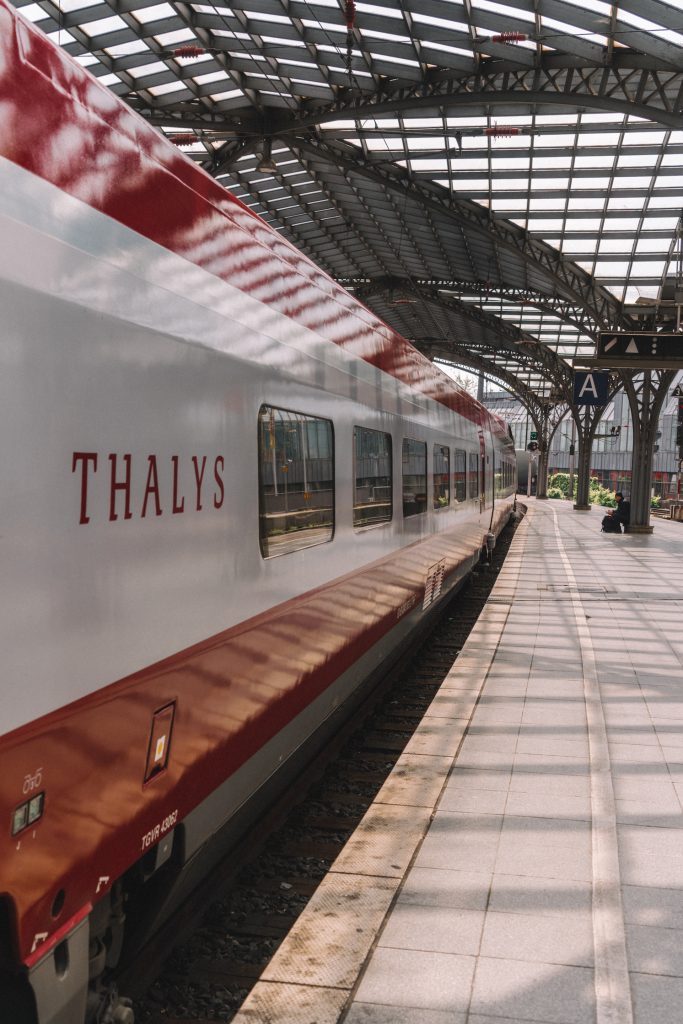 Thalys has a very good connection from Brussels to Cologne

If you are looking for a good and interesting guide in Cologne, please contact Jesse Von Laudenberg (Jessevl@web.de).

This blog post was made possible in cooperation with tourism Germany.

Looking for another nice city in Germany, read all about Düsseldorf here! 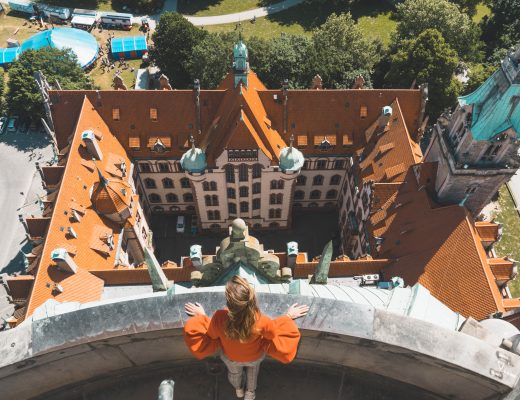 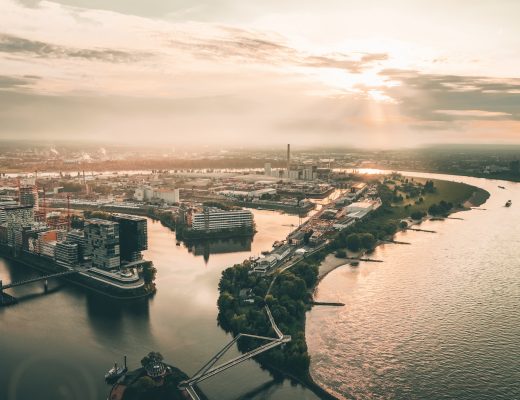 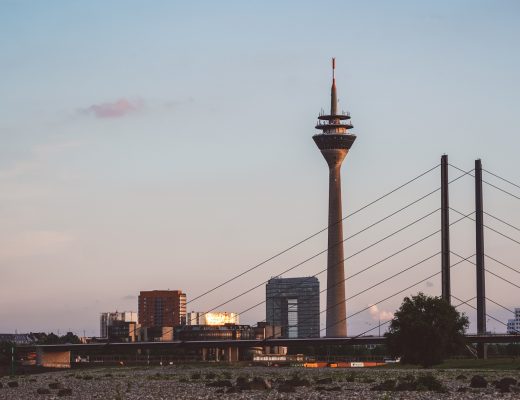