Home » Destinations » Europe » Belgium » The best of the Belgian coast; our favorite attractions in Nieuwpoort

The best of the Belgian coast; our favorite attractions in Nieuwpoort 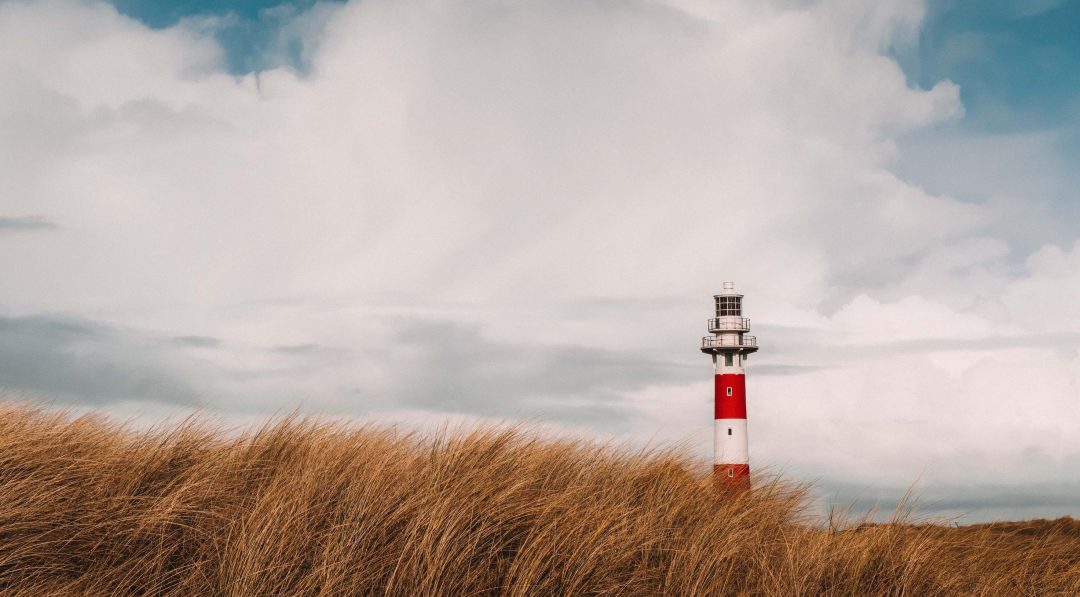 What are the main attractions in Nieuwpoort? A question I will answer with the necessary portion of enthusiasm! Nieuwpoort is by far my favorite place at the seaside because of the long beach where you can walk to Oostduinkerke, the nice shops, the ferry to Lombardsijde-bad, the luxurious harbour and the nice atmosphere. Nieuwpoort is changing a lot in a positive way and attaches great importance to the experience of the tourist. They focus on luxury, creating a beautiful environment, history of World War I and interesting culture. The combination of these aspects are making this place great!

What to do in Nieuwpoort?

‘The walking and cycling promenade’

After walking a dozens, or perhaps a hundred times on the walking- and cycling promenade, I still don’t get bored. This promenade along the ‘Havengeul’ connects the North Sea and the Marina. It is one of the most beautiful walking and cycling routes of the coast and is about 2 km long. The promenade is partly constructed in hardwood (the walking part) and partly in cobblestones (cycling part). After about 1 km they built a beautiful watchtower where you have a magnificent view over the IJzer, the nature reserve and the marina. 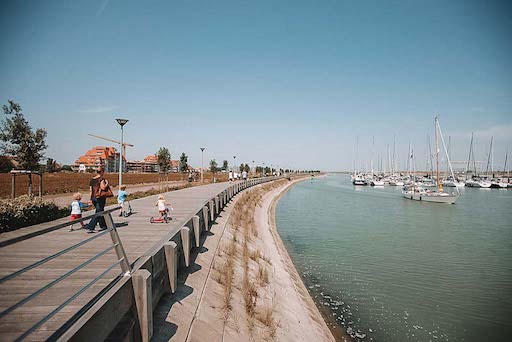 ‘The walking and cycling promenade’

Couples with children should definitely visit the Children’s Farm De Lenspolder. I still have many good memories of this in my childhood. This is the perfect place for children to get to know different animals in a natural environment. The typical farm animals such as goats, a pony, sheeps, pigs, ducks and geese are present. You will also find smaller animals like pigeons, ducks, geese, rabbits and guinea pigs. 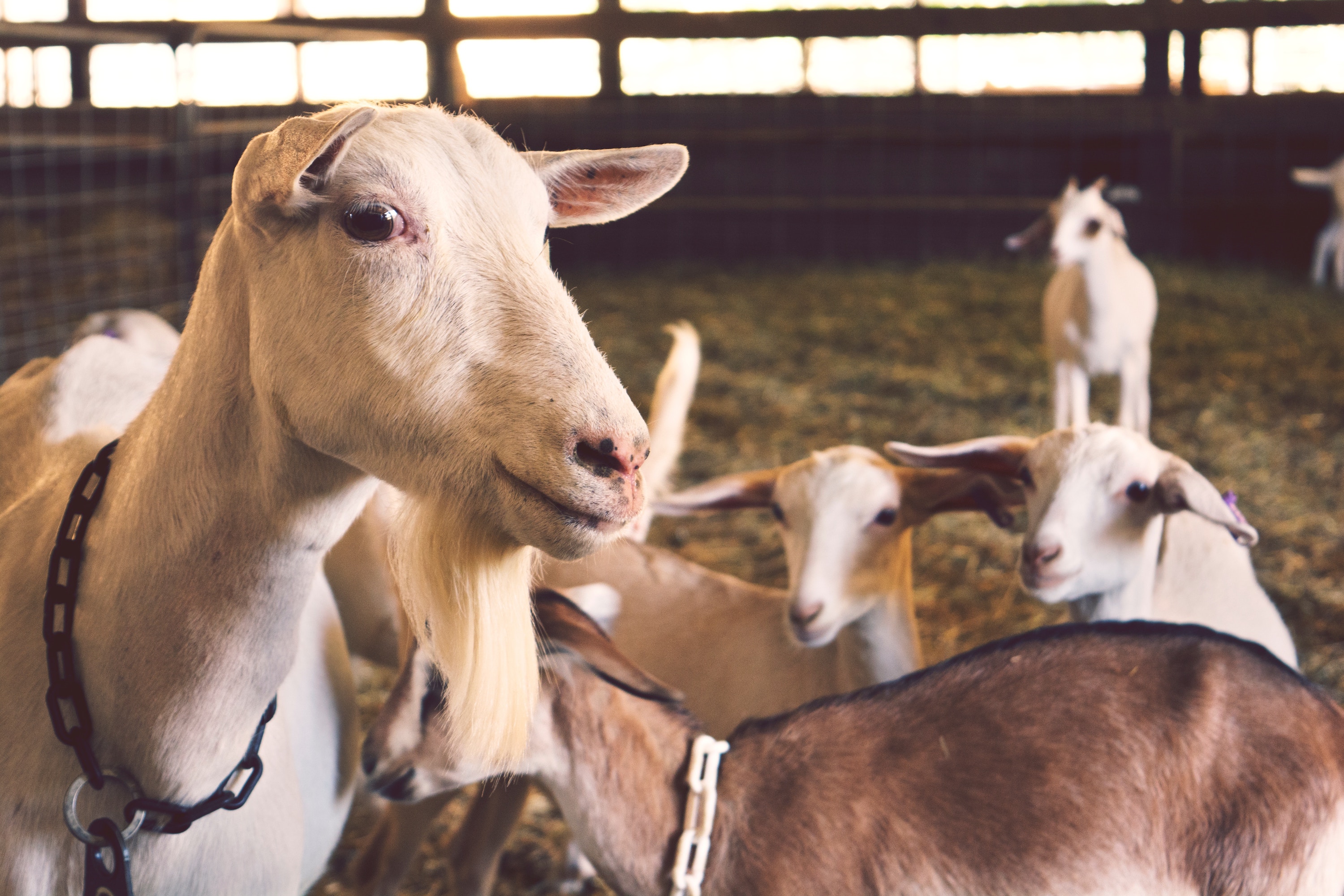 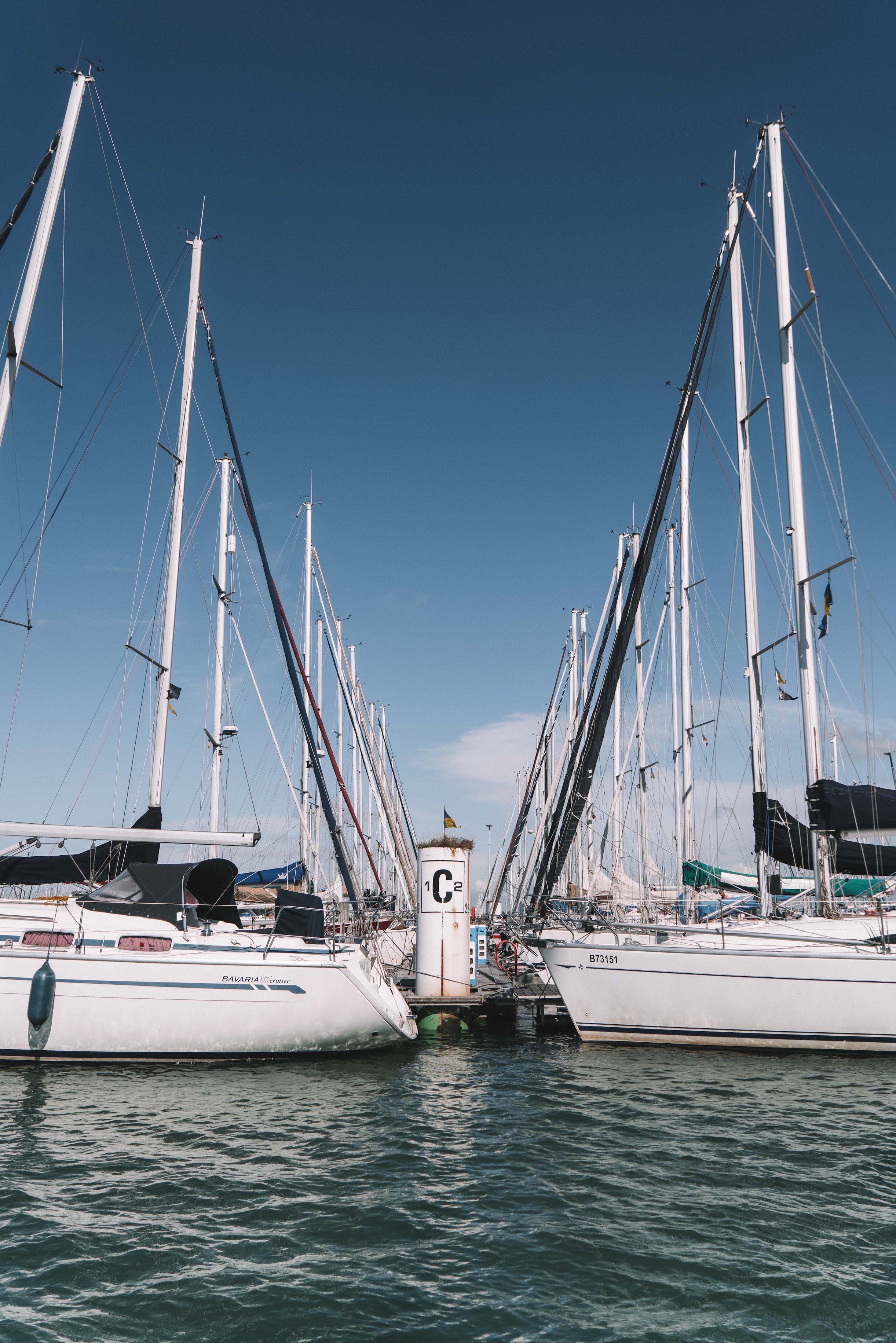 Nature reserve De IJzermonding is quite unique in Belgium with its specific fauna and flora of mudflats, salt marshes, dunes, beach and polders. As a child I went there every morning to collect seashells because this area is protected and produces so many beautiful shells. You can take the ferry for free from Nieuwpoort to the other side of the IJzer. Here, hikers and cyclists will have a great time! This reserve is also popular among photographers who try to capture the different wading birds together with the special biotope. 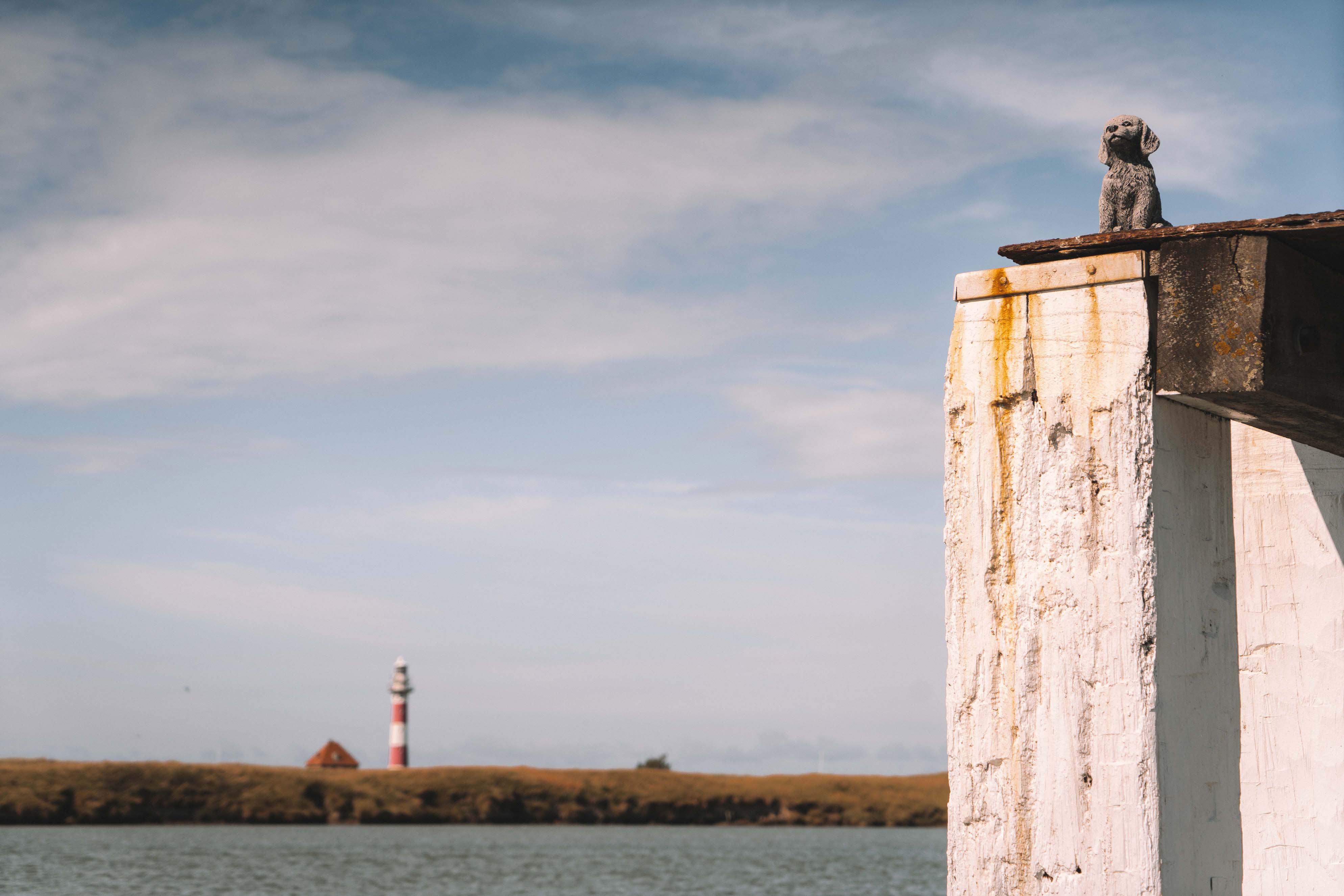 Beach sailing is a must-do if you are a bit more sporty. So you see at low tide many surfboards on wheels on the beache. In Nieuwpoort you can visit Wishbone to take lessons or rent equipment. 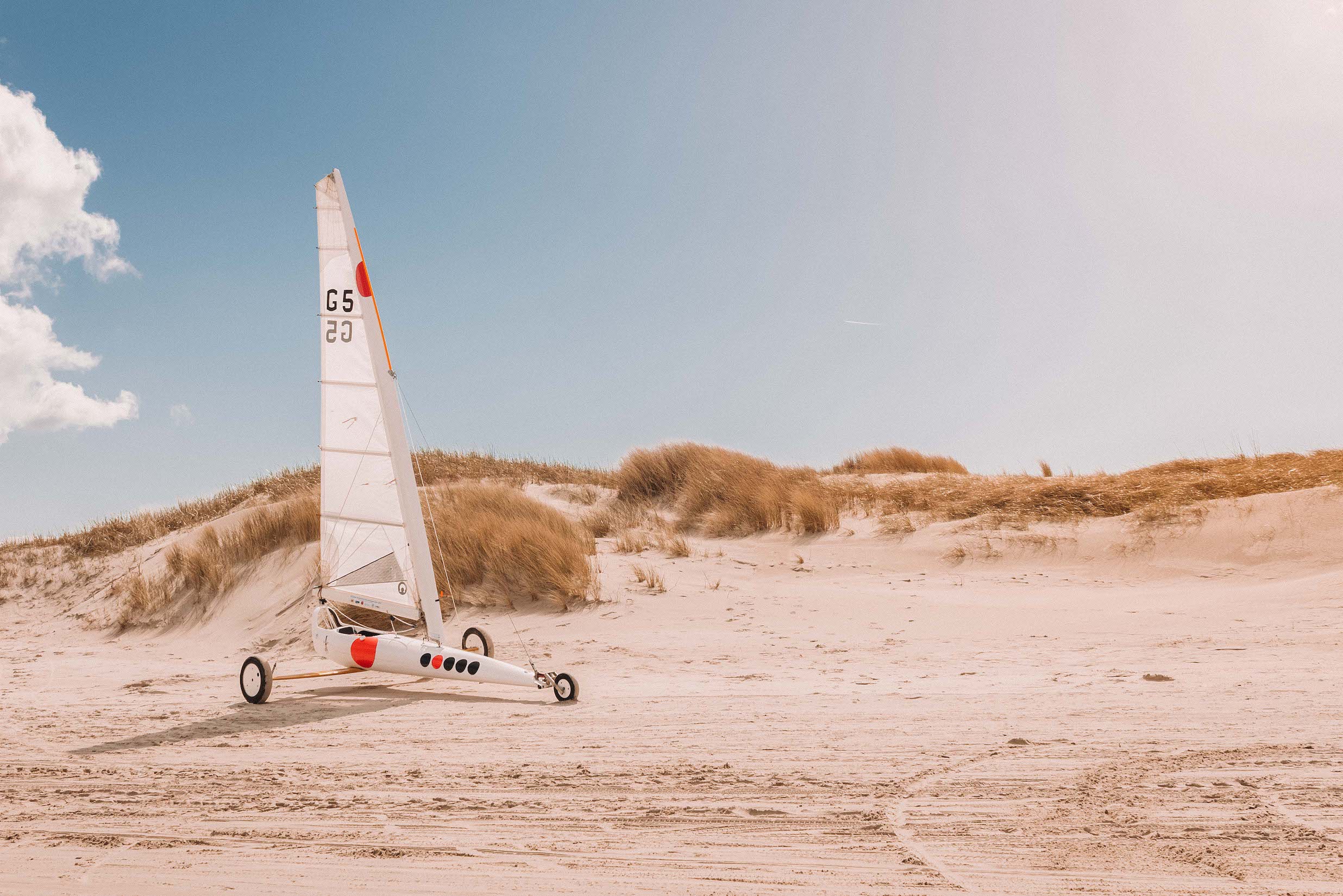 If you prefer to be on the water, you can try other fun water sports such as windsurfing, kayaking and sailing. 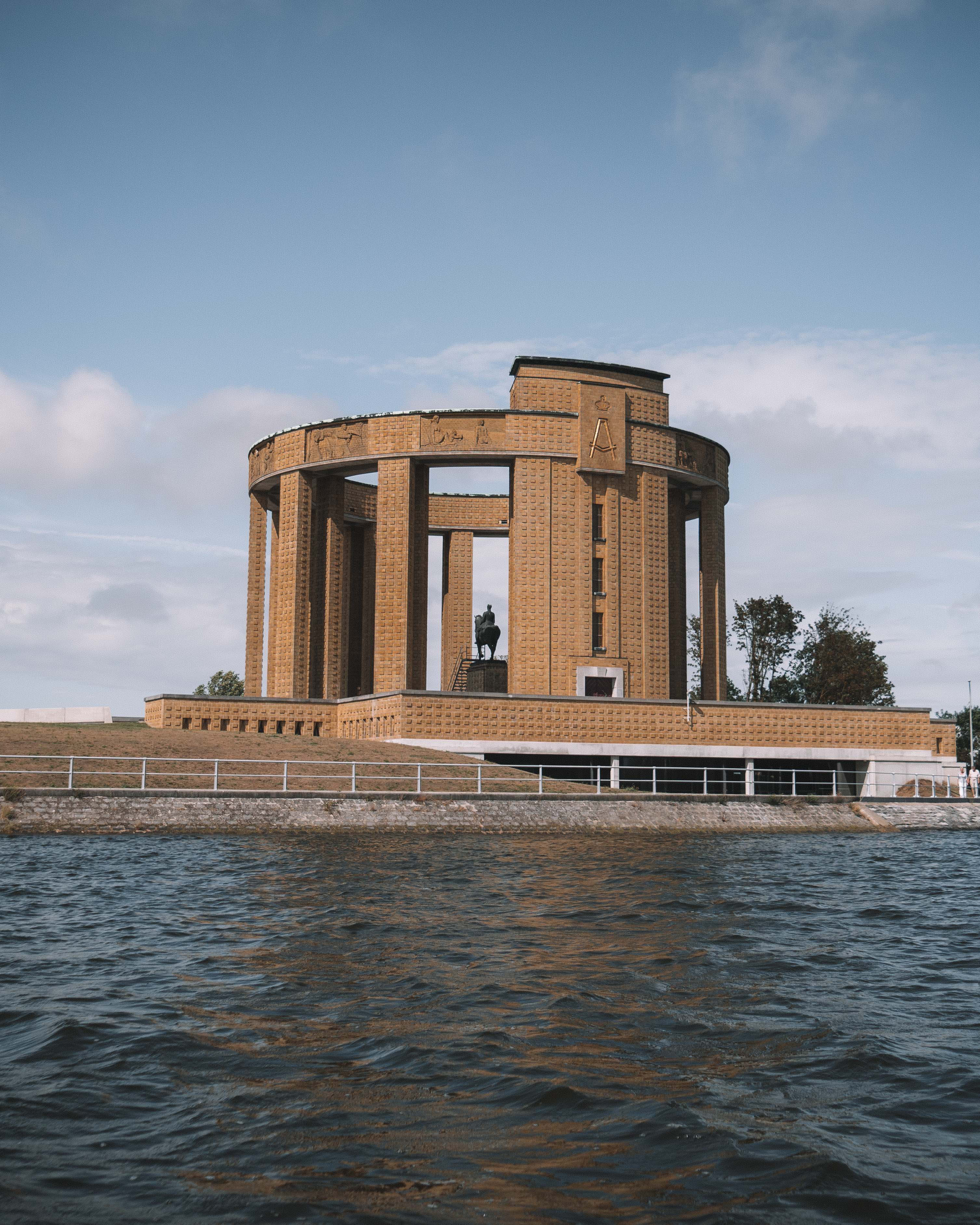 We did a nice boat trip with the local organization Flanders Tours which was organised by the amazing Dirk. A man, who is also the founder, with an enormous passion for the region. He will show you all around Nieuwpoort and its surroundings. Flanders Tours organizes excursions and boat trips especially for a targeted audience and in small groups.If you book an excursion with him, say ‘Hi’ from Lesley & Yannick! 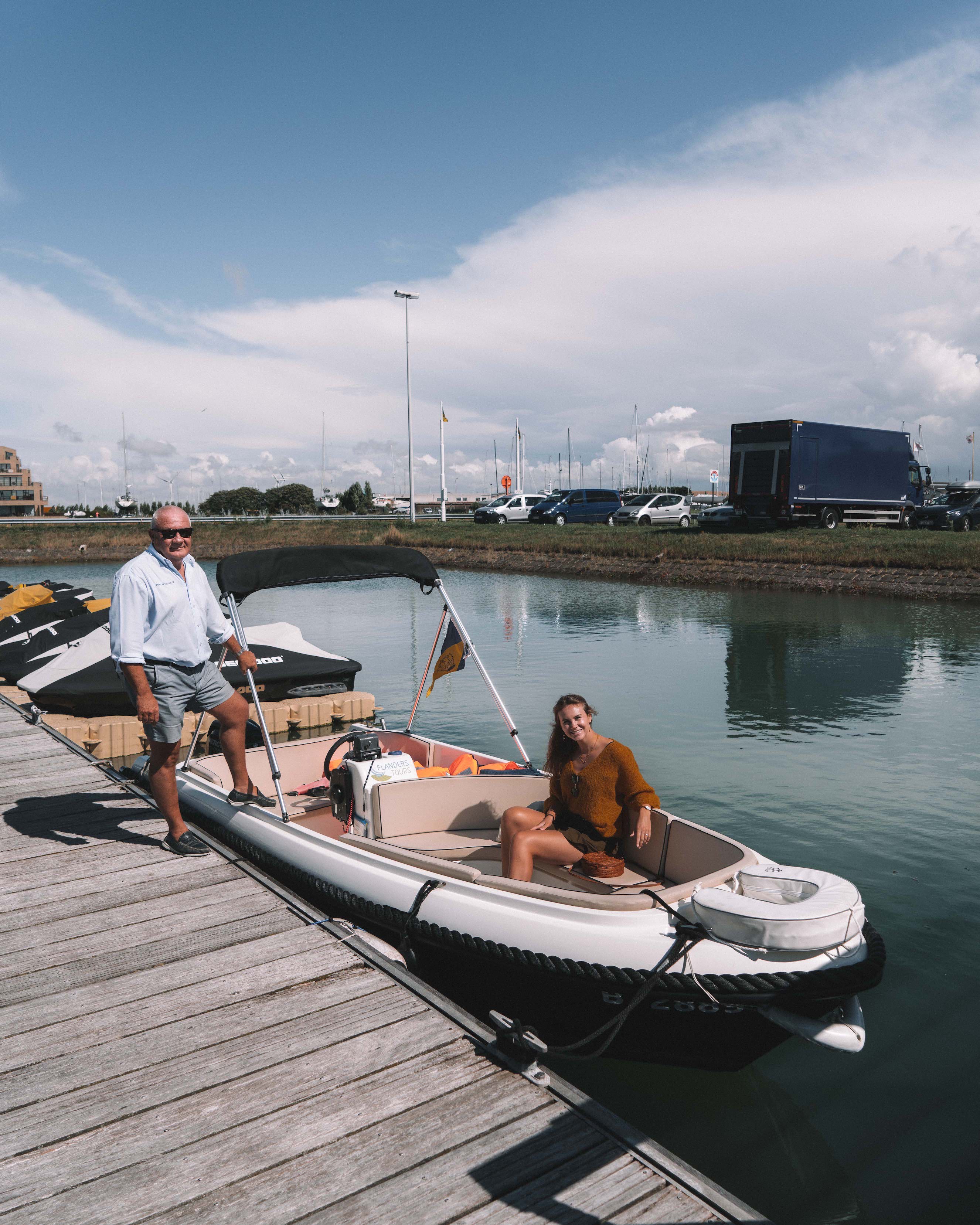 The start of our excursion with Flanders Tours

‘Shop till you drop’, shopping in Nieuwpoort

Nieuwpoort has grown enormously during the recent years, which has resulted in a huge number of fun, trendy and luxurious shops. In 2016, Nieuwpoort  bumped the famous seaside town of Knokke off the golden throne according to the reviews on the Zoover website. It is known that shopping will be part of your holiday. Nieuwpoort-bad has a huge range of shops, which are mainly located in the Albert I laan and the Lombardsijdestraat. Here it can be quite busy in the summer months June, July and August. If you prefer a quieter neighbourhood, you can better go to the streets between the Marktplein and Kaai which are in Nieuwpoort-stad.

The ultimate favorite is Lucy-Jane! This cute shop distributes clothing, shoes and accessories and is very trendy. With diverse brands as Tutu Chic, Lucky Lu, March 23, No Secrets World, Josh V, Dexters,… and many more. In just a few years she has already charmed many women. Founder and manager Nancy Triempont is a devout fashionista and will be happy to help you choose. Dress to destress is one of her favorite quotes!

Besides being a fashionista, she is also a huge animal lover. She has an Italian greyhound that you can spot in the store with some luck!

Ferrer is one of the most beautiful shops in Nieuwpoort, which brings haute couture lovers to a higher level. Famous brands like Marc by Marc Jacobs, R.E.D. Valentino, See by Chloé can all be found at Ferrer. The shop itself is very nicely decorated, but the clothes are quite pricey

One thing is for sure, you can spend some hours in the shopping streets of Nieuwpoort! 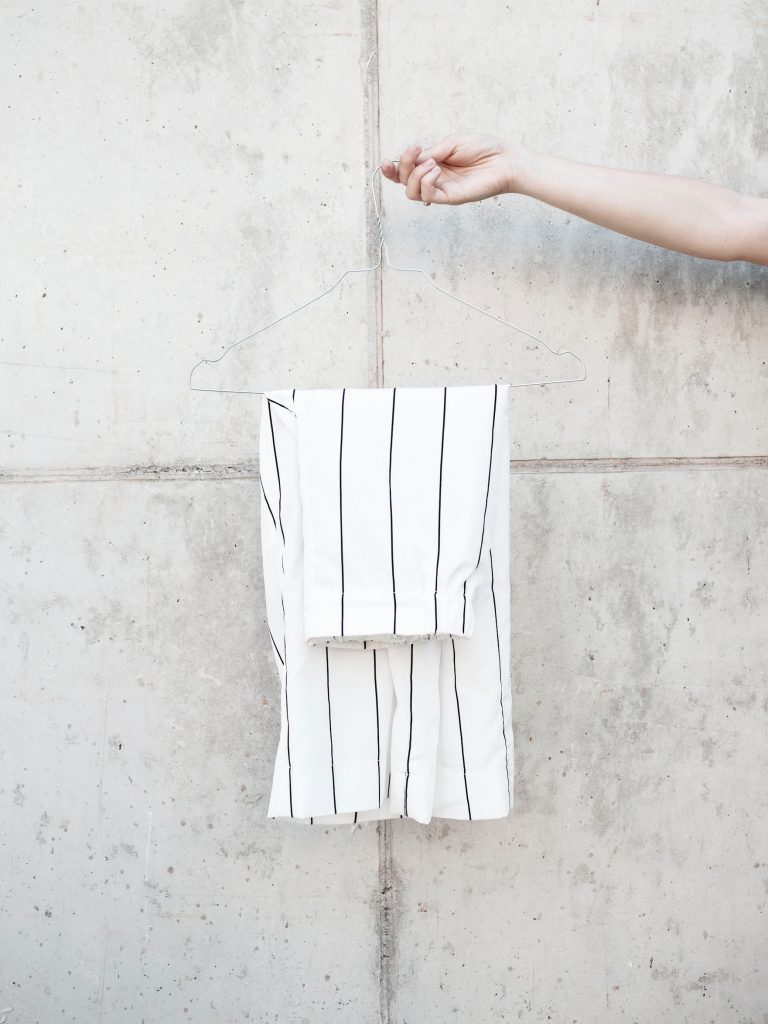 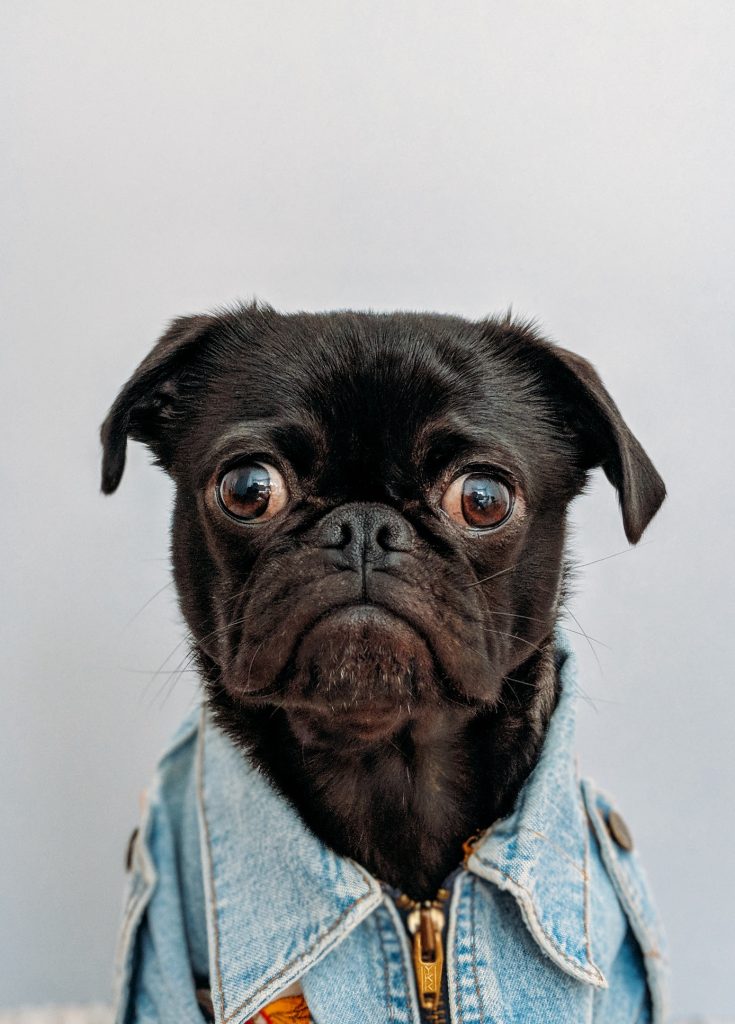 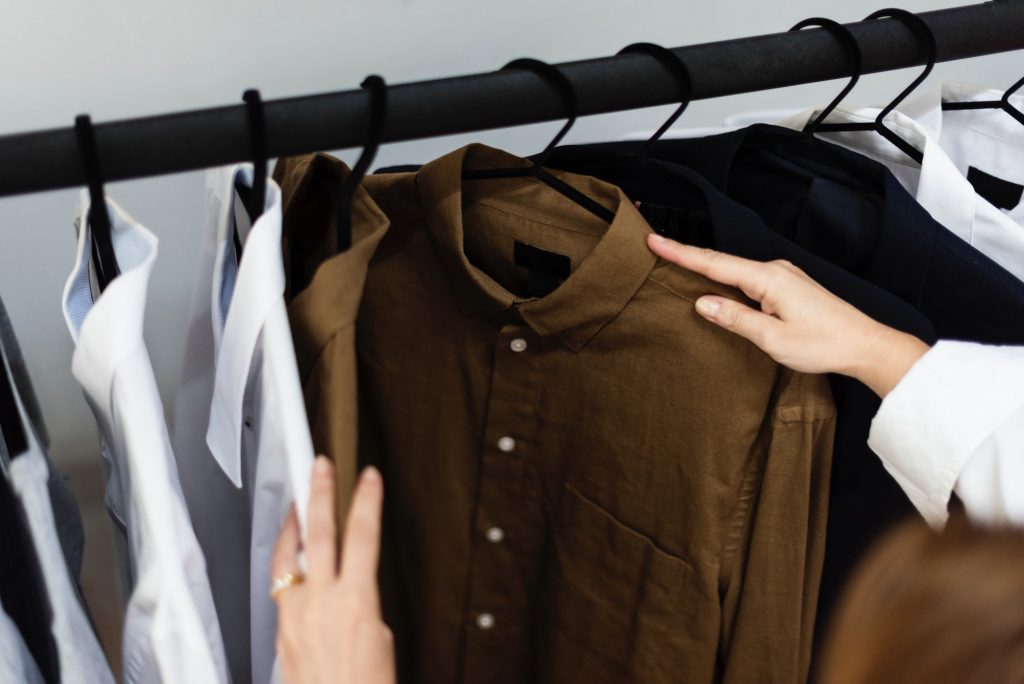 Read here everything about the best restaurants en trendy lunch spots in Nieuwpoort! 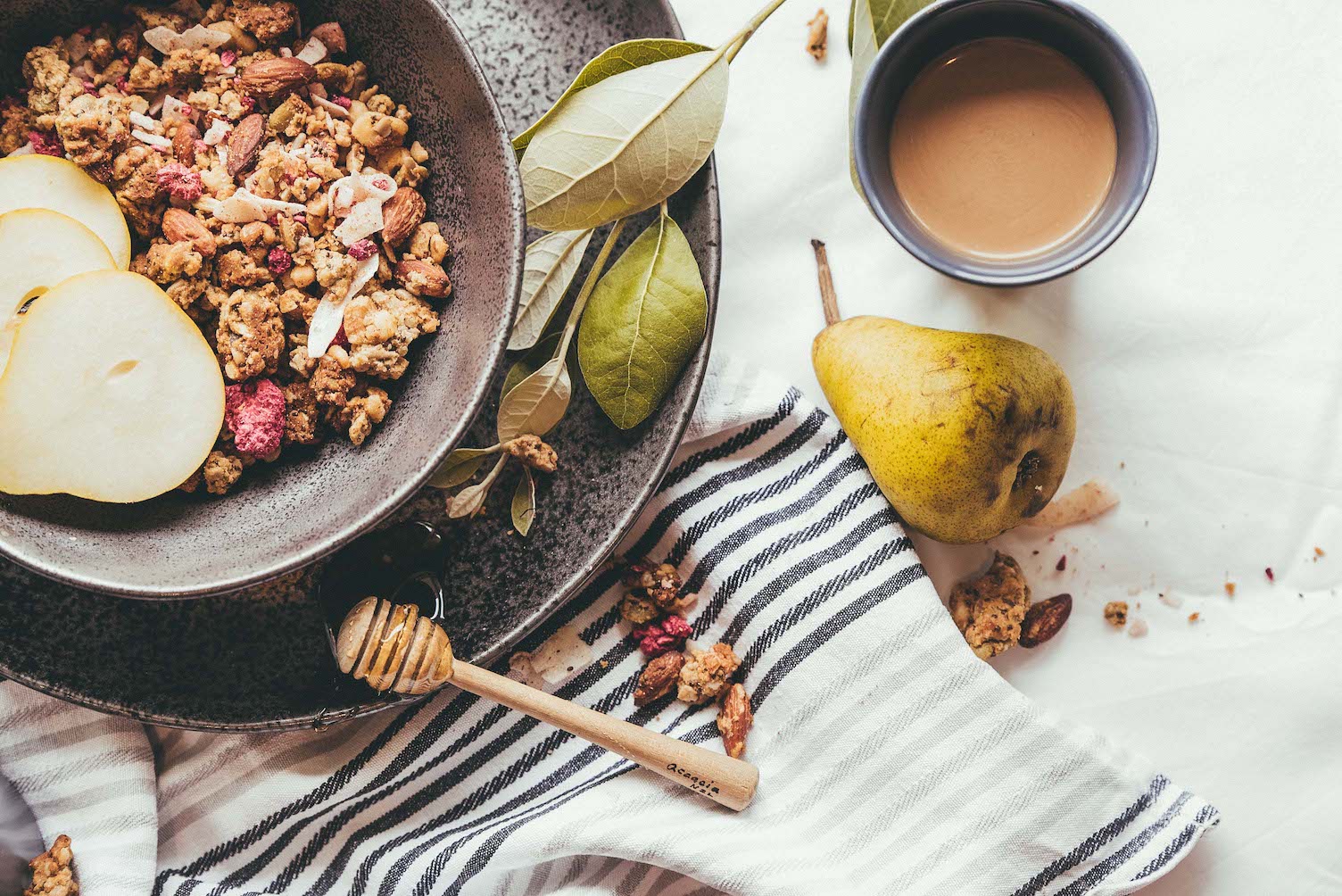 Looking for a unique stay or accommodation?

The average holidaymaker who goes to the seaside for a weekend or week, usually stays in an apartment. This is pleasant, but it is not a unique stay at all. We went looking for a special stay that just had a little bit more! We stayed in the Homeboat Nieuwpoort. This accommodation is categorized as ‘Glamping’ where an apartment was built on a catamaran. A unique and original stay that can charm both young and old! Read here our extensive review about our stay in the Homeboat Nieuwpoort!

I LIKE MY MORNINGS BRIGHT AND COSY ✨❤️🦋 ➳ Nieuwpoort is my second home town since I was 2 years old 🐚 This time we stayed at the extraordinary homeboat, which was a totally different experience 👏🏼🌊 A true home coming feeling 💫 #dekust #toerismewestvlaanderen #nieuwpoort #westtoer #hetlekkerewesten #homeboatnieuwpoort

How to get around in Nieuwpoort

Nieuwpoort is a city that puts an enormous effort into the facilities for cyclists and walkers. The walking and cycling promenade is the best example of this! Furthermore, on the dike a subdivision has been made for walkers on one hand and for (electric) cyclists,… gocarts on the other hand. Of course you can always rent a gocart with a few people and have some fun

. The coastal tram also runs through the seaside town of Nieuwpoort, which is interesting if you want to move from one side (Lombardsijde) to the other side (Oostduinkerke).

As everywhere at the coast, you need to pay in Nieuwpoort pool. There are 4 different zones and rates:

Nieuwpoort-stad  is less touristy so you don’t have to pay in most places. Only in the region around the Kaai you need a municipal parking ticket.

Nieuwpoort is particularly popular during the summer months, especially in July and August, when it is a summer holiday in Belgium. During these months, temperatures fluctuate between 18°-25°. We are in Belgium where the weather can be very variable, so it is advisable to check the weather forecasts before you leave! The current weather forecast for Nieuwpoort can be found here! 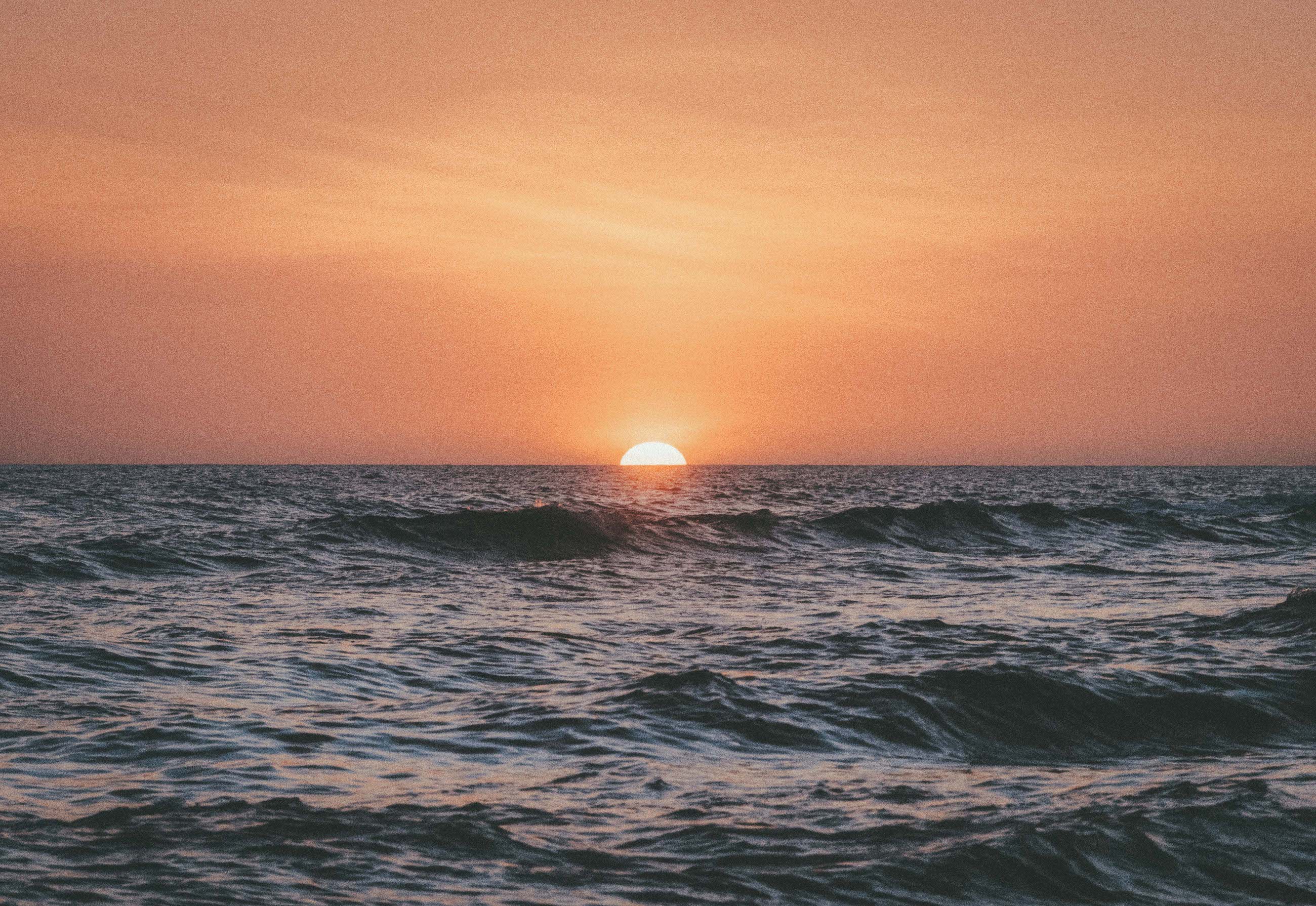 This article was in collaboration with Westtour. 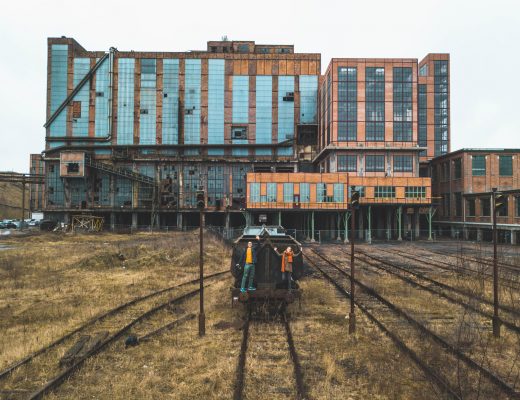 Beringen, more than a historical mine site 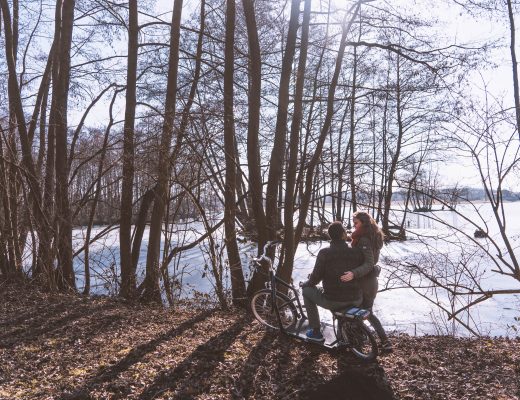 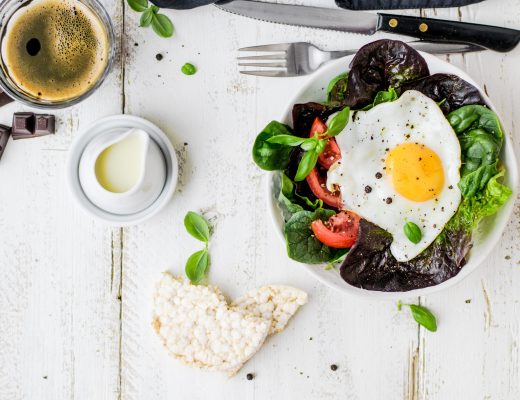 The best restaurants and trendy lunch spots in Nieuwpoort